Social Service professionals take note! Get involved and help your neighbors! Give back to the community where you do business!

The Venice Stakeholders Association, in conjunction with the property owners on Third Avenue between Rose and Sunset, has instituted regular clean-ups of that street, sidewalks and parkways. The program is funded by Venice residents who have donated funds to the VSA for this service. 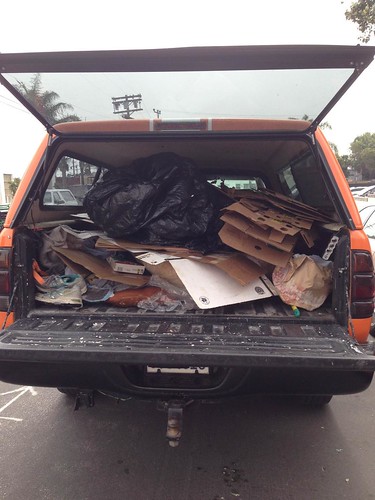 City Sanitation Department clean-ups take several weeks to arrange while the VSA service operates five days a week on weekdays. “There is an incredible amount of stuff left by campers on the sidewalks and in the street everyday but the City does not patrol it everyday as they should, so some residents stepped up to fund regular clean-ups,” said Mark Ryavec of the VSA. The clean-up crew collects enough to fill at least a small station wagon every time they sweep the street.

“The City is in a sad state when we pay taxes for sanitation services but the best the City can do is the occasional clean-up and only by appointment through the Council Office,” Ryavec said.

“The irony is that the City is responsible for the mess because the previous City Attorney entered into the Jones Settlement, which allows campers at night on sidewalks anywhere in the City,” the VSA leader said. The City Council then approved the misguided settlement, which should have focused only on Downtown’s Skid Row, which is where the lawsuit originated, not in Venice.

“The residents are fed-up with the squalor, trash, food waste, late night noise and the property thefts in the area that appear to emanate from this location. The residents of one apartment complex around the corner from Third Avenue had 8 bikes stolen in three months,” Ryavec said.