Terrell Horne III, a crew member of the 87-foot Coast Guard Cutter Halibut based out of Marina Del Rey, died December 2nd from injuries sustained while conducting maritime law enforcement operations off the California coast. He was killed in the line of duty while attempting to apprehend smugglers in the waters near Santa Cruz Island. He leaves a wife and three lovely small children living in Redondo Beach. 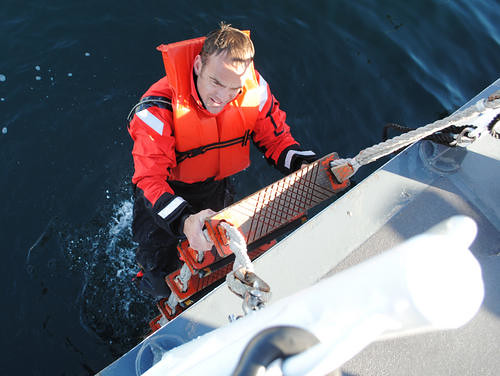 I attended Terrell’s memorial service. Throughout the ceremony I struggled to reconcile how, on one hand three children lost their father because he was trying to stop an illegal activity – smuggling pot into the United States from Mexico – while at the same time, a bunch of people in green pajamas are selling pot on the boardwalk in Venice, openly and notoriously, under the legal fiction of helping sick people.

The community at large rightly has varying opinions regarding what the law should be regarding the sale, transportation, and use of “illegal” drugs. But, the questions remains . . . how many more children are going to be orphaned in this country and in Mexico before we reconcile our morass of conflicting laws, federal, state and local, on this issue? I feel like we are all to blame for this.