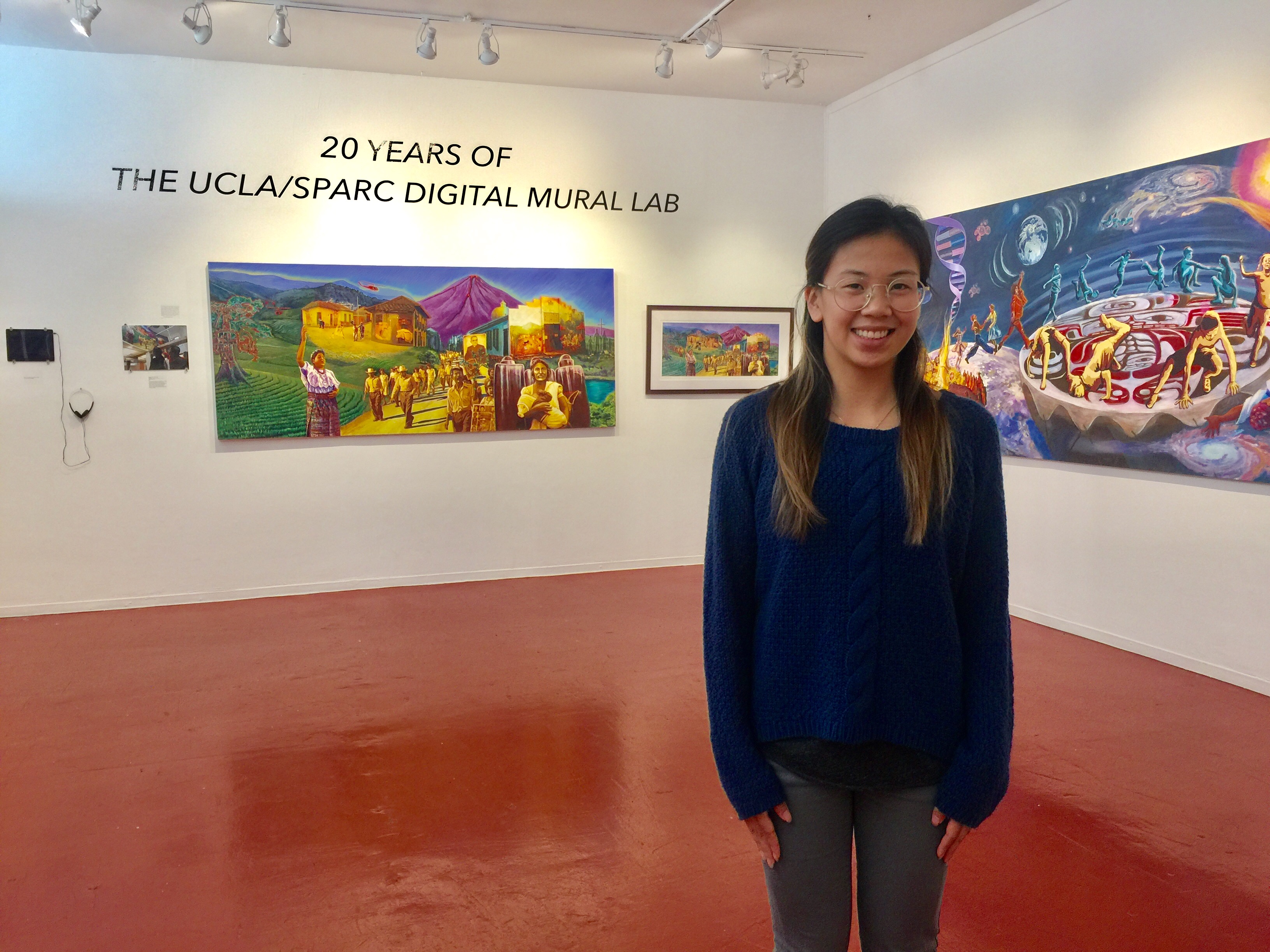 Elaine Raif stands in the Durón Gallery at SPARC in Venice.

The building used to be the old Venice Police Station, but it hasn’t been an active station since the seventies. For the past forty years, something very different has gone on behind its doors.

Inside, the bones of the old Police Station remains mostly intact. The worn wood frame of the front intake desk and solid bars of old jail cells still tower from floor to ceiling. The decor, frozen in time, belies the future forward thinking movement that now graces the space.

SPARC is best know for a half a mile long mural in the Tujunga Flood Control Channel of the San Fernando Valley called The Great Wall of Los Angeles. It i is one of the country’s most respected and largest monuments to inter-racial harmony and “the longest mural in the world” said Raif.

The Great Wall depicts the history of ethnic people in California from prehistoric times to the 1950’s. Conceived by Baca, painting began in 1974 and continued over five summers. To get the job done, SPARC employed over 400 youth and their families from diverse social and economic backgrounds to work with artists, oral historians, ethnologists, scholars, and hundreds of community members.

Over the years SPARC has “commissioned over 100 murals in just about every ethnic community in Los Angeles,” said Raif. Using cutting edge technology, SPARC has recently restored nine murals deemed historically significant and are preparing to restore the Vietnam Veteran’s Memorial Mural in Venice that was vandalized in the lead up to Memorial Day last year. Work is scheduled to begin this month.

“Our intent is to examine what we choose to memorialize through public art. Our works are monuments rising from communities honoring histories and of course creating change. As well as, engaging our neighborhoods in much needed civic dialogue. SPARCs four pillars are Art, Community, Education, and Social Justice,” said Raif.

Explore the latest exhibition in the Durón Gallery, 20 Years of the UCLA/SPARC Digital Mural Lab and find out more about SPARCs work. The current show runs until April 8, 2017.