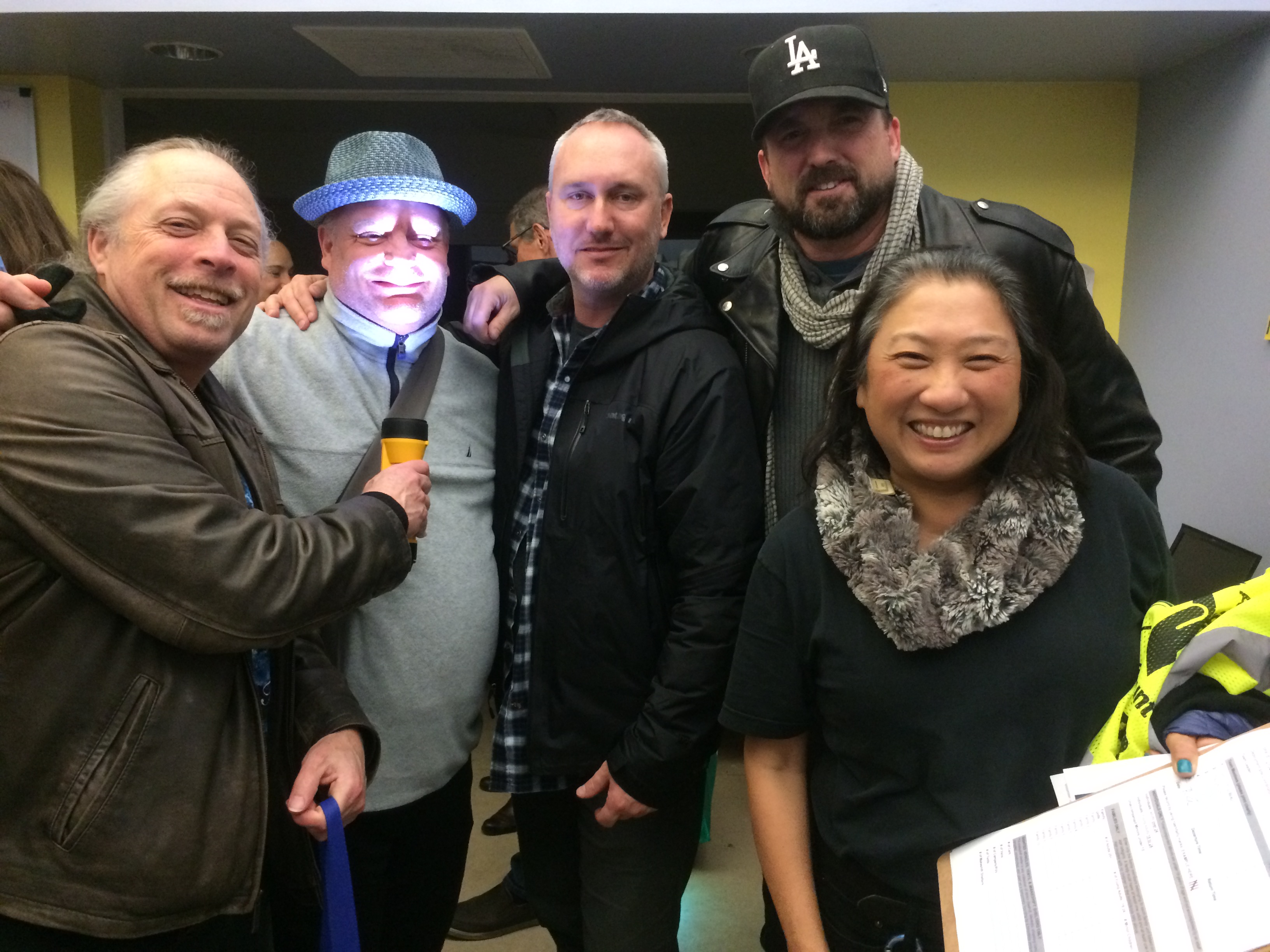 Left to right: Jeb Paulson, Nick Antonicello, Matt Royce, Will Hawkins, and Sunny Bak were in for the count.

On a chilly Wednesday night in Venice last week, community volunteers warmed hearts as they came out to support the annual Homeless Count.

Over 50 volunteers gathered at the Venice Community Housing Corporation (VCHC) in the evening on January 25th to divide and conquer the Venice-specific homeless count. In teams of three to four, neighbors set out to quantify the reality of those living on the streets.

The count is invaluable for helping to collect data that will ultimately contribute to the end of homelessness. LASHA says “All across Los Angeles, every January, we embark on a three-day mission to count our homeless neighbors. From these efforts, and thanks to our caring communities, we don’t have to accept homelessness as an unsolvable problem.”

Locally, the Venice Community Housing Corporation is an organization and resource for the Venice homeless community. Development Director, Mynra Bohan, said they are thrilled to serve as a homeless count partner and hosting agency year after year, as the count is as important for them as it is for the city and LASHA. It helps them with their annual projections to do the work they do, and they love spearheading community volunteers.

The impressive turn out on Wednesday night was a reminder of the camaraderie that exists in Venice. From city officials to VCHC founder Steve Claire to Venice Neighborhood Council (VNC) Homeless Committee members to homeowners and neighbors alike.

The result of this year’s citywide count is expected to be in around May. In 2016, the total number of homeless in Council District 11 was 2,529. A breakdown of the citywide numbers from last year’s count is online at www.lahsa.org/homeless-count/reports.

To learn more about LASHA go to www.lahsa.org/about and to see what the Venice Community Housing Corporation is up to, and to get involved, visit their website at www.vchcorp.org/about-us.