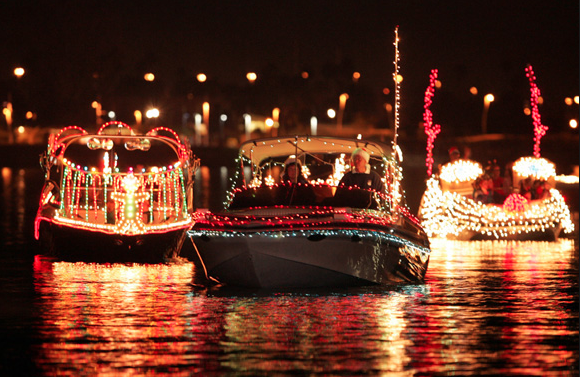 Each year  boats decorated in lights and banners wow onlookers.

The theme this year is Adventures on the Sea.

The fun begins this afternoon at Burton Chase Park where there is currently a winter wonderland with real snow, and food trucks. Fireworks at 5:55pm will mark to beginning of the parade which will run from 6:00pm – 8:00pm in the Marina.

The will be a DJ and a complimentary desert station at the official after-parade party at Whiskey Red’s, 13813 Fiji Way, Marina Del Rey.