From Gale Holland via The Los Angeles Times:

Bill Rosendahl lifts his walker over the threshold and carries it into the grow room before anyone in his entourage — press secretary, pot shop owner, pot consultant and bud tender — can rush over to help. 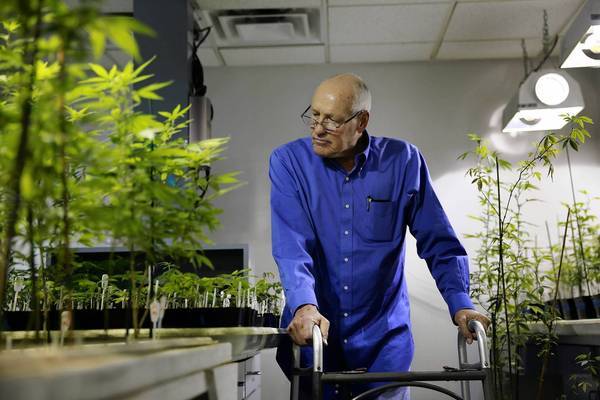 Even after 13 hits of radiation and seven rounds of combination chemo, Rosendahl moves steadily, straight as a poplar, past 2-foot-high cannabis plants labeled Hindu Skunk and Humboldt O.G. And, he says, Herbalcure, the Westside pot dispensary we’re touring, is responsible for his vigor.

This is what decades of battles over marijuana use have come to in L.A.: A city councilman taking a journalist around to show where he scores his dope.

Rosendahl doesn’t find it as incongruous as I do: After the Westside councilman was diagnosed with cancer, Herbalcure and The Farmacy, a Venice dispensary, developed a weed regimen for him that he says wiped out the pain that once had him writhing in bed, incapacitated.

“The brain is back, the energy is back,” he said. “Life is now worth living.”

Click here to continue reading the rest of this article at The LA Times!