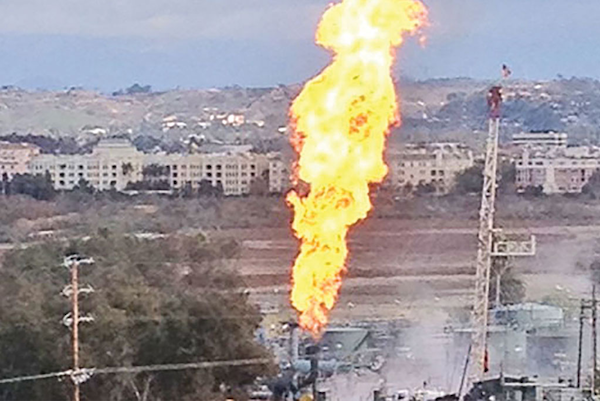 Lawmakers are calling on the state of California to develop a timeline and plan for closing the SoCal natural gas storage facility in Playa Del Rey.

On March 8th, Culver City City Council voted to approve a resolution calling on the state to present a timeline and plan for the closure of the facility, one known for leaks and blowouts. The facility had to shut down for a year in 2011 due to several leaks found by state officials. The most recent incident happened in 2013 when a vent stack exploded causing visible flames to shoot up in the air.

“We’ve known for years that natural gas storage facilities like the one at Playa del Rey do not have a future in our energy system or in our neighborhoods,” said Ethan Senser, Southern California Organizer for Food & Water Watch. “It’s time that we started planning for that reality at Playa del Rey. While SoCalGas squeezes out profit from the gas field, residents, workers, and the public at large are left as afterthoughts. Governor Newsom has a responsibility to put the needs of the community first by following Culver City’s lead and committing to building real solutions for the safe, fair and equitable transition away from natural gas.”

In addition this week the L.A. City Council Rules, Elections, and Intergovernmental Relations Committee voted to advance Councilmember Mike Bonin’s motion calling for a just transition plan from the State to shut down the Playa del Rey gas facility. with Similar language was used in Culver City.

The Playa del Rey oil field was converted to a gas storage field by the SoCalGas in 1955. Although primarily used for gas storage, SoCalGas continues to produce oil and gas from the oil field. The proximity to residential areas has also remained a point of concern. The facility, once located far away from residents, is now in the vicinity of homes. This increases the possible amount of harm caused if natural gas were to leak opponents of the facility say.

The trend of municipalities moving towards renewable energy is also a force behind the move.

“Most decision-makers get overwhelmed with the enormity of the necessary task of moving away from fossil fuels, but Culver City shows the way, taking one step at a time,” said Marcia Hanscom, Executive Director of Ballona Institute.