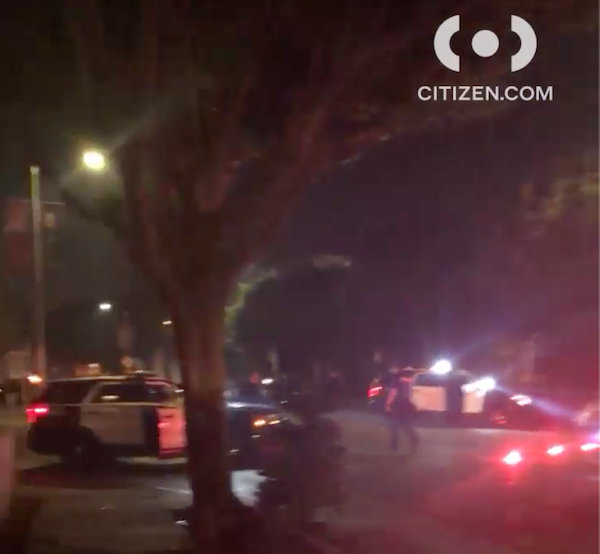 Three suspicious devices were found Thursday evening at the site of an under-construction homeless shelter in Venice, forcing street closures and evacuations of nearby residents.

Yo! Venice previously reported, via a Los Angeles Police Department (LAPD) on-duty officer we spoke with over the phone, the suspicious device that was found in the area of Main Street and Rose Avenue in Venice Thursday night was a “fax machine”. On Friday morning, the LAPD Media Relations division corrected this description to say that the devices were facsimile devices, not a fax machine.

While the LAPD would not provide more information about the incident, in statement Councilmember Mike Bonin said that there were three separate devices.

“While they were apparently designed to look like explosive devices, LAPD’s bomb squad determined that none of them contained the necessary fuel to cause an explosion. LAPD removed the devices, conducted a safety sweep of the area, reopened streets, and allowed people back into their homes,” Bonin said.

The items were first reported to the LAPD around 6 p.m. Thursday and forced evacuations at Pacific Avenue and Main Street from Rose Avenue to Brooks Avenue. The LAPD Bomb Squad was on the scene as authorities investigated the package. By 10:30 p.m. police had let residents return to their homes.

The lot the devices were found at was a 3.15-acre lot that takes up an entire block between Pacific Avenue and Main Street south of Sunset Avenue that will soon be a 154-bed bridge housing center set to open in the coming months. The project has been the subject of legal action and pushback from opponents who think the shelter will disrupt the neighborhood. Bonin, in his statement, suggested that the facsimile devices could have been an intended attack on this shelter.

“This is an appalling incident perpetrated by a disturbed and cowardly person or persons. If it was meant to slow or halt progress on providing bridge housing, it failed. It is unacceptable and inhumane for people to be living and dying in sidewalk encampments in our neighborhoods. It is imperative that we get people off the streets. We will not be intimated, and we will not back down from providing solutions to our homelessness crisis,” Bonin said.

This story is still developing and will be updated as more information becomes available.