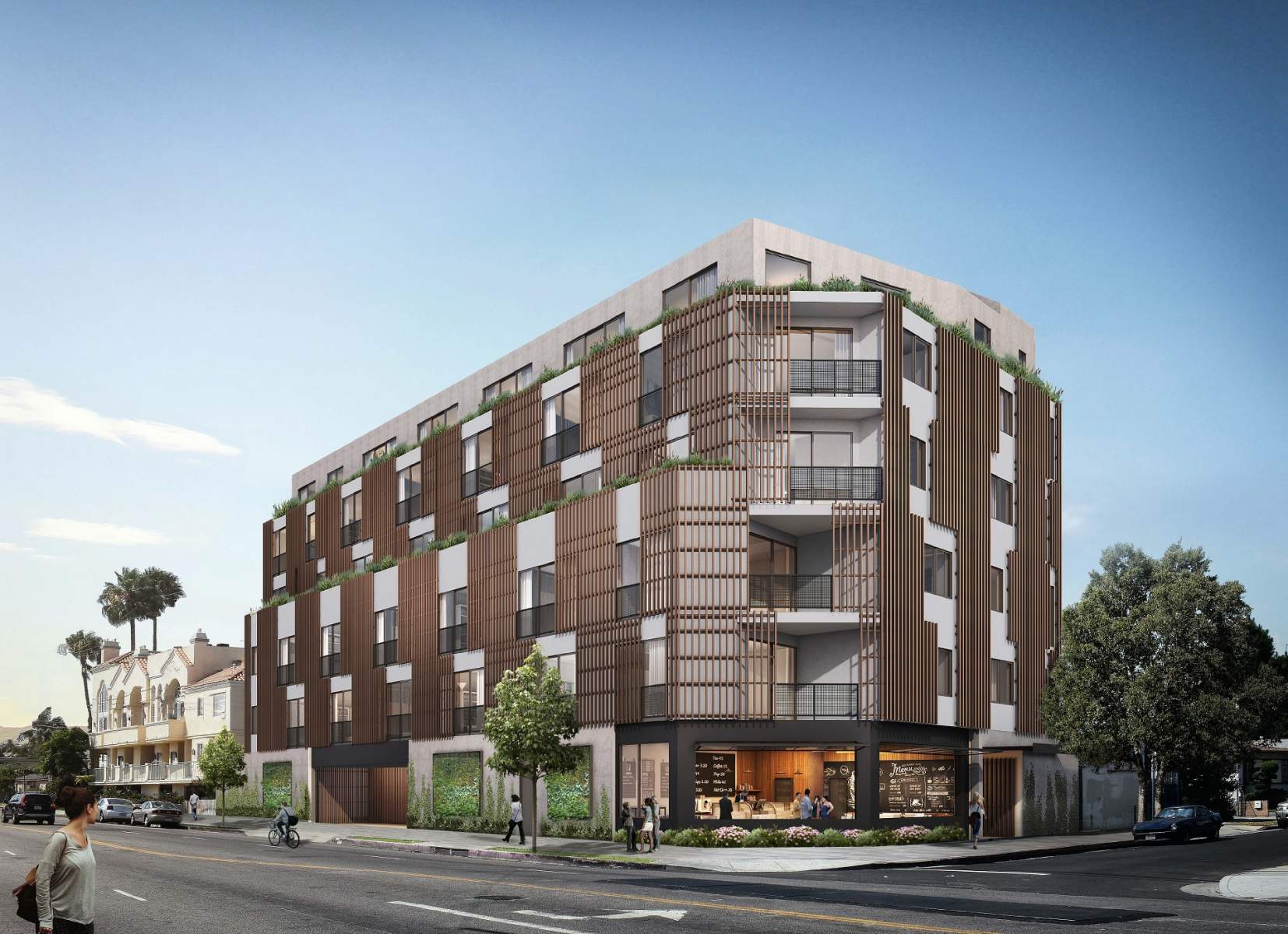 A laundromat, a single, family home and a duplex in Del Rey were recently demolished, allowing for the work to begin on a new mixed-use development that will bring 24 apartments and over 500 square feet of retail space to the neighborhood.

The project, located at the intersection of Inglewood Boulevard and Culver Boulevard, is approved for the development of a five-story building including 24 apartments, 620 square feet of ground-floor retail space along with a 30-car parking garage.

A rendering of the development shown earlier this year at a Del Rey Neighborhood Council meeting shows a modern low-rise building flanked with metal panels and including open-air decks.

According to Los Angeles City records, the project applicant is Thomas Turley via an entity named 4460 Inglewood, LLC.

This is just one of many mixed-use projects underway in the area, including a 47-unit apartment development nearby on Culver Boulevard.

Just north in Culver City, work is now finishing up on a more expansive mixed-use development at the corner of Inglewood Boulevard and Washington Boulevard.