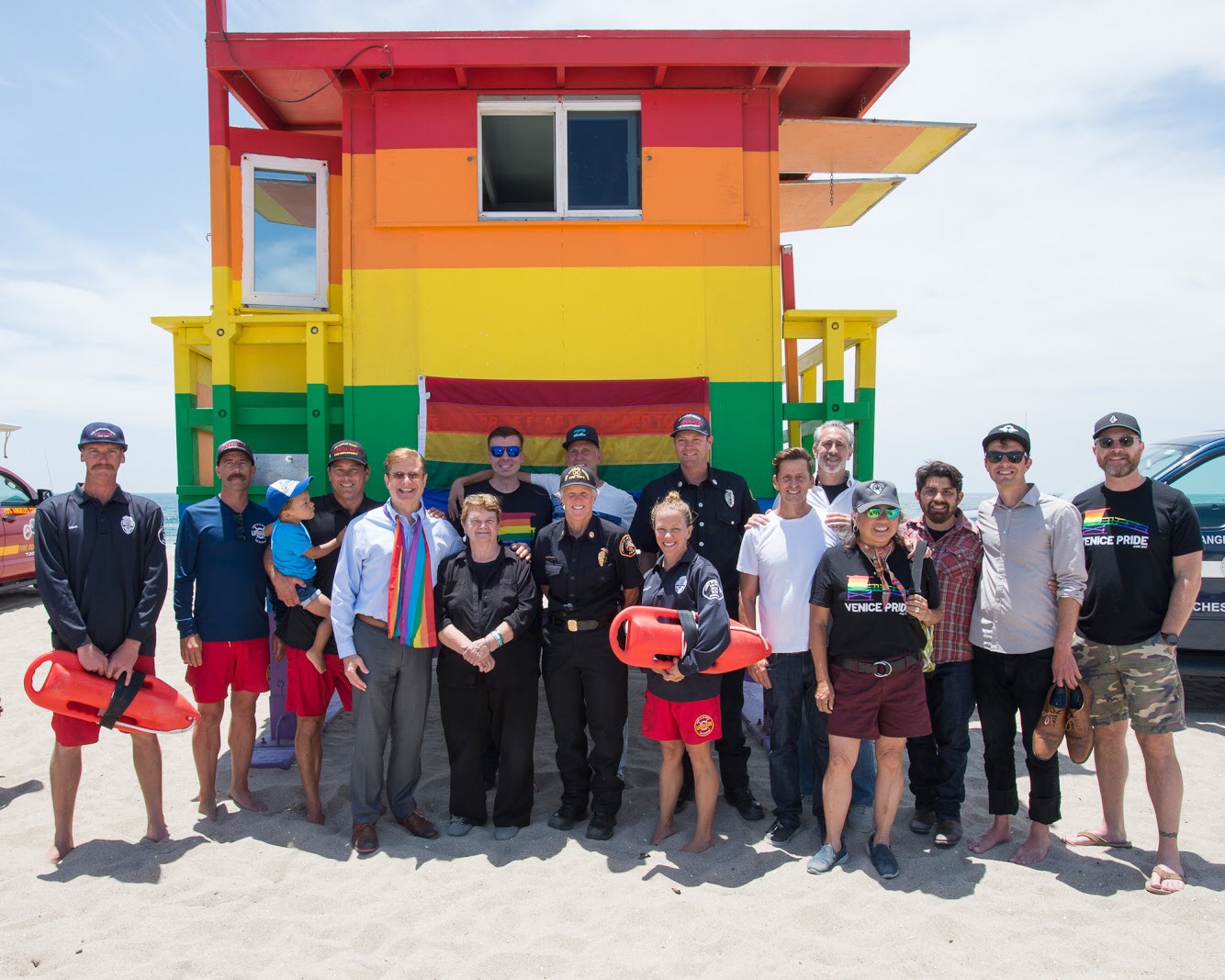 By Sam Catanzaro and Henry Giardina

On Friday, June 15, Venice’s rainbow-colored lifeguard tower was officially dedicated to Bill Rosendahl, the first openly gay man elected to the Los Angeles City Council. The ceremony featured the unveiling of a bronze plaque dedicating the tower in the loving memory of Rosendahl.

“This tower has become a symbol for inclusion, individuality and diversity. A symbol that is saving and transforming lives not just here on this beach but all across the world,” said Grant Turck, President and Founder of Venice Pride. “It has the power to inspire righteousness in all those who experience its simple yet dramatic appearance.”

Painted in late May 2017, the Venice Pride Flag Lifeguard Tower was unveiled on June 1 of the same year as a temporary public art project to remain installed until September 4, 2017.

Due in part to its overwhelming popularity the LA County Board of Supervisors unanimously voted to let the tower keep its stripes on September 5, 2017.

“Our county leaders debated and unanimously agreed a modern symbol used to promote inclusion, impartiality and love should be protected. Since its unveiling a little more than a year ago the eyes of the world have been on the Venice Pride Flag Lifeguard Tower,” Turck said. “Symbols are powerful and we wouldn’t have this symbol for good in the world if it weren’t for the impeccable L.A. County Supervisor Sheila Kuehl.”

The rainbow-colored towered can be seen by visiting it where Brooks Avenue meets the beach. For more information about Venice Pride, visit https://venicepride.org/.