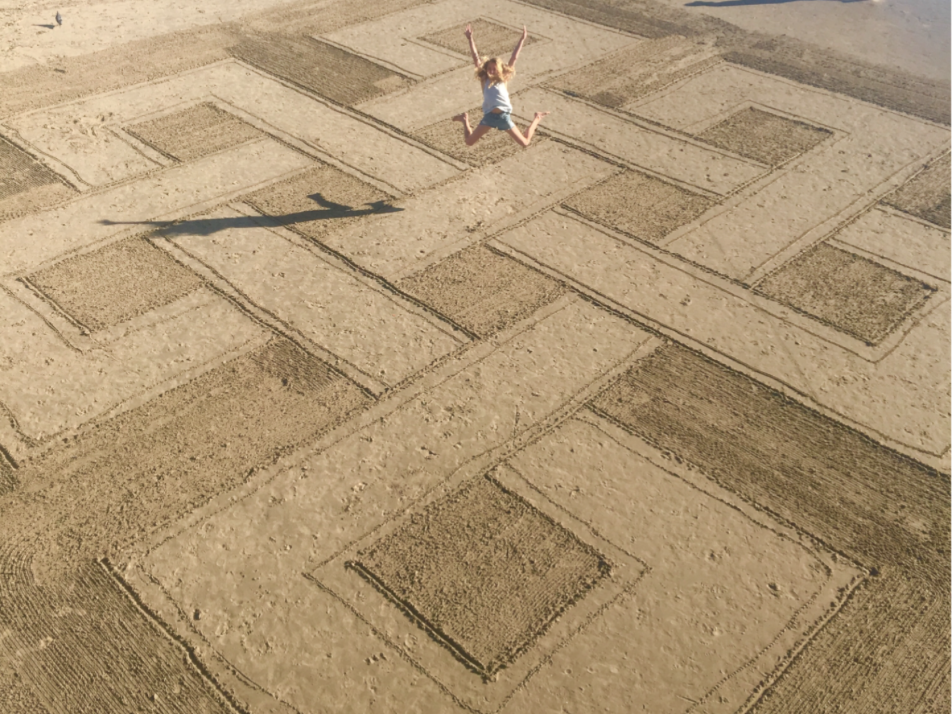 It is a dark moon. The period of a few days before the new moon peaks as a small slither in the sky.  For local sand artist Geobender, following the moon cycles is an integral part of his work as fitting into nature’s schedule helps him optimize the condition under which he creates.

Low tide gives him access to a bigger canvas. Full moon and Dark or New Moon periods help. Winter is better than summer because it means fewer people walk through his creation.

“One time I finished a piece and lady stepped right in the middle and began dancing.” He told Yo! Venice, once upon a time he would have been frustrated to see his work trampled on so soon after completion but over time he has changed his view on that. “She turned it into an interactive art piece, which was really beautiful.”

However, the artist said sometimes it is difficult to see the beauty in how others choose to evolve his work. Like the time some young boys decided to draw three giant penises in the middle of a piece. “It was hard, but I had to appreciate the art inspired them to create.”

Follow Geobender on Facebook and keep an eye out for his art at the beach down near the Venice Pier.