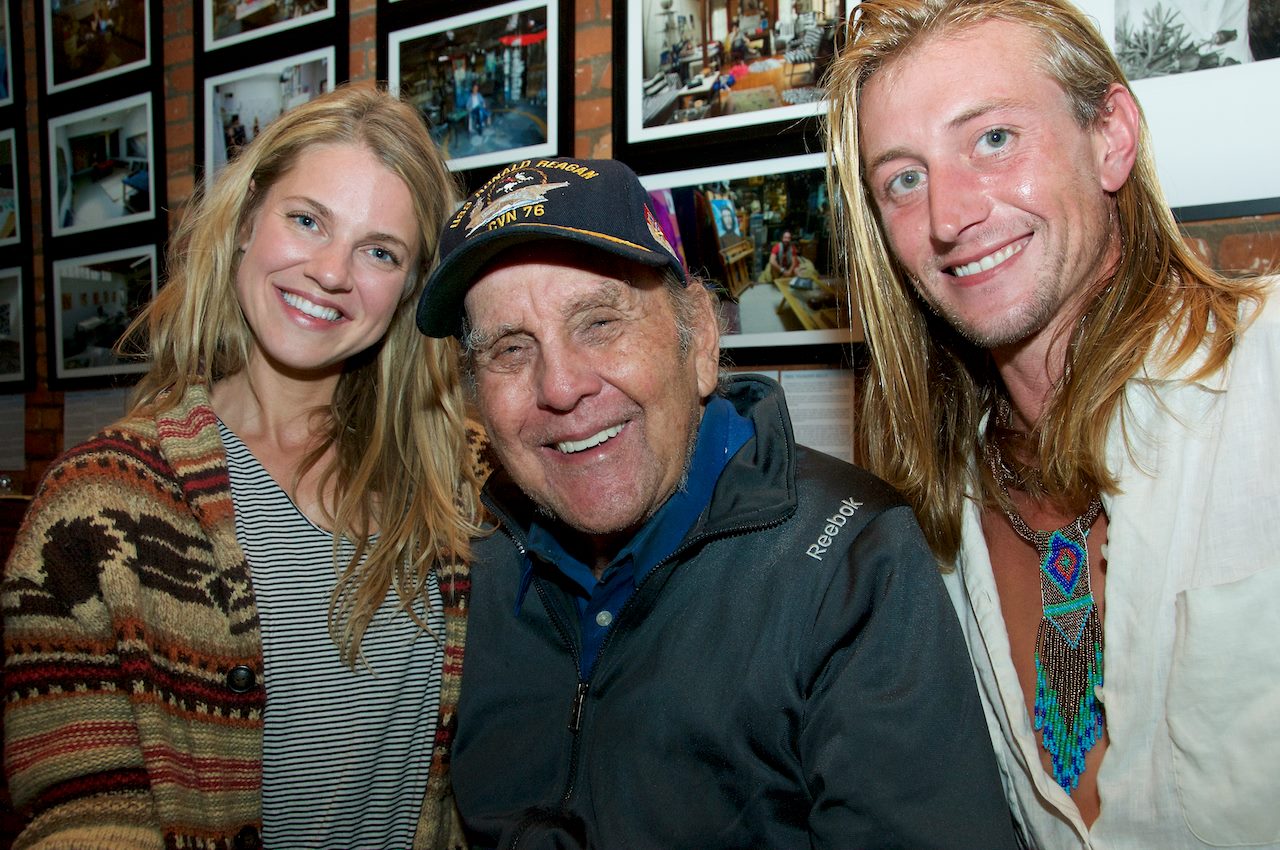 Music and photography have long been a passion of Venice Art Crawl President Sunny Bak. It all began in New York City. Bak was obsessed with the theater and would ride the 7 train, “the Flushing line to the end” to Times Square, where she would catch matinee shows on Broadway before spending her evenings as a teenage paparazzi.

Life as a child paparazzi soon morphed into a young adulthood running her own studio. Her main clients were models. However, she did work with the odd musician or two and even took the picture on the gatefold of the Beastie Boys License to Ill album.

Beastie Bak knew the Beastie Boys long before the album shoot. Michael “Mike D” Diamond, Adam “MCA” Yauch, and Adam “Ad-Rock” Horovitz were regulars at Bak’s studio, “I used to wonder why they were hanging out so much then I worked it out…the models,” said Bak.

Bak’s Beastie shots and paparazzi snaps are on display in Wabi as part of the EAT ART VENICE exhibition that runs until the end of the year. The exhibition also features Doors guitarist Robby Krieger’s paintings and select portraits and interviews with Venice artists from Debbie Zeitman’s ‘Before They Go’ project.

One of the EAT ART organizers, Zeitman told Yo! Venice the art show came about “as a result of conversations I had with one of the artists, Barbara Lavery, who I photographed and interviewed for my ‘Before They Go’ project, about Venice artists and their studio spaces.”

Lavery then had a conversation with Brent Moon, the manager of Wabi Venice, about showing her paintings and from there, Moon, Lavery, writer/director Sylvia Saether, and Zeitman co-founded EAT ART.

“Venice without its artists is a very different Venice. The spirit of creativity is so integral to Venice’s identity that it’s terribly sad to see the studio spaces disappearing, and to see Venice artists having to leave the area,” said Zeitman

The next EAT ART exhibition is in January at Wabi, 1635 Abbot Kinney Blvd., Venice.