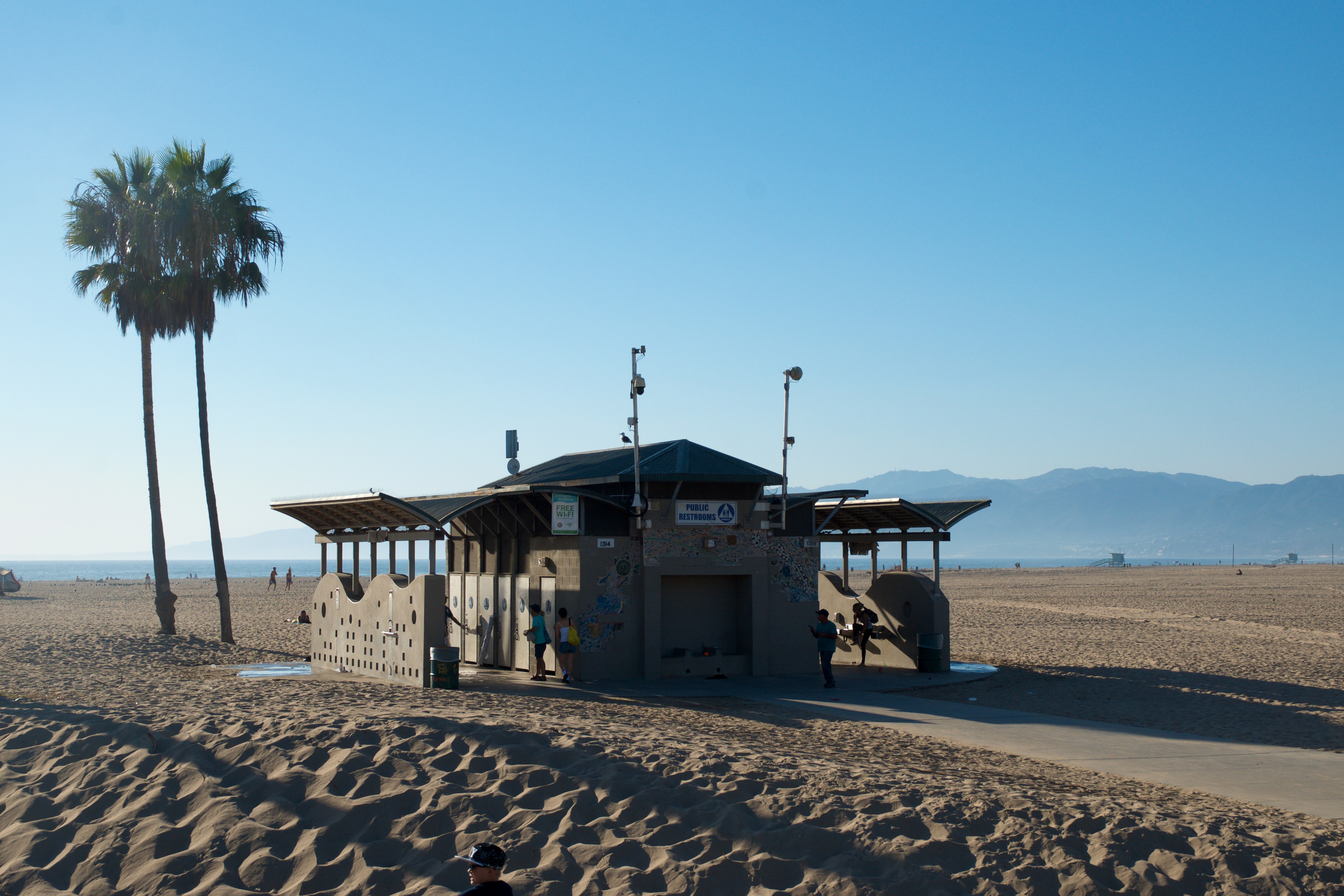 The beach has always been central to Venice’s identity and is currently at the center of a legal battle between the City of Los Angeles and local activists.

The beach has always been central to Venice’s identity and is currently at the center of a legal battle between the City of Los Angeles and local activists.

The battle is over the City’s midnight-to-5 a.m. curfew on 11 miles of beach between San Pedro and the Pacific Palisades. The City sees this curfew, which has been in place since 1988, as a deterrent to late-night crime. Local activists, however, say the City does not have the authority to implement such a curfew and is in violation of the California Coastal Act by not providing maximum beach access.

Opponents also view the curfew as a public safety hazard in light of a recent Hepatitis A outbreak in the area. With bathrooms closed at night, homeless people defecate on the streets and beach. Rick Swinger, a longtime Venice resident and vocal opponent of the curfew, is frustrated that nothing has been done by Councilmember Mike Bonin (11th District).

“He knew about it before the Los Angeles Health Department declared a [Hepatitis] outbreak,” Swinger said. “You have two choices here. You either open up those bathrooms on the beach or the homeless will poop on the beach.”

Bonin recently urged the City to keep the bathrooms open 24/7 after the Hepatitis A outbreak was declared. Yo! Venice reached out to Bonin for a comment, but he did not respond.

In a court settlement Sep. 28, the Los Angeles Department of Recreation and Parks agreed to apply for a Coastal Development Permit (CDP) and go before the California Coastal Commission to defend the curfew. Last Thursday, Oct. 5, the Los Angeles Bureau of Engineering held a hearing for public input on the issue.

Yo! Venice was unable to attend the hearing, which was held at Westchester Community Center, due to a mistake in a press release from Councilmember Bonin, whose office incorrectly listed the event as taking place one day later – Friday, October 6.

Davis, who was in attendance at the hearing, said more than 100 people showed up, with strong support for each side of the issue.

“We had about 60 speakers, and about 60-70 percent of them were in favor of keeping the ordinance the way it is and closing the beaches from midnight-to-5 a.m., and the other 40 percent or so were against it primarily because they thought it was a violation of the Coastal Act,” Davis said.

The City adopted the beach curfew in 1988 as a public safety effort to deter the uptick of vandalism and violence that was occurring in Venice at night, according to reports at the time, The City, however, did not seek approval from the Coastal Commission, which has jurisdiction over the beach.

“There was an increasing concern about crime and vandalism that was going on at the beach,” Davis said. “At the time the City did not feel that this had anything to do with the Coastal Act.”

The Los Angeles Police Department did not respond to comment on the issue, but Captain James Roberts of the Pacific Division emphasized in a recent Q&A that the police should not have an opinion on the matter.

“We don’t take a position; we just don’t because it’s up to you, it’s your community, you live here, you work here, we’re really visitors, we shepherd whatever it is you want,” Captain Roberts said. “What I want is not important, it’s what you want.”

Before the City can face the Coastal Commission, they must first get approved for a local development permit by the Bureau of Engineering. Input from last week’s hearing will be taken into consideration, along with any other comments the public gives. The Bureau took feedback until Oct. 11, with addition comments sent to Environmental Supervisor William Jones (william.jones@lacity.org). A decision is expected by the end of October.

“There is another action in motion that asks our department to identify at least one restroom at Venice and keep it open 24 hours a day. This has not gone to City Council yet, so it’s still in the works,” Davis said.

In the meantime, the public is urged to stay out of the water near storm drains and to avoid going into the ocean after rain, due to high amounts of fecal matter being present in the runoff.

“There’s quite a lot of feces that go into the storm drain and wind up in a pond that is next to a playground and kids play in it, and that’s a major concern,” Swinger said. “So open the darn bathrooms.”