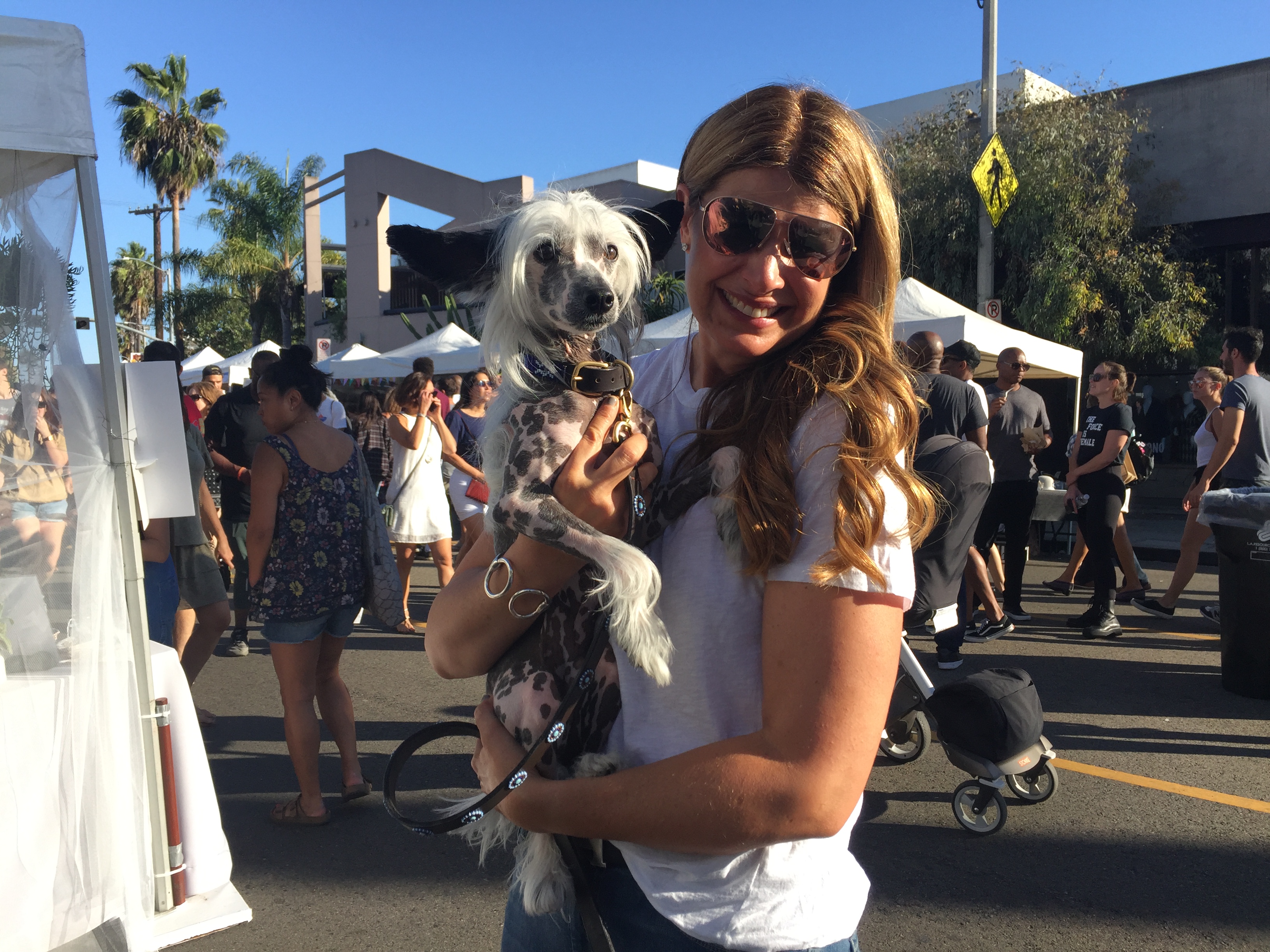 Thousands flooded Abbot Kinney Boulevard in Venice for the 33rd Annual Abbot Kinney Festival, Sunday, September 24. It was blue skies, sunshine, and a whole lot of talk of periods.

“Thank you for taking care of vaginas!” Yo! Venice overheard one woman call out to the Tampon Tribe team. The local business had their organic tampons on display at the festival.

Also at the festival, the Flex Company, who make a tampon alternative you can wear during period sex, set up a series of life-sized gold Period Barbie boxes with real-life women wearing period panties stained with fake blood waving to passing crowds.

“The activation is aimed at calling attention to the dearth of discussion about periods and the lingering taboos surrounding them,” spokesperson Brianna Quaglia said.

Tampon tribe COO Gaby Alves told Yo! Venice she is happy talking periods is less taboo. “Tampon Tribe wants to make the conversation lighter,” she said adding that for this, the Venice crowd was the perfect demographic.

The diversity of art, businesses, and entertainment was a highlight for many Festival goers, “There are a bunch of different kinds of things,” said LMU Theatre Student Callie. Tiffany Goldman agreed. Visiting from Colorado with her dog Godfrey, Goldman said she enjoyed the variety. A highlight for Goldman was tapas from the Tasting Kitchen stall, and Godfrey had scored a new collar from Modern Dog. Overall though, Goldman told Yo! Venice, the people, made the day. “I love the energy of everyone. Love the vibe. There were lines and stuff, but everyone is in a great mood,” she said.

Shuhari Matcha Café manager Brandi Currellery said this year’s festival was busier than last year. “It’s been really busy and lots of fun. We’ve been selling out of our sushi burritos every 20 minutes,” she told Yo! Venice.

Many vendors had issues with data at the festival and were unable to use digital payment options. For businesses with a shopfront on Abbot Kinney, like Shuhari, customers paid cash at outside stalls or went inside for credit card payments.

Gaby Alves from Tampon Tribe said extra wifi would be something for festival organizers to consider for next year. “We couldn’t use square and got people to pay cash or use Venmo instead,” she said.