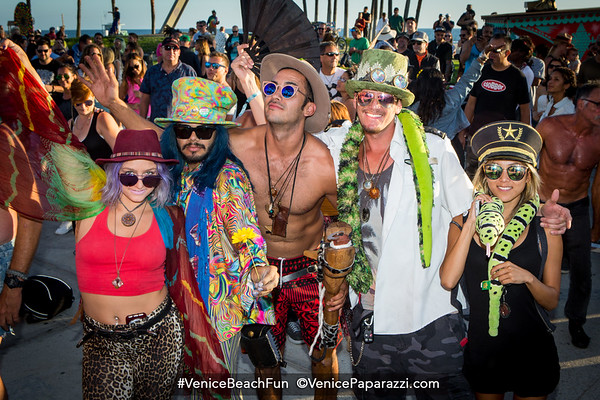 The Venice Art Crawl, which hosts four art crawls each year throughout the neighborhood, is facilitating a weekend-long event, kicking off with the final Art Crawl of 2017 on Thursday, September, 21. The Venice Afterburn, a post-Burning Man celebration, follows the Crawl on Friday and Saturday, September 22 and 23 at the Venice Boardwalk at Windward Plaza between the skate park and the Los Angeles Police substation.

For the first time, the Fourth Annual Venice Afterburn has earned the title of an official Burning Man Regional Event. Mutant vehicles, art installations, performers, interactive art, and musicians will be part of the two-day festival near the beach. Last year, Venice had Charlie the Unicorn. This year, it is the Boogaloo art car, a giant green shiny beetle, and Gina the Piano art car, with a flamethrower in the shape of a 10-ft musical note.

The Venice Afterburn was born in 2014, thanks to the vision of a group of artists and producers who were part of the Venice Art Crawl. The intention was to recreate the vibe of Burning Man. The event has become very popular amongst burners and the local artist community.

The Afterburn adheres to the ten principles of Burning Man, in particular, those of self-expression, decommodification, participation, and leaving no trace. As a “leave no trace event”; that means that every festival-goer is asked to leave the neighborhood cleaner than when they found it.

The event is entirely free, family-friendly, and open to everyone.

The Venice Art Crawl will host almost three dozen events the day before the Afterburn on September 21. With pop-up galleries and events running throughout at G2 Gallery on Abbot Kinney Blvd, Hama Sushi, and the Venice Abbot Kinney Branch Library.

The Lincoln will host a show featuring work by photographer and performer Nolitsa.

An interactive guide to the crawl with a full list of events and locations is online at www.veniceartcrawl.com As always, VAC will host info booths with VAC maps at the Canal Club, Surfside, and the Abbot Kinney Memorial Library at 501 Venice Blvd.