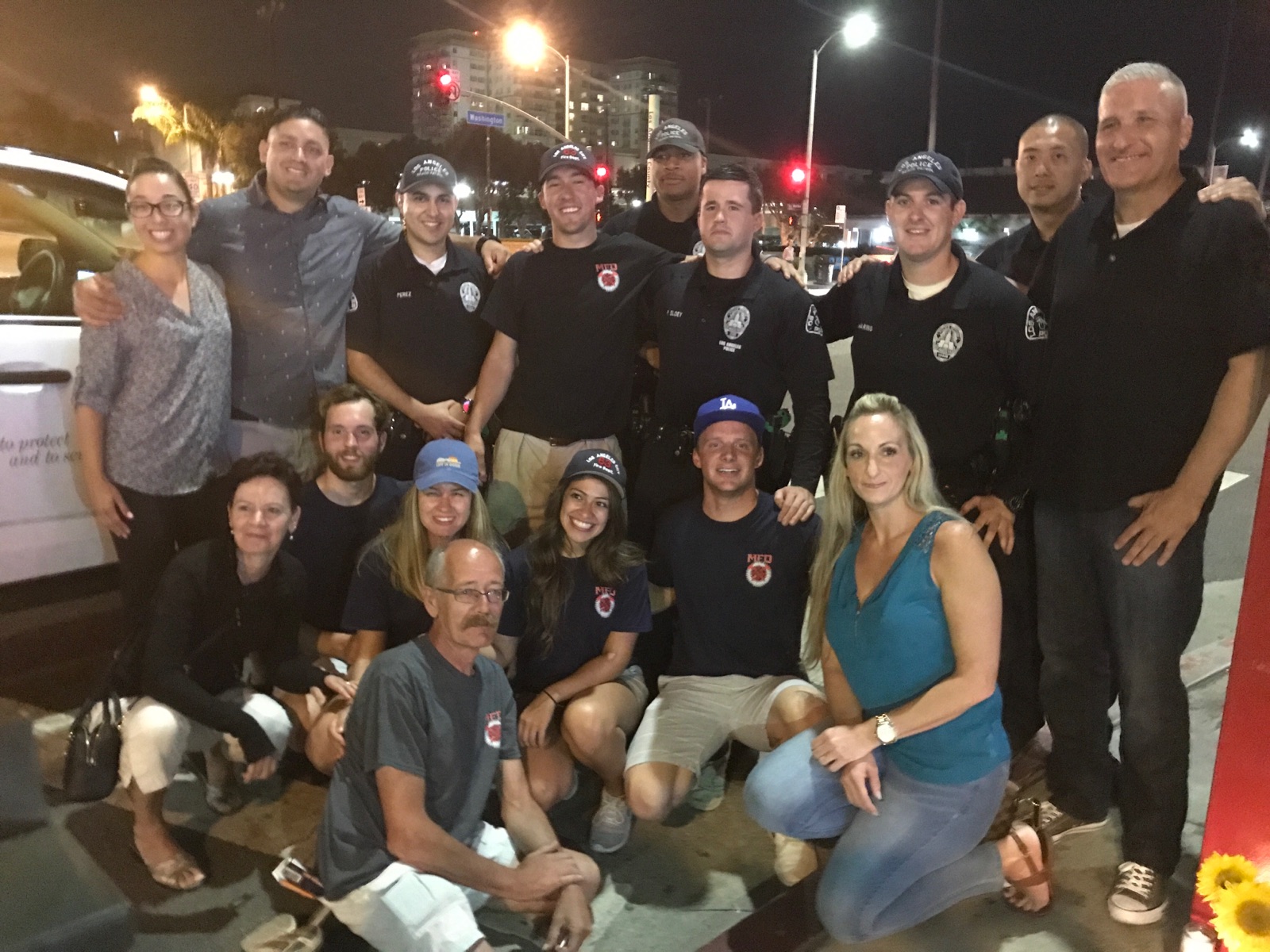 On April 10th, a car crashed into the car Herens was traveling in at the intersection at Washington Blvd., and Ocean Ave., on the border of Venice and Marina del Rey.

The force of the crash threw 23-year-old Herens 30 feet, killing him instantly, and injuring two of his fellow firefighters. Herens had been wearing a seatbelt. The driver of the car that hit the car Herens was traveling in was charged with manslaughter.

Herens and his friend were visiting Venice from Georgia. In the weeks after the tragic crash, the elusive street artist WRDSMTH placed an MFD poster in Heren’s honor at the intersection.