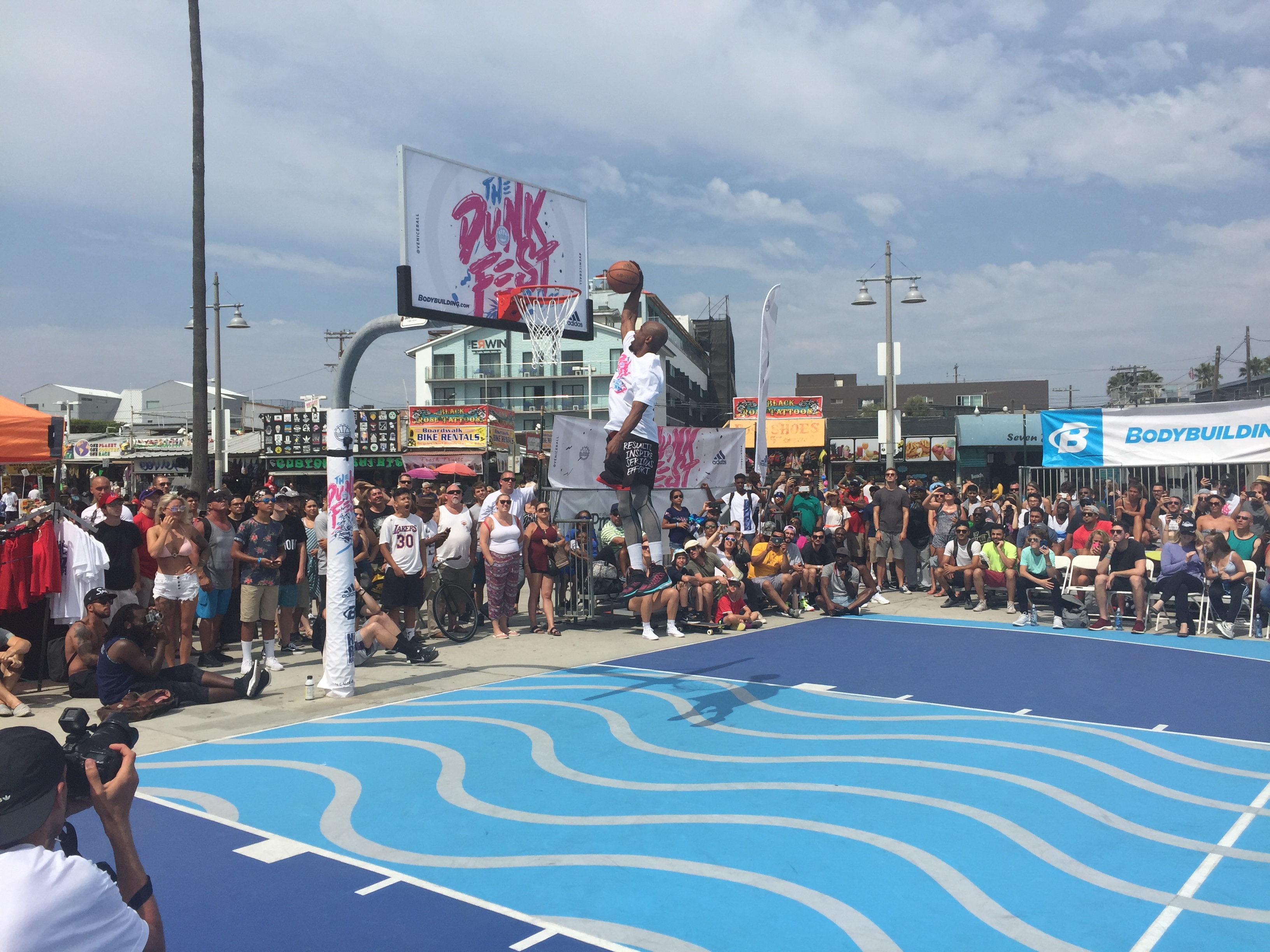 Yo! Venice Editor Melanie Camp contributed to this article.

The world’s highest fliers descended on Venice Beach Saturday, July 15, for the Venice Basketball League’s DunkFest 2.0 at the Basketball courts at 1800 Ocean Front Walk in Venice.

“It’s been good. Got a lot of high powered athletes, nice dunks out here, so I’m enjoying myself,” Nance Jr. told Yo! Venice. The L.A. Laker said he had no pointers to share. “I’m the one taking the tips. These guys can fly better than I can,” he said.

Jonathan Clark took home the trophy by making history, dunking on an 11’8” inch rim, a new world record for an outdoor competition.

So, how does it feel to jump that high? Clark told Yo! Venice, “It’s an amazing feeling. Honestly, it’s the closest thing to flying.”

To celebrate his win, Clark threw down a reverse dunk over a wall of four beautiful lady volunteers and second place finisher Myree Bowden aka Reemix.