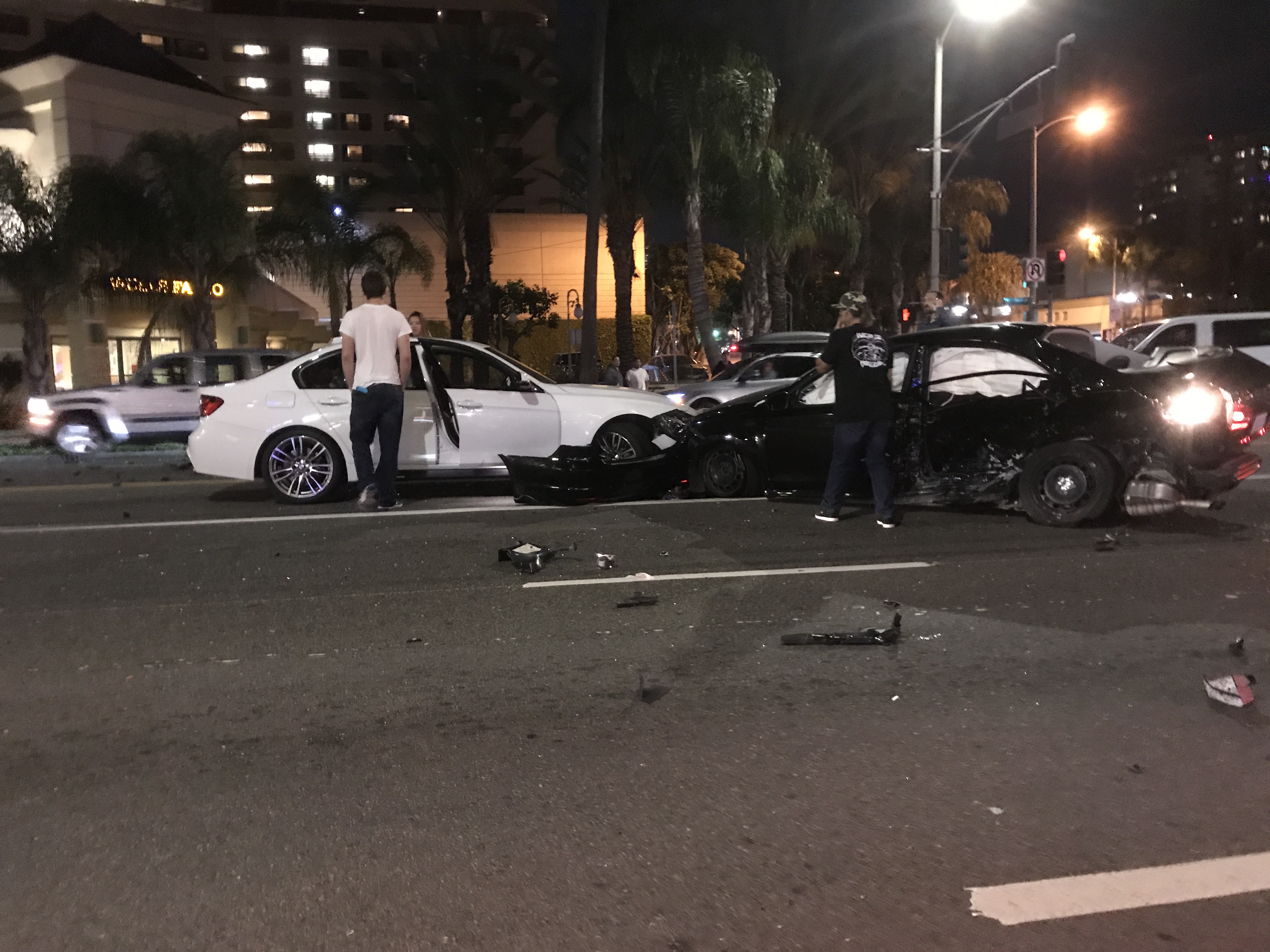 A 23-year-old firefighter, Ron Herens, in Venice from Georgia, was thrown 30 feet and killed, and two of his fellow firefighters were injured when the car they were in was hit by a suspected drunken driver on the border of Venice and Marina del Rey late Monday night April 10.

Venice local Tonan witnessed it all. “Are you buzzed? If you’re buzzed, sit down” he said to a young man in a white shirt at the scene. “it was insane. This person got thrown out of the car,” said Tonan.

Broken car parts littered the intersection at Washington Blvd and Ocean Ave., on the border of Marina del Rey and Venice.

Venice Art Crawl President Sunny Bak drove past moments after the crash, capturing the chaos on her smartphone.

The initial radio call reported a pedestrian had been struck. Ambulances transported the other two firefighters to hospitals nearby, one with possible broken collarbone and hip, and the other for lacerations sustained in the crash, said Sanchez.

A couple in the third car involved in the accident were not hurt.

Police took the driver who struck the two cars into custody on suspicion of driving while intoxicated, Sanchez said.

Bak’s video shows witnesses standing in a protective circle around a body on the street. Traffic control was slow to arrive as the location caused jurisdictional confusion surrounding who was responsible for the intersection.

@ptudor who follows a scanner feed on Twitter via broadcastify.com explained the mix-up, telling Yo! Venice, the Los Angeles Department of Transport had refused the call saying it was the County’s responsibility and therefore the job of CHP.

Venice falls within the City of Los Angeles, and Marina del Rey is an unincorporated area of Los Angeles County. The intersection where the accident occurred is on the border.

An official police escort took the fallen firefighter’s body to the coroner’s office.

The firefighters were part of a large group visiting from Georgia, but Sanchez did not know what their business was in the Los Angeles area.