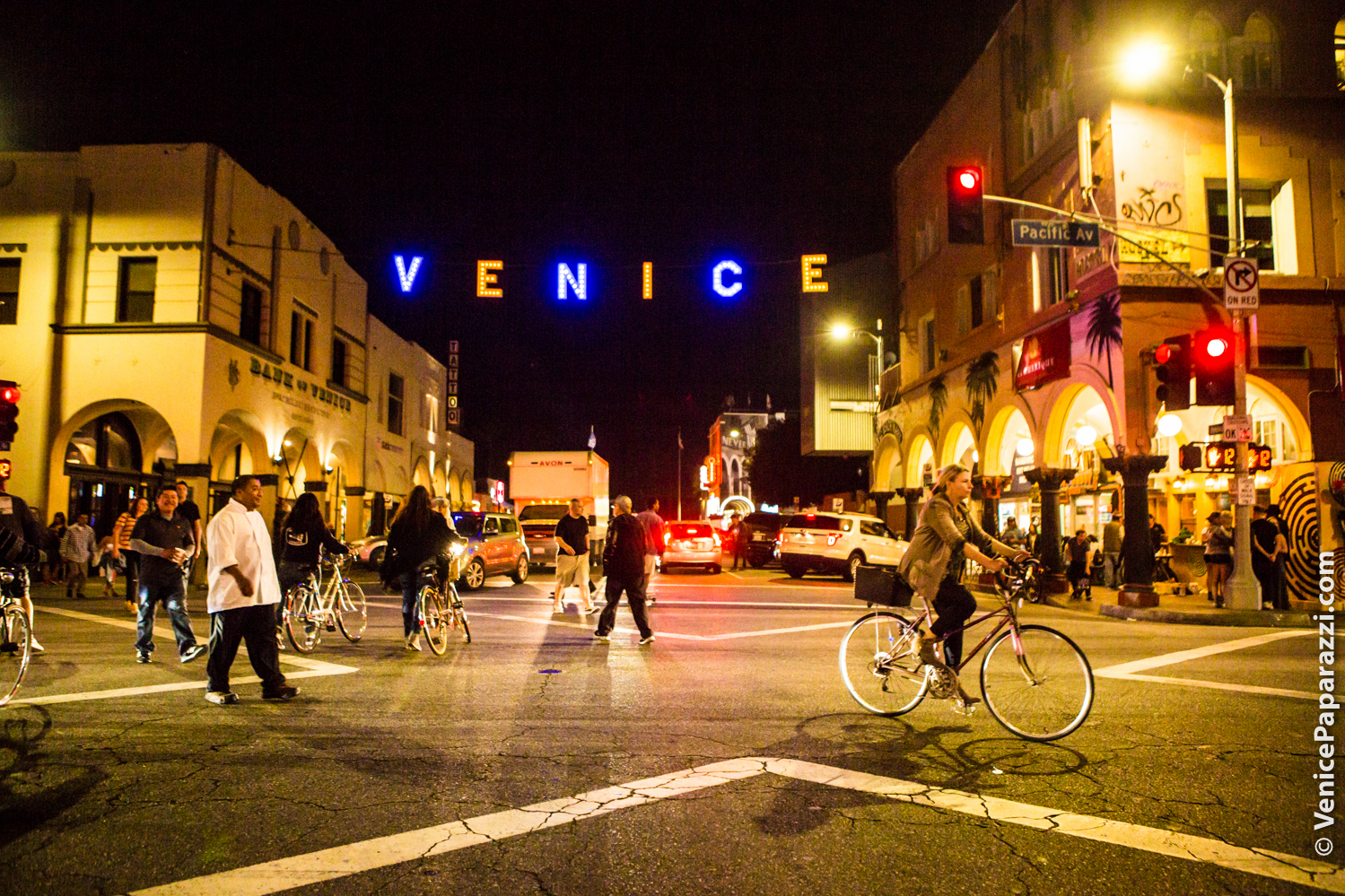 The Venice Sign shines blue and Gold welcoming the Rams back to the Los Angeles.

There was a smattering of applause and a few cheers, but these were drowned out by a thunder of boos when Councilmember Mike Bonin announced the plan to turn the old Westminster Seniors Center at 1234 Pacific Ave., in Venice into a storage facility to help the Venice homeless community.

Close to 300 had crammed into the school hall at 1010 Abbot Kinney Blvd on September 9. At the back and along the sides it was standing room only. Councilmember Bonin had called the community meeting to provide updates and get feedback on the 18-point plan he had introduced six months prior, to reduce homelessness in Venice.

While it was only one small element of the overall plan, where the community stood on the issue of the Westminster storage facility was the hottest topic of the night. The issue will, no doubt, continue to be a cause of much angst in the community throughout 2017.

Also in September, on Friday the 23rd, celebrated their 40th Anniversary.

The much-loved restaurant has given locals and tourists a front row seat to the craziness of the Venice Beach boardwalk for 40 years. Check them out on the Boardwalk at 1401 Ocean Front Walk, Venice.

The Venice Sign switched to blue and gold welcome the Rams back to the Los Angeles.

Rams players, past and present, cheerleaders and the team’s mascot Rampage, joined Councilmember Mike Bonin and the Venice neighborhood for a huge block party to celebrate Los Angeles Rams return to the city after more than 20 years away.

Read what happened in October here.