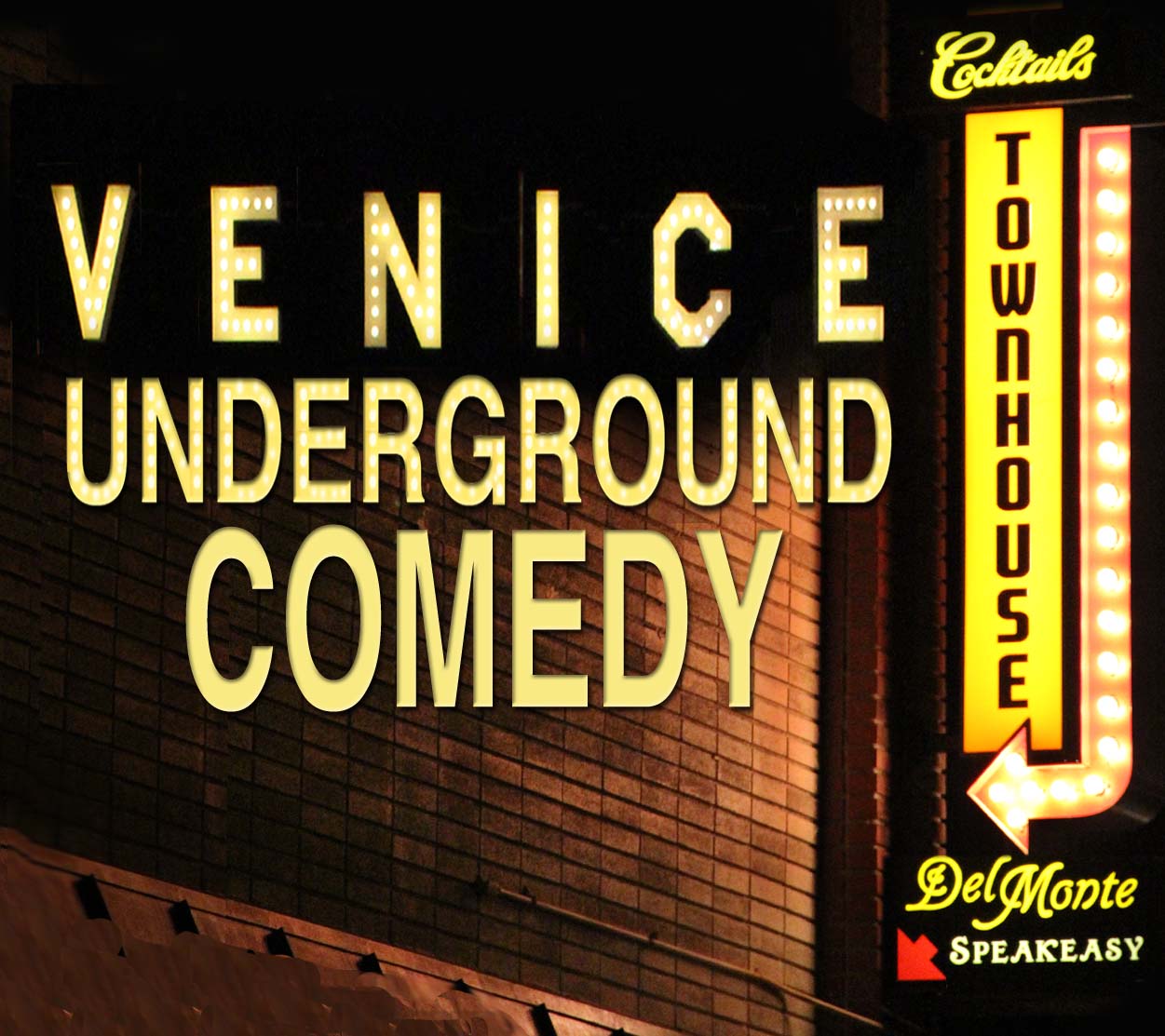 Every Wednesday at 9pm, the Del Monte Speakeasy, located below the Townhouse bar on Windward Avenue, hosts Venice Underground Comedy, Venice’s only weekly stand-up comedy show. While the show doesn’t boast a big name like The Comedy Store or Laugh Factory, performers showcased in the past have included Bill Burr, Eddie Pepitone, Dan Ahdoot and other comics who tour nationally.

According to Bronston Jones—who was hosting solo, but is usually accompanied by co-host Matt Devlin—October 19th’s show had unusually low attendance. The third and final presidential debate was hours before, and may have kept people at home. The thirty or forty audience members (more as the night went on) who did show up were unafraid to show their appreciation, or in one case disregard, for the comics performing.

England’s Eric Lampaert, who was billed and is sometimes known as Eric Lamb Pear, was second of the night, and one of the most well-received sets of the evening. However, at one point, an audience member referred to him as a “worse version of Russell Brand.”

fun one?” Lampaert/Lamb Pear replied, as he traversed the empty seats toward his heckler’s voice, only to be stopped by the length of his microphone cable. A seasoned performer in England who was debuting the set that he performed on American soil, Lampaert was relatively unfazed by the audience member’s harsh words, seeming to play up the confrontation for performance value more than anything else. Whether or not hecklers have a place at a comedy show, it felt in the spirit of the show’s strong allegiance to Venice that chaotic moments like these and others were allowed to happen.

“Comedians have brought up a couple things that make Venice crowds different,” said Jones. “Venice people are crazy. If we weren’t we’d all live a few beaches north or south. We are a beautifully insane combination of wealth and poverty, nature and grime, art and crime, skaters and smack heads, movie sets and marijuana dispensaries. Living here, we love and accept that there’s no one Venice experience. That energy feeds our show. It’s hard to shock a Venice crowd, so comics don’t feel the need to censor themselves,”

He also explained that a lack of so-called “industry types” that are prevalent in the audiences of Hollywood comedy clubs, as well the fun atmosphere (which includes a burlesque show after the event) as reasons comics and fans alike return to and continue to enjoy the weekly show.

Initially, the show was born out of the existing comedy partnership between Jones and his co-host, Matt Devlin.

“Matt and I met each other in the LA comedy circuit a few years prior. We teamed up to throw a couple of bizarro comedy events in a nearby furniture warehouse. So when the Del Monte finally reopened after the remodel, we figured why not start another show. My first two loves are Venice and comedy, the success of this show is like being in a beautiful threesome, or foursome with Matt… okay, I need a new analogy. I love that we are able to bring some of the best comedians right into our hometown. Plus, on Wednesdays I don’t have to cross Lincoln,” said Jones.

Beyond its pedigree and prime location, the low ceilings and high-quality sound system of the Del Monte Speakeasy make it physically a great location for comedy. However, the main factor to which Jones attributes the success, is the Venice locals that come back week after week.

“It’s an honor that Venice has embraced this show and made it a legitimate part of the scene. This town is the best!” said Jones.