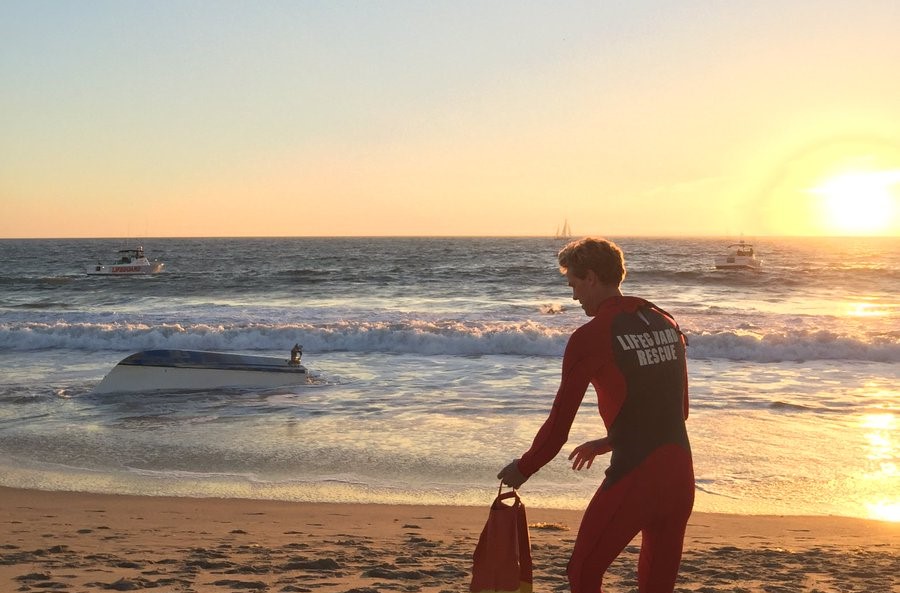 A 20-foot boat with an outboard motor overturned on the beach just north of Marina del Rey in Venice, injuring four men in their 50s, two of whom were in critical condition. They were all hospitalized following the incident.

Lifeguards responded about 5:20 p.m. to the incident which took place on the 4200 block of Ocean Front Walk near Privateer street on the evening of October 14, according to the Los Angeles County Fire Department.

Two of the victims were in critical condition, according to Erik Scott of the Los Angeles Fire Department.

Video from the location showed the boat, capsized on the beach. County fire department lifeguards were working to remove it from the surf line, Scott said.

This happened just days after a boat capsized in Marina del Rey, injuring two men aboard the vessel.