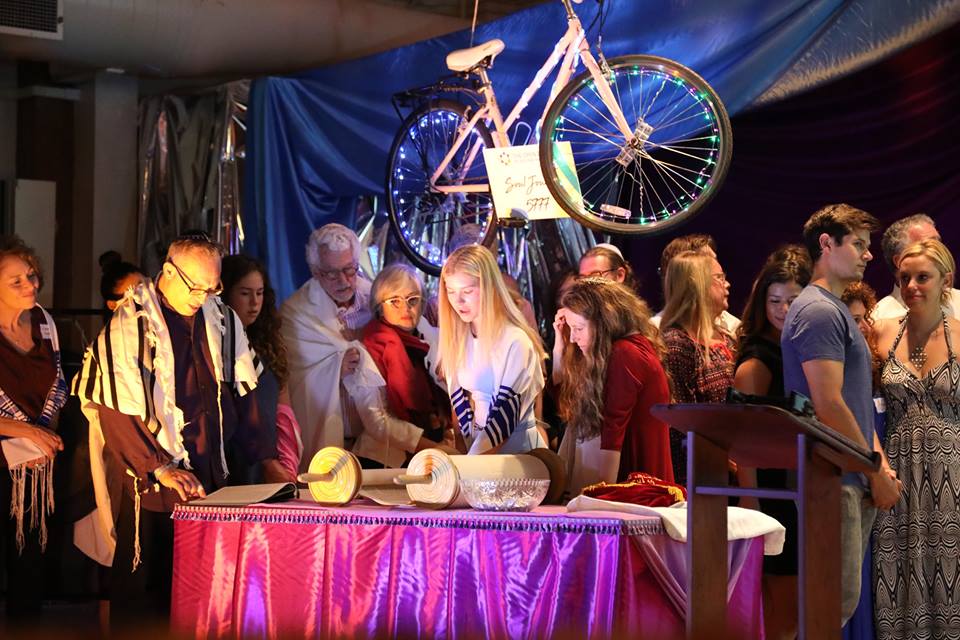 On the morning of Monday, October 3rd, Venice’s Open Temple held service for Rosh Hashanah, which is the Jewish New Year, and the first what are considered in Judaism to be the High Holidays. Titled “The Awakening,” Open Temple’s Rosh Hashanah service was one of nine events comprising a cycle they’re calling “High Holiday Soul Journey 5777.”

Temple founder Rabbi Lori Schneide Shapiro stressed the importance of melding traditional Judaism with unconventional and modern approaches to the material covered in their services. As templegoers entered, for example, they heard a rendition of a traditional temple song mashed together with George Michael’s “Faith.”

“As people were walking in, they heard traditional music, then suddenly a guitar started Jimmy Hendrix-ing out,” said Rabbi Shapiro.

This is part of an effort to provide a Jewish experience grounded in values that Rabbi Shapiro has perceived to be important to the Venice community—namely, creativity, truth and love.

“Most of us don’t move to Venice to have traditional lives,” said Rabbi Shapiro.

One portion of the Torah that was read during Monday’s Rosh Hashanah service included a passage in which Abraham throws his wife out of their home, leaving her without a home of her own. Coinciding with the reading of this passage, a man who had been standing outside as templegoers entered and appeared to be homeless crashed the service. Then, another man stood up from within the congregation, and revealed the “homeless” man to be an actor, and himself to be homeless.

This kicked off a larger discussion of homelessness within the congregation, which included a film clip about Skid Row. Congregation members left with a list provided by Eric Garcetti’s office of items currently needed most by Los Angeles’s homeless population and empty bags, to be filled with those items and returned.

Next up in Open Temple’s “High Holiday Soul Journey” is what they’re calling “The Confession,” which is a spoken word story slam that will take place as part of Electric Lodge’s High Voltage series of events and coincide with Shabbat Shuvah. Then, on the evening of October 11th and all day October 12th, the temple will hold services for Yom Kippur, which is considered to be one of the most important holidays in traditional Judaism. Titled “The Sacrifice: Yom Kippur Urban Retreat,” their service includes yoga and “death meditation.”

“We consider the Jewish high holidays to be the Burning Man of Jewish Ritual,” said Rabbi Shapiro.