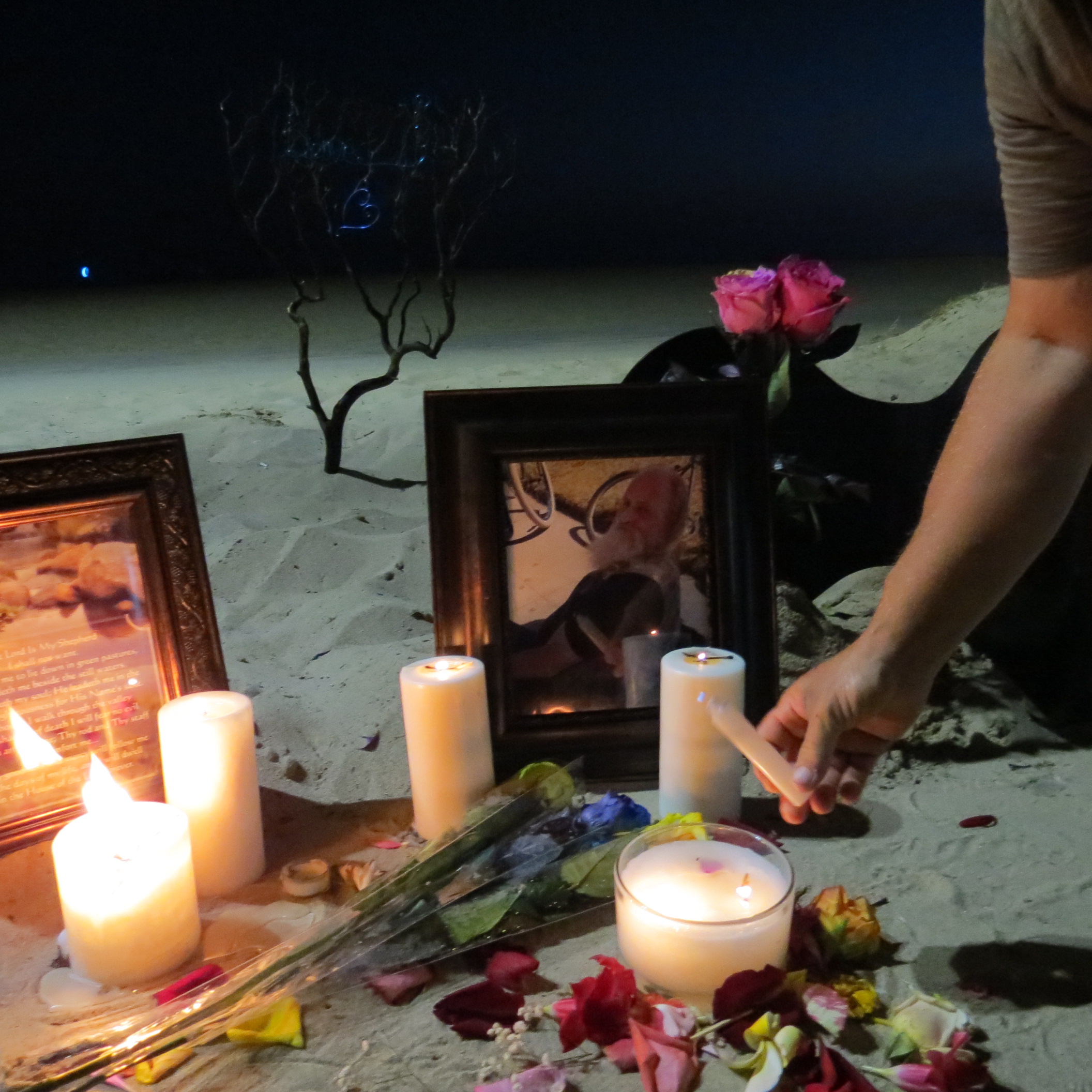 Much Loved Venice Vendor Dies Next to the Venice Boardwalk

Dave Weiss passed away last week (July 22) next to where he spent many years as a Venice Beach vendor. According to “German Mike,” one of Dave’s oldest Venice friends, “I met Dave the first day he stepped onto the beach. We became good friends since then. He always had a good humor – he made me laugh all the time. He was a good honest person. I always trusted him.” Mike said that more recently Dave been living with friends; artist Thomas Crosslin, and Crosslin’s brother.

“Thomas didn’t like to cook so Dave cooked for them” Mike said. “While living with the brothers Dave saw every movie – he told me that there wasn’t a movie made that he didn’t see. “Dave told him that Thomas’ brother died of a heart failure, and not long after Thomas himself died. Dave was told he had to vacate the premises. Mike said Dave told him he was given 20 minutes to pack up his stuff. “He packed all he could into a small backpack – grabbing his sleeping bag as he left.”

Dave then returned to Venice to visit with his friends here, Mike being one of them. Dave told Mike he “had no purpose anymore.” Mike suggested that maybe there was an artist who could help him, or that he could find help or shelter. After a four hour long talk, Mike said Dave didn’t want to leave, but he had to close up. “I asked him, how do you feel?” Dave responded, “I don’t know how I feel, I can’t comprehend it – I’ve been inside for seven years – I’m too old to be on the street.” Mike said he didn’t think Dave had any life left in him. Mike then gave Dave $20 and wished him well. Dave’s last words to his friend were, “Okay Mike, I’ll see you.”

A long time Venice vendor who knew Dave for years, along with a few other boardwalk vendors helped set up a memorial to Dave on Sunday evening, July 25. She recalled how Dave invited her to be on this block, after she found other blocks to be not very friendly. She said Dave was very welcoming and encouraging. “He took me in and was the only person who’d watch my spot when I went to get something to eat. I’ll miss him. The whole block will miss him.”

Another vendor, Tim Caldwell, who paints inspiring Buddhist-themed paintings said, “Dave was my neighbor on the boardwalk. He was a nice man and I will miss him.

Mark Self, another Boardwalk vendor known for “The Lazy Dog Show” along with his dog Lisa, remarked that Dave was the reason he came over to this block. He said, “Dave was a good person who had his addictions. I thought he was going to be all right, but in the end he died where he wanted to die.”

Darlene de Freitas, a long-time resident at The Beach House located on the Boardwalk said, “Dave was always pleasant. He’d always come over and join us when we had a bar-b-que. He was very kind, and always had a nice smile.”

Another Venice local said he had spent seven months getting to know Weiss, talking to him every day on the boardwalk, shared that “if you were nice to him he was nice to you. It was sad to see him lying there.”

Marie, artist and 40-year resident of Venice attended the boardwalk memorial. She said the block where Dave sold his art  was a “loving spiritual block.” She said, “Dave belonged on that block.” She also said that Dave told her the day before he died, I won’t survive, I can’t be out on the streets at my age (66), but I don’t know where to go or what to do. He told her that’s my block, my home. Dave told me he never thought he’d have to live on the streets again. Marie said she thought he was a little weaker, sicker than people knew. “It was as if he was ready to go under the circumstances. He lived here a long time before he was homeless. He returned to the people he knew – he wanted to share the love.”