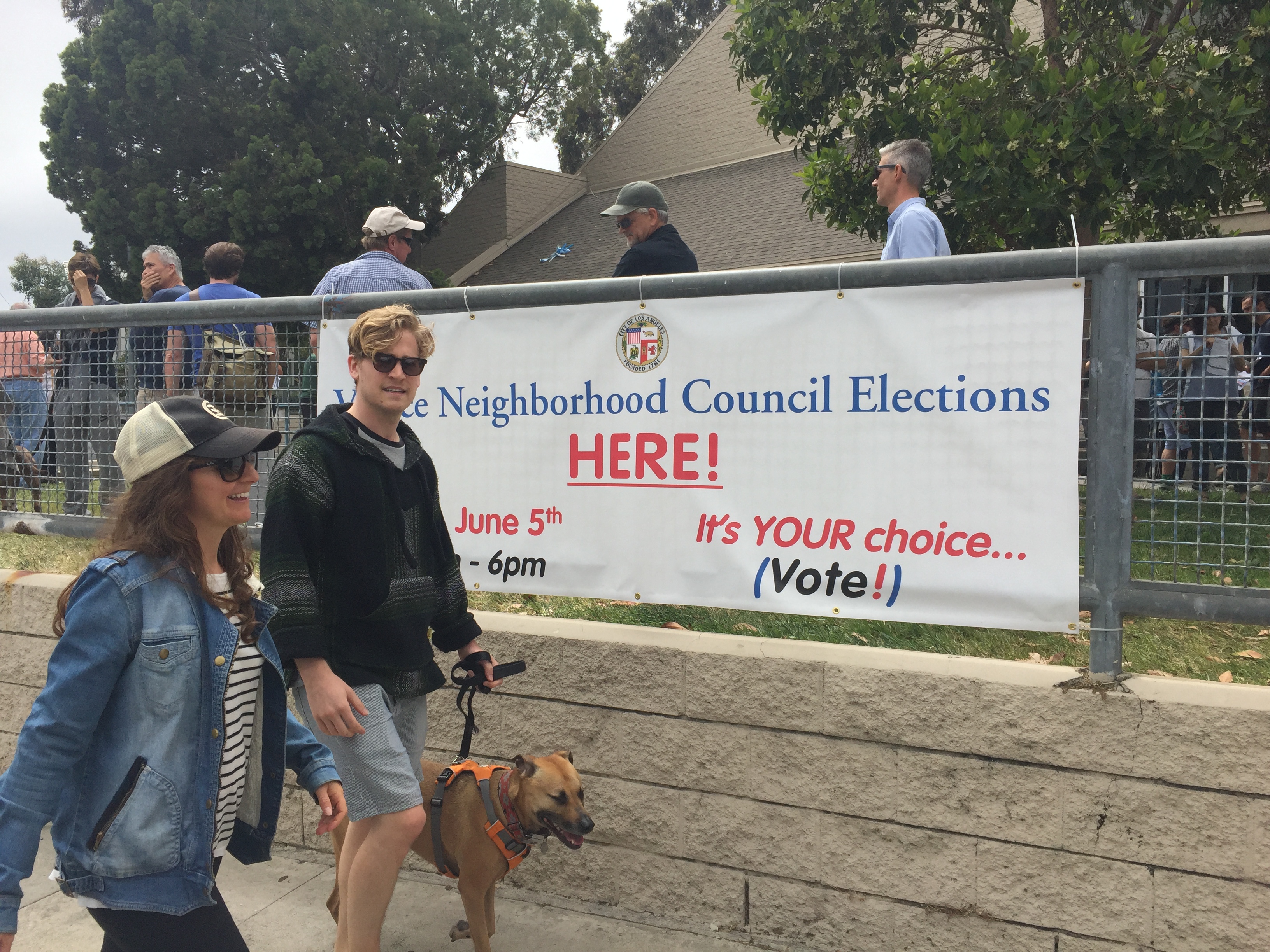 It began with a text that read, “voter suppression going on now.” The word was employees from Venice restaurant Scopa, at 2905 Washington Blvd had been given the blue form to vote and not the green and white ones.

Blue forms allow those who do not live or work in Venice to vote for a Community Interest Officer in the Venice Neighborhood Council Elections and nothing else. The green and white forms where for anyone who lives, owns property, or works in Venice.

Citywide Director of Elections for the Neighborhood Council System, Jay Handal, assured Yo! Venice that he personally checked  ballots given to Scopa workers.

“I was made aware that there may be a problem with Scopa workers and I immediately went and checked with the staff to ensure every Scopa worker and every restaurant worker, and if you go to the table you will actually see a list of every restaurant in the district from the Chamber of Commerce, to be sure they get the proper (green and white) general ballots.”

However, Mark Ryavec is not so sure everyone was given the correct ballots. President of the Venice Stakeholders Association, Ryavec was volunteering at the election and said he caught one particular case where Steve Heumann, Vice President of Sidewalk enterprises was given only a Community Interest Ballot and not the general ballots he should have been given. Heumann owns Sidewalk Cafe and Small World Books.

A recorded 2729 votes were cast and are expected to be counted by either later today or early Tuesday.  However, with a disgruntled legal observer, candidates accusing opponents of fear-mongering, failures to give provisional votes to those who should have been given them, and even misprinted ballot papers, whether any votes will count at all is yet to been seen as threats of a challenge to the election loom from all directions.