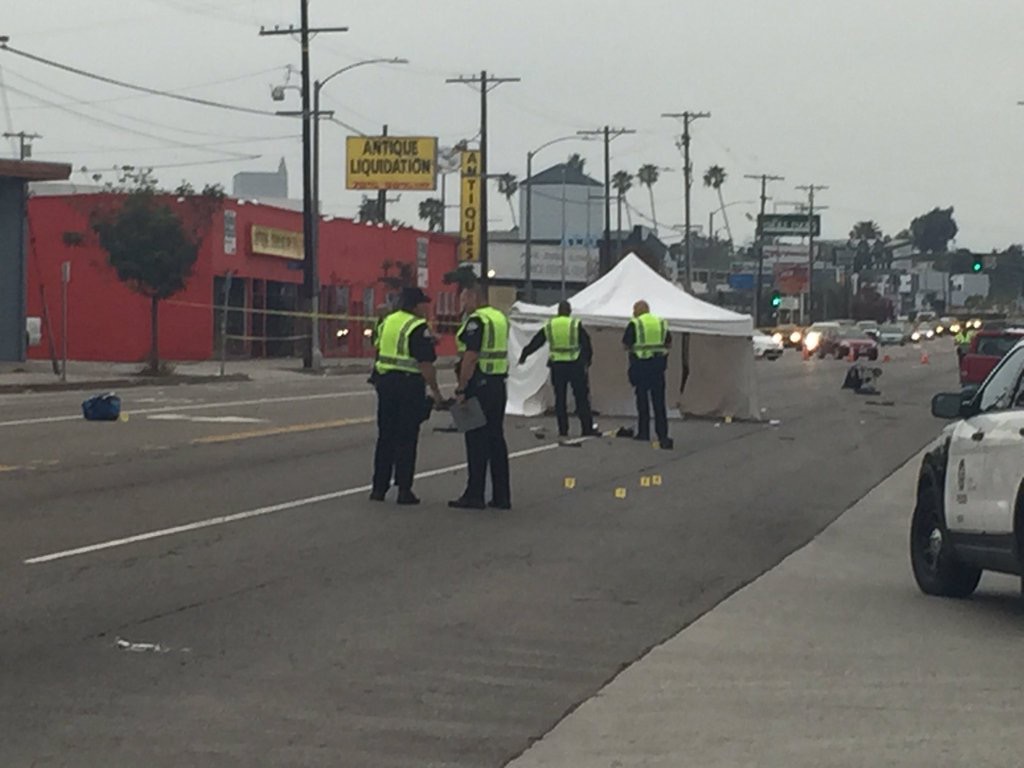 A person in a wheelchair was struck and killed while crossing Lincoln Blvd on Wednesday afternoon.

Traffic was shutdown on Lincoln “both ways between and Vernon

and Rose” according to Venice local Bill Stringfellow.

Stringfellow tweeted a picture of the scene. Police had set up a tent on the road.

The driver of the car remained at the scene. No charges were laid.