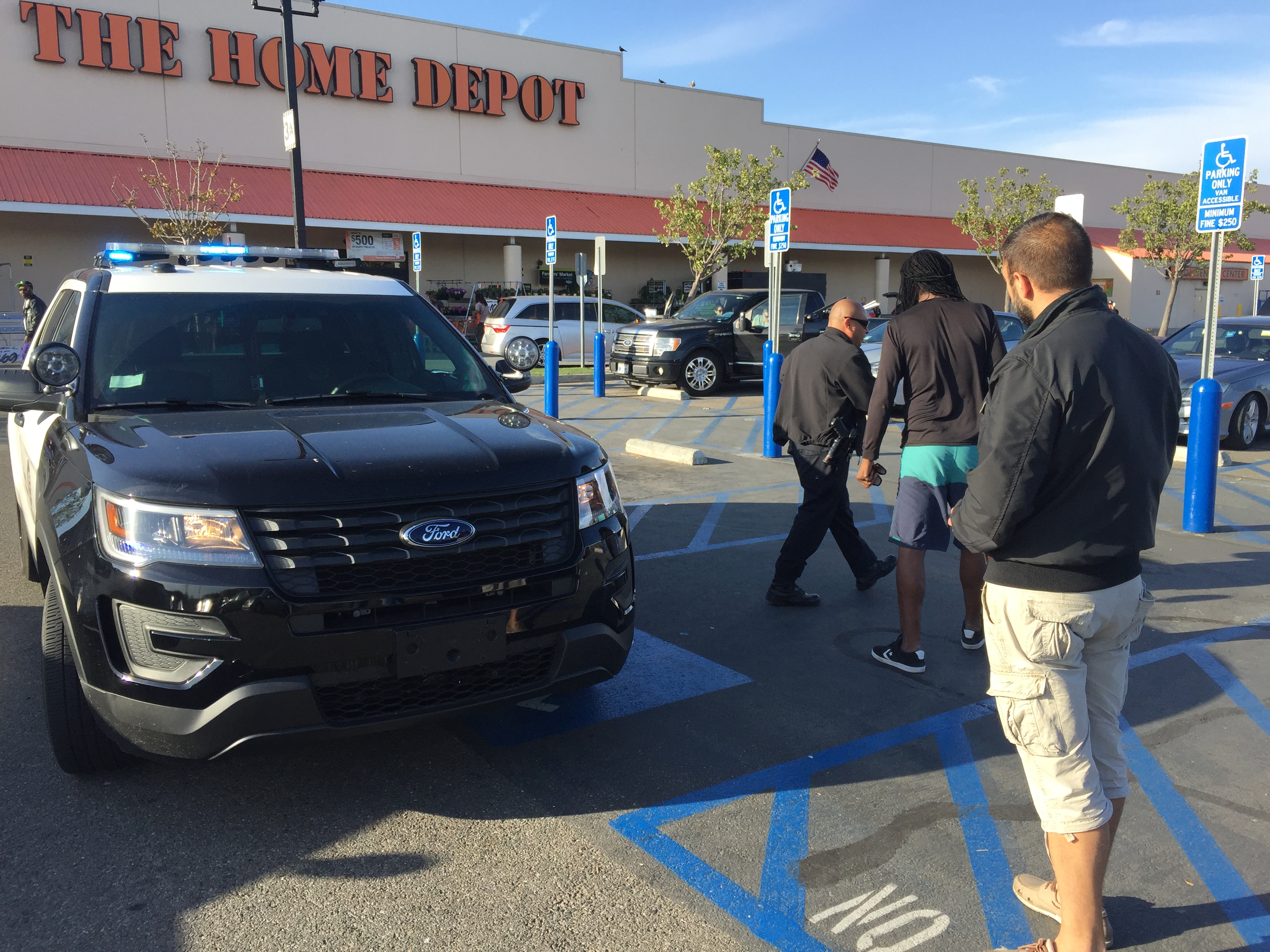 Drama in the parking lot at Home Depot on W Jefferson Blvd, in Playa Vista yesterday when an irate man pulled a knife with a 6-inch blade and threatened to stab a man, he said threatened to shoot him.

The upset happened just after 5pm. The man with the knife had been shopping with his mother and was walking through the parking lot when he confronted a Marina del Rey man he said had almost run him over.

Unable to catch up, the angry man stabbed the other man’s car tire multiple times before faking a call to 9-1-1, reporting there was a man with a gun threatening to shoot him.

This was when witnesses stepped in accusing the knife man of being a liar. The man threatened several of the witnesses while yelling racial obscenities to the man he’d threatened to stab.

After this he ordered his mother to, “get in the car and drive.” As she drove a short distance away he continued to threaten everybody around him, pulling his knife once again before following after his mother, getting in the car, and together they drove away.

LAPD Pacific and Air Support Division arrived on the scene minutes later but not before the knife man and his mother had driven off. Police were confident the man would be easy to find as they had an address from his mother’s license plate.

He could face a felony charge.

Yo! Venice has exclusive, dramatic video captured by Yo! Mel.  We will post it as soon as we know the man has been taken into custody.