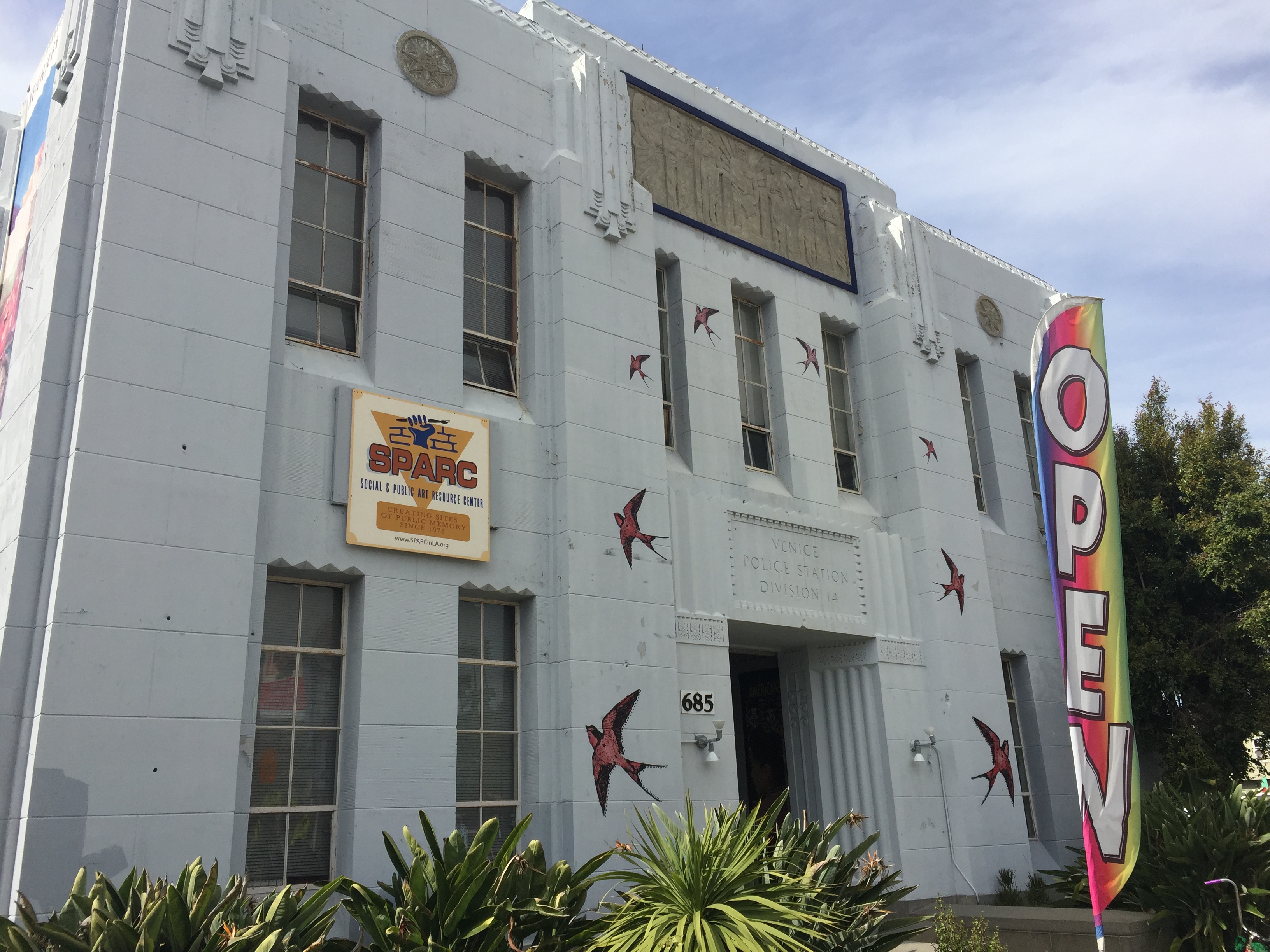 The Social Public Art Resource Center (SPARC) will join the Venice Art Crawl for the first time, opening their doors to a powerful exhibit, Ayotzinapa: A Roar of Silence.

“This is an exhibit that really brings out a part of everyone who is a parent or who is concerned about a relative,” said visiting resident curator at SPARC, Marietta Bernstorff. “To think that you can lose a child to police, whether it be in the United States or in Mexico. This is a very powerful and moving show.”

On September 26, 2014, students from the Escuela Normal Rural de Ayotzinapa in the Mexican state of Guerrero boarded buses towards the town of Iguala. Here the plan was to protest a political event hosted by a political leader and his supporters. As the students arrived in Iguala, local police intercepted the buses.

While details of the violent confrontation remain unclear, the police eventually opened fire, killing six and wounding 25. Another 43 student were herded into police vehicles and never seen again.

Eight weeks after the disappearances, internationally renowned artist and activist Francisco Toledo, in conjunction with the Instituto de Artes Gráficas de Oaxaca (IAGO), received over 700 designs from international artists after launching an open call for artworks addressing the 43 missing students for an exhibition titled Carteles de Ayotzinapa. Forty-three were displayed at the Museo de Memoria y Tolerancia in Mex- ico City, along with an installation of 43 kites – each displaying the face of one of the miss- ing students – created by Toledo and partici- pants of an “Art and Paper” workshop in Oaxaca.

SPARC, the Center for the Study of Political Graphics (CSPG), ArtDivision, and Self- Help Graphics & Art, all Los Angeles-based organizations committed to using art for social change, have collaborated to bring this important, international exhibition to Venice Beach. This is the first time this exhibit has been seen in the United States.

“From Iran to the United States to Germany to Poland to Portugal to Argentina to Mexico, these posters demonstrate how pow- erful artists can be using just one image to say something,” Bernstorff said.

A local Venice organization, SPARC has been around since 1976 after one of the orga- nization’s founders, Judy Baca, had an idea for a space where public art could be developed and artists from different backgrounds could come and create social justice work.

In a fitting move, SPARC took over the old building after one of the organization’s founders, Judy Baca, had an idea for a space where public art could be developed and artists from different backgrounds could come and create social justice work.

To this day SPARC has fought for social justice through art. Ayotzinapa: A Roar of Silence, is one of the many moving exhibits that have honored the walls of SPARC’s Durón Gallery.

The exhibition continues to run at SPARC, the Social and Public Art Resource Center, 685 N. Venice Blvd., from 11am to 5pm, Tuesday’s through Saturdays. Admission is free.