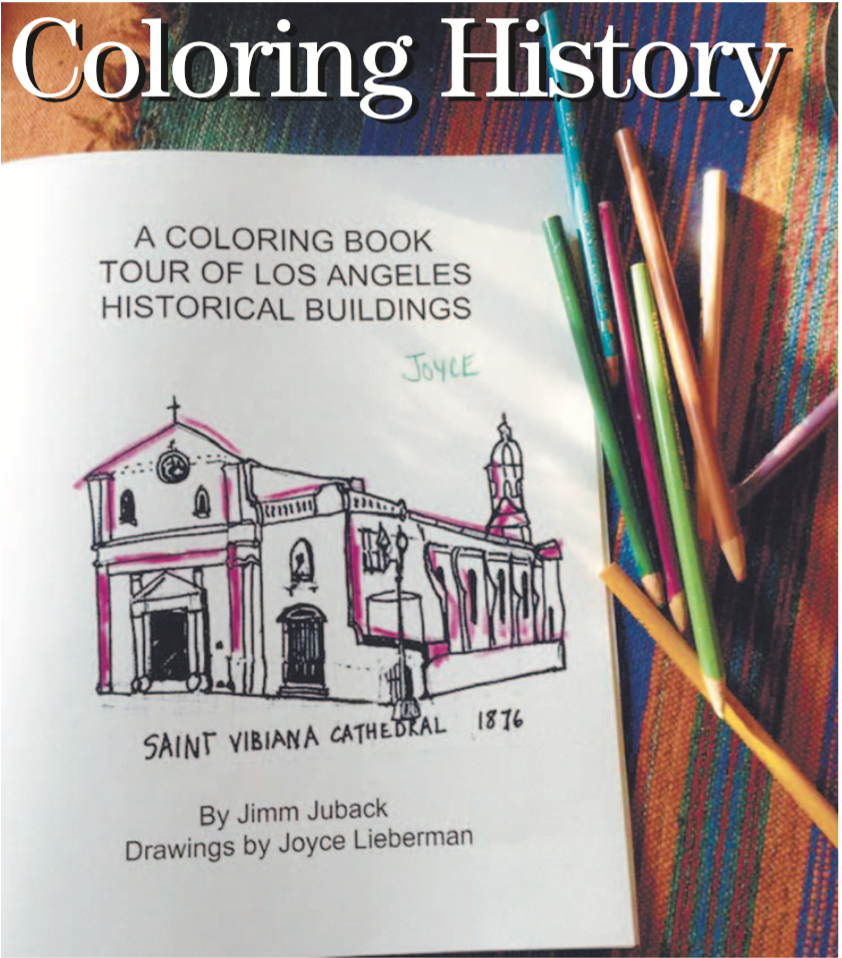 Joyce Lieberman, a Venice based visual artist, has released a coloring book for adults. Each drawing, created by Lieberman herself, is of an historical site in Los Angeles. Sites include Union

Station, The Hollywood Bowl, The Santa Monica Pier Carousel, and City Hall, among other exciting and colorful places. Lieberman worked on the project with her hus- band Jimm Juback who wrote short descrip- tions that explained why the sites were historically interesting.

“A Coloring Book Tour of Los Angeles Historic Buildings,” was partially inspired by Juback, who “made a list of historical places we could visit.” He said that he was pleasantly surprised to discover the popularity of adult coloring books, and so the project was borne.

“Last year a new team of creatives I was work- ing with, being new to Los Angeles, said they wanted togettoknowtothecityandIwantedtobeatour guide,” Juback explained. He said that history is often seen as something older than the person exploring, and the coloring book set out to help the team get to know Los Angeles from a different perspective.

“They came from that part of the country, Vir- ginia – those folks they’re confronted with a lot of his- torical points of interest in their environment,” Juback said, with the new book attempting to bridge the his- torical divide by revealing Los Angeles’ rich past.

buildings out of context, making the book informa- tive.

The criteria for the coloring book was simple: buildings that were “still standing” to showcase exist- ing buildings and “visually diverse and interesting” to provide a unique artistic experience for coloring. There was a decision on Lieberman and Juback’s end to showcase specific buildings that were, and are functional, to prove that history is not static, that his- tory can be enriching and valuable.

The accuracy of the pictures was created through hours of research, but Lieberman and Juback did not set out to write an encyclopedia. The focus instead, is on the art itself. The book also reveals the artistic side to the history of buildings by focusing on the aesthetics of the architecture.

The printing and publishing process was quick according to the pair: they did their own saddle stitch stable binding and copying pages was done at Kinko’s. The amount of books printed depends on buyer demand. Both Lieberman and Juback hope to sell as many as possible.