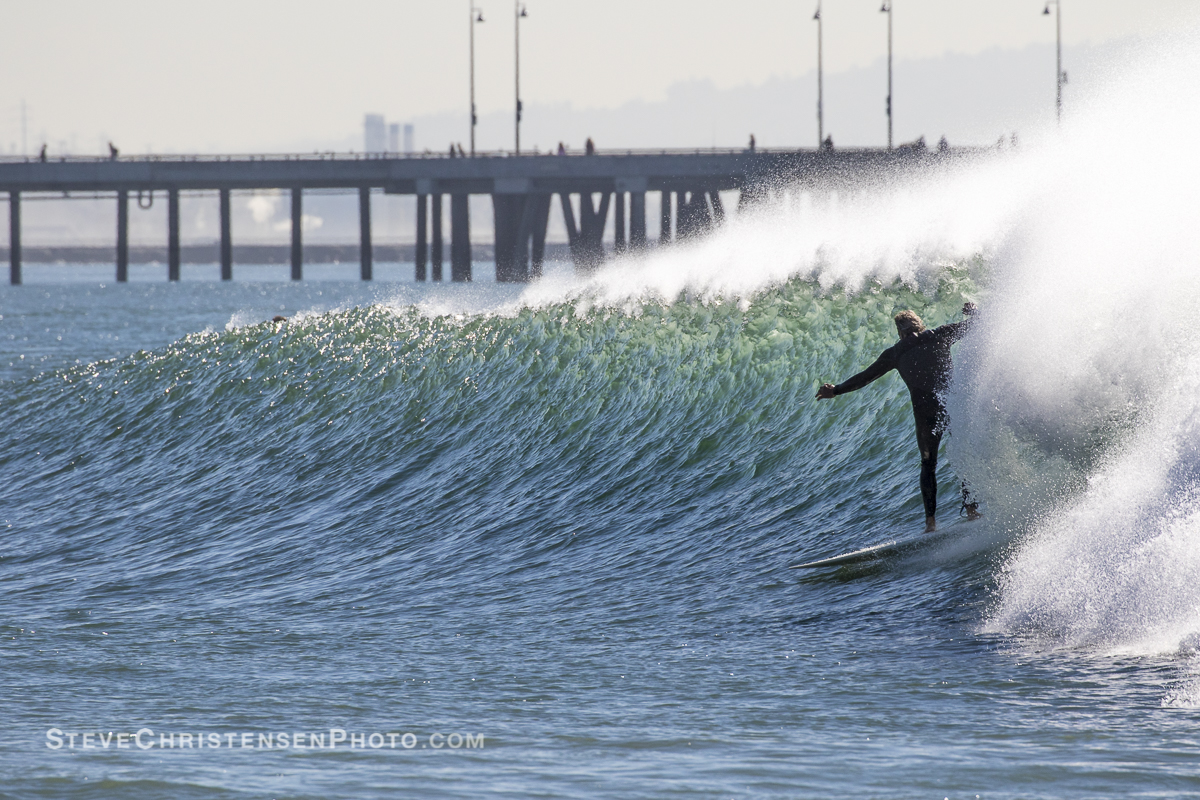 The big waves are back and the National Weather Service has issued another high surf advisory saying surf between 6 and 10 feet, with maximum set of 12 feet, is expected to pound the L.A. County Coast today, continuing until at least early Tuesday afternoon.

“The large surf may cause minor beach erosion and strong rip currents that will create a risk of ocean drowning. Sneaker waves can suddenly overrun previously dry beaches and jetties,'” the NWS statement said. “Minor coastal flooding is possible around times of high tide for low-lying areas, such as beach parking lots.”

The highest surf in L.A. County is expected at west- and northwest-facing beaches. Sswimmers are warned to watch for dangerous rip currents, swim close to a lifeguard tower, and if caught in a strong current remember to swim parallel to the shore until free.

Also in today’s forecast is a 20 percent chance of rain in Los Angeles
County this afternoon. Similar conditions are expected Tuesday, but temperatures will be a few degrees warmer Wednesday.