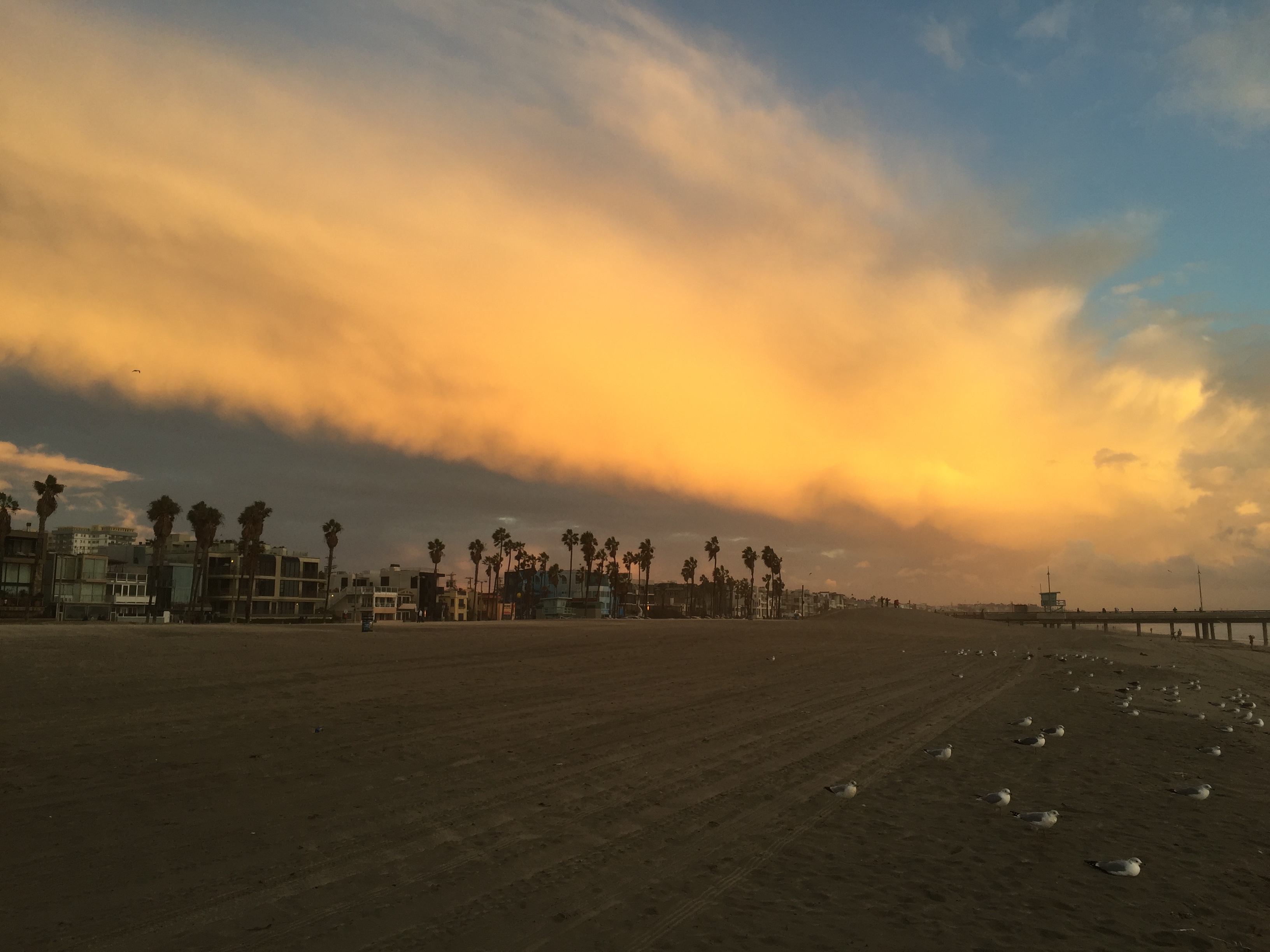 As storm clouds loom off the coast be sure to keep on the look out for beach closures today, as the second significant Pacific storm of the season barrels into Southern California.

The heaviest rainfall is expected between 10 a.m. and 4 p.m., said NWS meteorologist Curt Kaplan and a a high surf advisory remains in effect until 10am on Friday.

In all, the system could produce from one to three inches of rain in coastal and valley areas today and between two and four inches in the mountains, he said said.

Rainfall rates in a thunderstorm could exceed an inch of rain per hour, it said, adding that thunderstorms could also spawn microburst winds, resulting in “strong winds crashing to the surface” and causing significant damages.

A wind advisory will be in effect in the Santa Monica Mountain
Recreational Area and the Santa Clarita Valley from 10 a.m. to 9 p.m. today and in the Antelope Valley and on Santa Catalina Island from 10 a.m. to midnight.

Today’s expected storm, while the second this week regarded as
significant, is actually the third system to visit the region since Monday, when the Southland experienced a weak storm that cleared out the same day. A fourth storm system is expected later in the week.