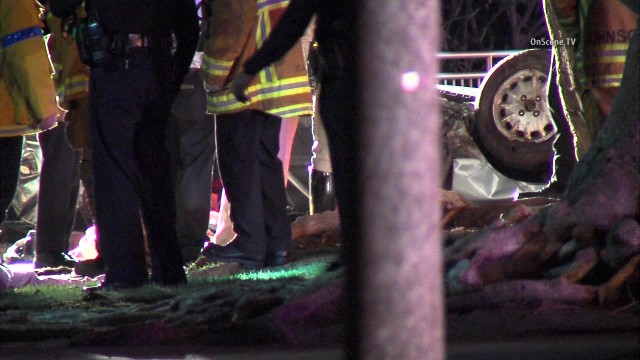 Above: Two men and a woman died in the fatal accident. Photo via OnScene.TV.

The crash was reported about 4:55 p.m. at 171 Via Marina Court, according to Erik Scott of the Los Angeles Fire Department.

Two of the victims were trapped in the wrecked sedan, which ended up on its roof, and firefighters worked to free their bodies, Scott said.

The other two were ejected from the car, Scott said.