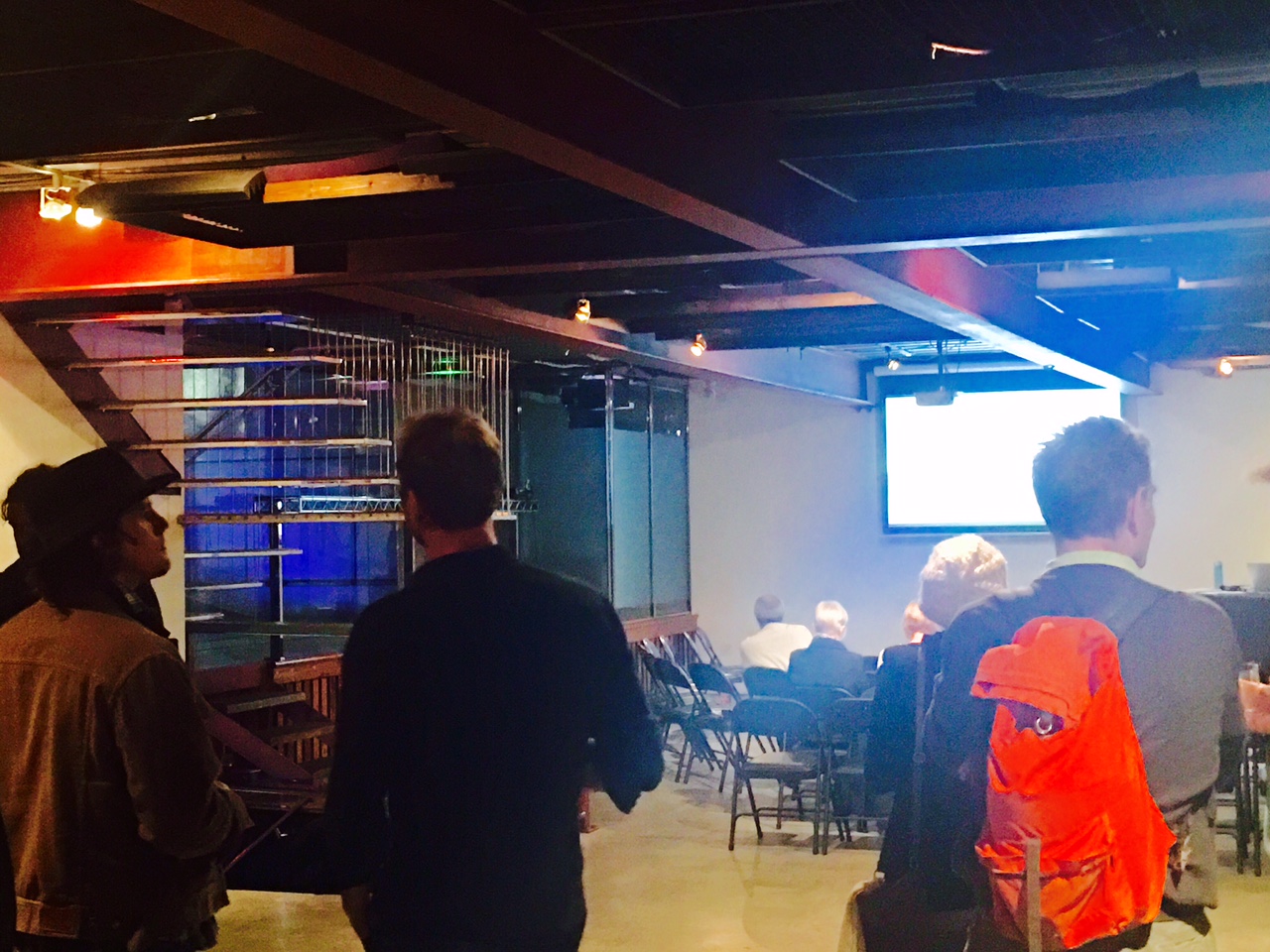 Earlier this year news of the project saw concerned residents gather at the home of Venice local John Stein. Stein, who lead the initial push against the project told Yo! Venice, “Offices don’t belong on Venice Beach. They can go in lots of other places. This is for people who want to go to the beach, who  come from afar, come from inland, that’s what’s at stake here.”

Glen Irani Architects, on behalf of the project owners will be seeking a Coastal Development permit and Conditional Use Permit from the City of Los Angeles. Irani held the evening’s informal gathering to discuss the project with residents in the lead up to going before both the Land Use and Planning committee and the Venice Neighborhood Council board on November 30th and December 1st.

Venice local Henry Hereford, who lives close to the planned development said after the meeting, “It looks like something is going up and this is probably the best option. Glen did a great job trying to answer our questions but is it fair to ask an architect to explain the traffic, construction impacts on the community.We all agree the building looks great but I want to know how my life will be impacted over the potential 18 months of construction. It was a shame that the owner was not there to address the locals issues..maybe he is not a Venice local. There is also no guarantee that the businesses will employ locally.”

Sidel also said in June that neighbors not all neighbors were necessarily against the project, “they’re looking at the opportunity to make the project right, as opposed to opposing it.”.

Irani said, “I think as any good architect would do, I want to  take into account what everybody thinks. Which is what the evening’s formal meeting was all about.

Read the original Yo! Venice story here and add comments to the forum here.