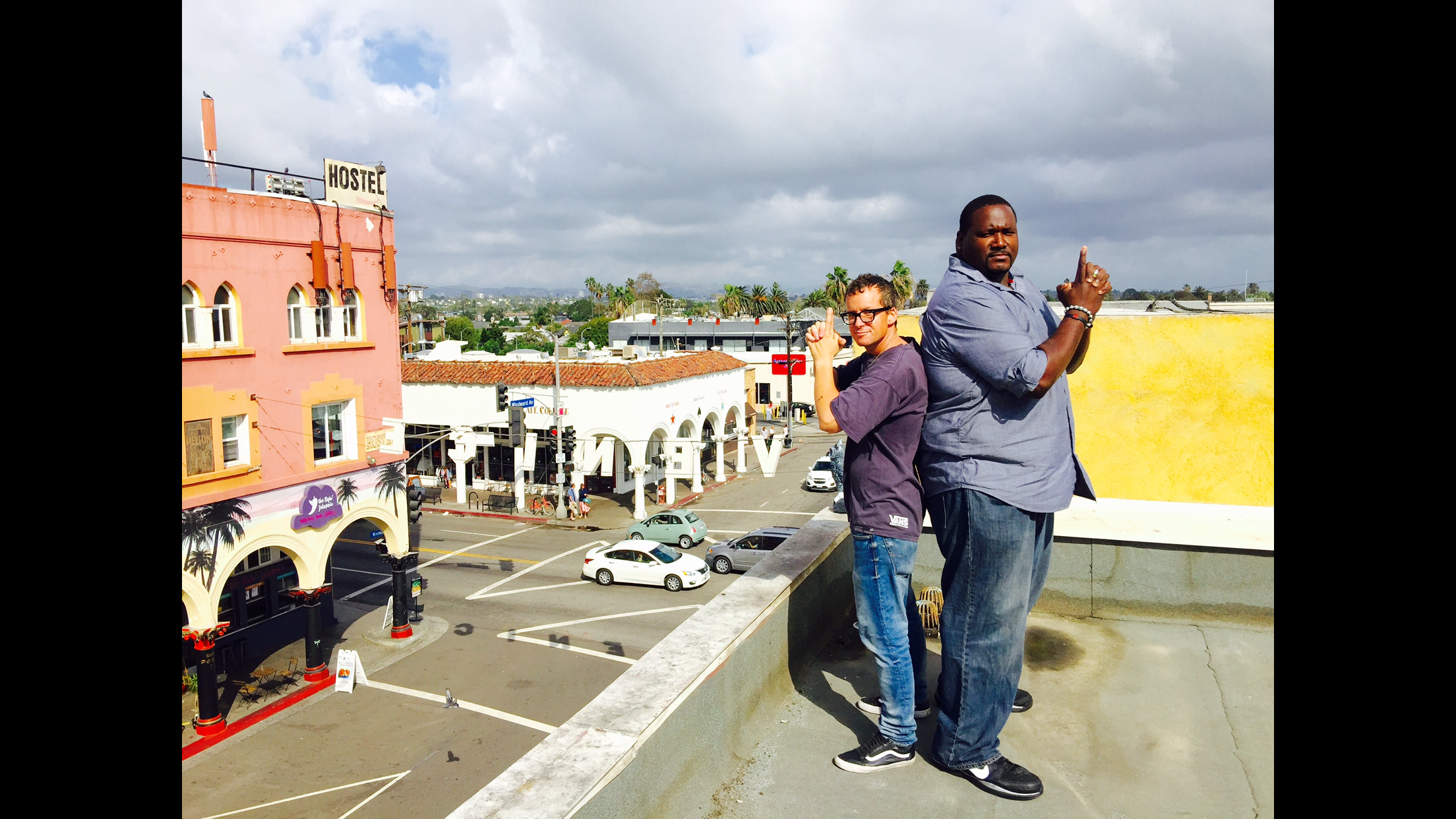 At the Teen Project’s Venice PAD on Windward Avenue celebrity visits are a common occurrence; actor Ellen Page has popped in, and more recently actor Quinton Aaron, who starred along Sandra Bullock in “The Blind Side,” dropped by to help inspire the local homeless youth of Venice.

Sharing pizza and inspiring stories of how he himself was close to being homeless, Aaron made a big impact on the 15 or so young people who had come to meet the 6’8” actor – and it was not just because of his height. Aaron says he fully supports the work of Teen Project and the PAD.

“What this organization and Teen Project is doing, they’re doing it right,” Aaron says. “They’re making a difference. The children are our future and they’re working to make sure our future is looking pretty bright.”

PAD Manager Timothy Pardue describes visits from people like Aaron as “very inspiring” and that overall celebrity visits are important to a charity like the Teen Project as the awareness helps increase donations and the more money the organization has coming in the more kids they can get off the streets.

Since March the organization has helped 53 young people off the streets. However as the tourist season in Venice quiets down homelessness is on the increase.

“We’re getting really busy,” says Pardue. “It’s getting cold everywhere and a lot are coming to Venice to escape the winter everywhere else.”

One of the local youth who got to meet Quinton Aaron was Jacob, a teen who has been homeless in California for about three weeks and in Venice for only two days.

He had been trying to get back home to Colorado.

“Before I got out here I was trying to get back home,” Jacob says. “They [Teen Project] just told me about a job so I’m going to do that and get back on my feet.”

Jacob says meeting Aaron was inspiring for him.

Aaron explains that it was being cast in “The Blind Side” that saved him from the streets.

“‘The Blind Side’ happened, literally right in the nick of time,” Aaron says. “I never stopped believing that it was going to happen and it took a year to happen, but it came right on time.”

After the success of the movie, Aaron decided to pay it forward and start his own foundation.

“At the time I was speaking a lot at schools, talking to kids from a motivational standpoint telling them my story and my background,” he says. “I’ve been through a lot of bullying in my life in my past and a lot of kids who were approaching me were asking me how did I deal with it? How did I deal with being bullied, and how did I deal with the fact that nobody around you likes you, or wants you around, or that you’re never accepted?”

Aaron says he was bullied mainly for his weight.

Pardue says many of the homeless kids in Venice have been bullied.

Lauri Burns, founder of the Teen Project, says that Aaron not only represents the anti-bullying movement but also foster kids after his work on “The Blind Side.”

“People look at Quinton and they know who he is and they know that he represents foster kids and I can’t tell you how many of these kids come in here,” says Burns. “Even today there were two foster kids sitting on the couch in the front and they tell their stories and you realize again and again kids are leaving foster care to homelessness and they’re coming from all over the United States to Venice Beach for the sunshine and the resources. When someone like Quinton gets involved they really get it, they get that it’s even bigger than anyone can imagine, that it’s happening all over America. It’s a godsend that he’s come to us and helped us to represent the lives of the foster kids in America.”

Aaron says he is looking forward to working with the Teen Project through his foundation the Quinton Aaron Foundation.

“Over the years the numbers of child suicides have grown, mainly because of bulling and kids being picked on because they felt they were not accepted or people were saying mean things about them or doing mean things to them and now it’s even evolved into social media. I don’t know if we can fully ever stop it one day but if enough people get involved in protecting these kids, seeing to it that we have a zero tolerance for things like that we can make a difference. I believe that and that’s why I do what I do,” says Aaron before he sweeps Burns up off her feet into his big strong arms, the kind you want lending a helping hand to get kids off the streets in Venice.