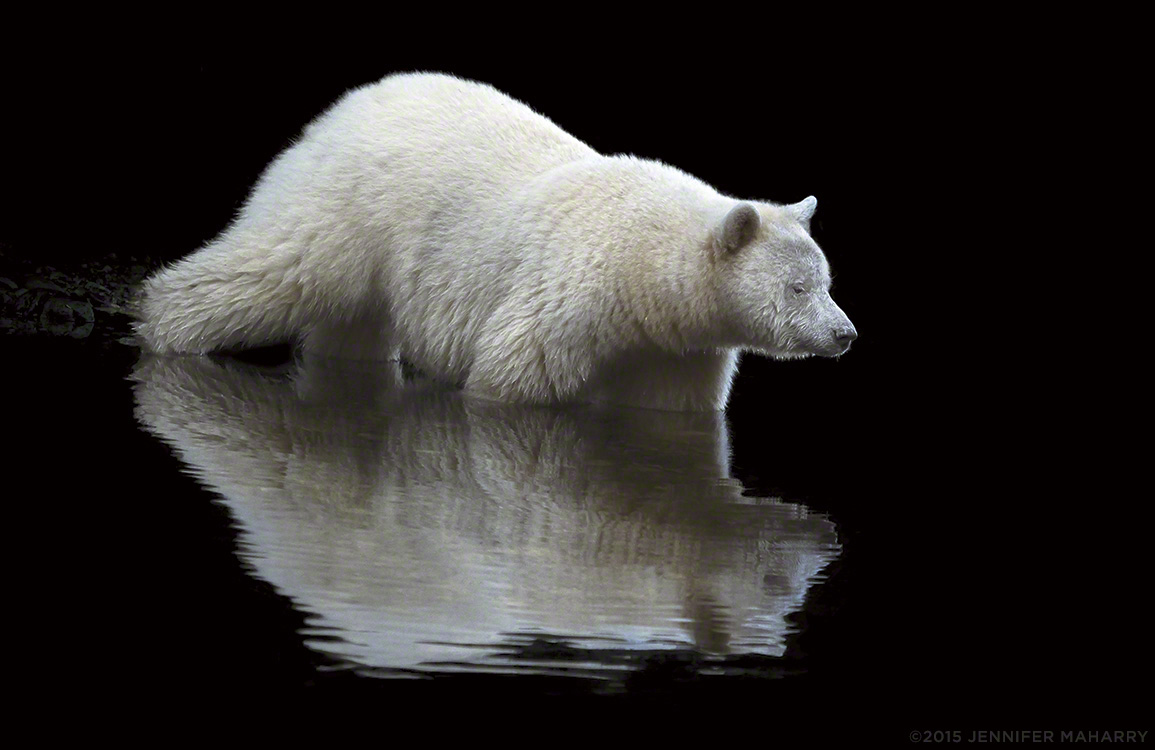 The G2 Gallery in Venice is getting ready for the premiere of ‘The Great Bear Rainforest’ on Tuesday, Nov. 17, for a new collection of photographs from popular Los Angeles-based artist Jennifer MaHarry that includes images of the rare, white-coated “spirit bear.”

Each of her shows has focused on intimate personification of a certain group of animals – horses, birds of prey, shelter pets, wolves and now, creatures from one of the largest remaining tracts of unspoiled temperate rainforest in the world.

Photographs of cougars, wolves, grizzly bears, and the elusive white “spirit bear” will be on display in MaHarry’s characteristic style.

Located on the British Columbia Coast between Vancouver Island and Southeast Alaska, the Great Bear Rainforest became well known in 1997 after a coalition of environmental organizations gave the region its current evocative moniker.

This new name, along with a broad conservation campaign, worked; it led to 3.5 million of the forest’s 7.7 million acres receiving government protections and constant expansion of logging-prohibited areas.

Great Bear has been in the news for its wolf culls, which have been decried by various celebrities, including Miley Cyrus, who visited the rainforest in September. Like Cyrus, MaHarry took a First Nation-led tour of the area in October 2015.

“It was always a dream of mine to go to the Great Bear Rainforest and photograph the rich wildlife there,” says MaHarry. “The trip was such a great opportunity to witness life unaffected by people.”

The opening reception for ‘The Great Bear Rainforest,’ along with ‘Emerging VIII’ and ‘Friend or Fo-to,’ will be held on Nov. 21 from 6:30 to 9 pm. Admission is $10 at the door and includes wine, hors d’oeuvres and complimentary valet in front of the gallery.

All proceeds from admissions will be donated to several nonprofit organizations, including The Bay Foundation, InterTribal Sinkyone Wilderness Council, Greenpeace and Western National Parks Association. RSVP to  rsvp@theg2gallery.com.