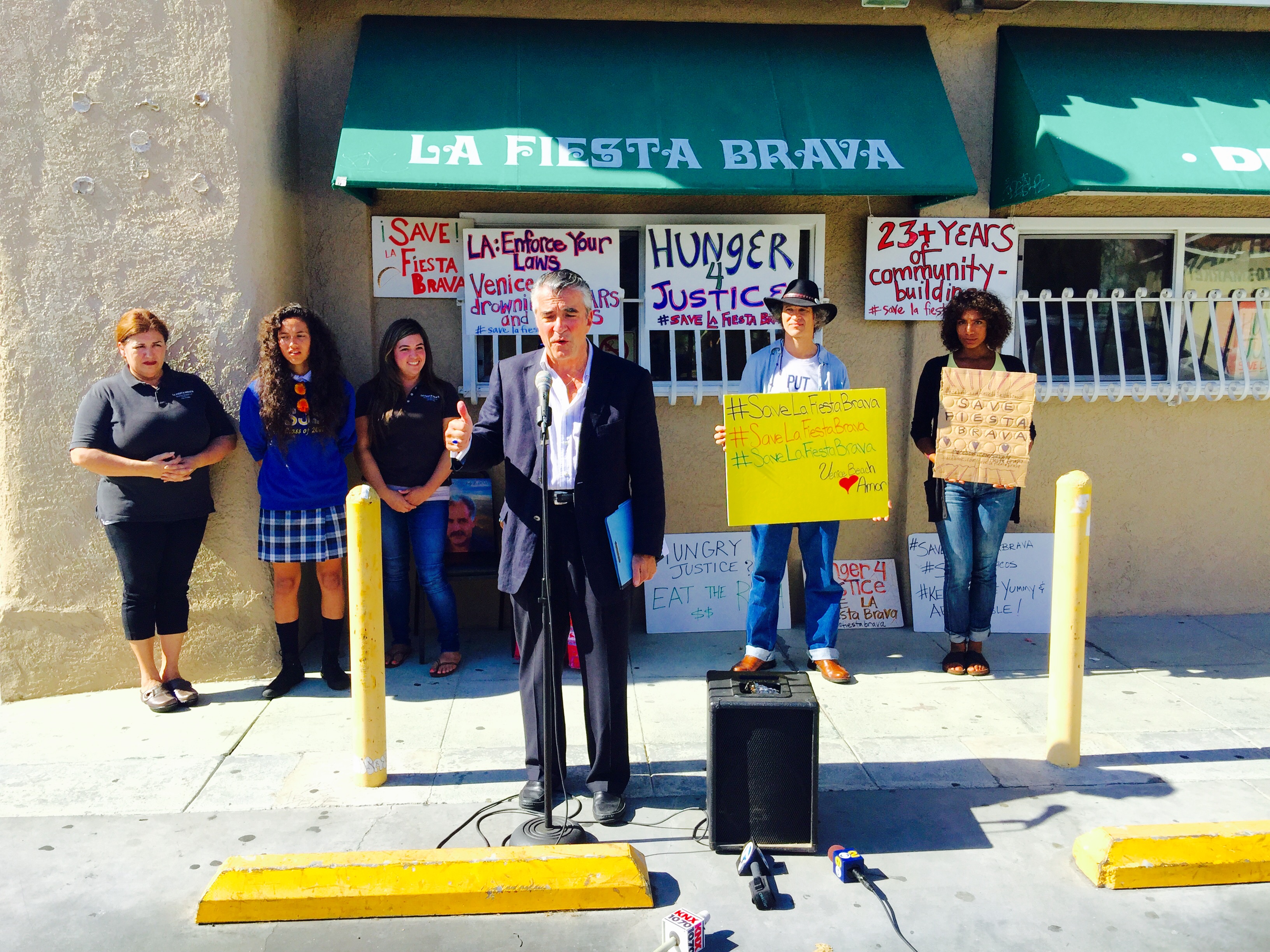 Judge Bobbi Tillmon ordered La Fiesta Brava out of their Rose Avenue location yesterday, giving the  Camarena family until January 1, 2016 to clear out the restaurant that has been their business for over 20 years.

“My Dad built this place. He came here 22 years ago,” said Jasmin Camarena, the eldest Camarena daughter. “People have watched me grow up here, a lot of our customers, they’ve known me since I was 5 or 6 years old. To me they’re like family. We’d love to stay. We know that sometimes change is inevitable but it doesn’t have to be this way.”

A victim of rising the rents across Los Angeles, the Camarena family had been renting their space off property owner Miriam Zlotolow.

Zlotlow had also been the owner of the Venice Ranch Market which was housed in the same building as La Fiesta Brava at 423 Rose Ave. Zlotolow closed up shop earlier this year after making an arrangement that would see local Restauranteur Bruce Horwitz take over the space and develop a new restaurant on the property.

Horwitz spoke to Yo! Venice earlier this year saying “I am not kicking them (La Fiesta Brava) out, the landowner (Zlotolow) wanted to realize the market rent of the property.”

The Camarena family have been paying rent well below market value and while they were under the impression their late father had signed a rent agreement with Zlotolow, Zlotolow believed the family were under a month to month agreement.

Regardless, the family had been led to believe Zlotolow was planning to let them continue to operate out of the space until Horwitz was ready to move forward with the new development.

Friday’s eviction ruling was a shock to the family, as well as Venice locals who had thought La Fiesta Brava would have more time at it’s  Rose Ave location.

On October 8th local activists and residents against the new development announced a plan to appeal the City’s decision to grant  permits to Horwitz.

Attorney for the appellants Mark Kleiman said, “We’re drawing our line. They’re not going to do this. Not without a fight.”

Yo! Venice sources speculate whether the appeal has resulted in Zlotolow’s change of heart and decision to have the Camarena family and their business evicted as soon as possible, even though the family has no part in the appeal.

If the appellants fail to win their appeal with the city they plan to take it as far as the Coastal Commission, Kleiman even joked the group  were ready to take the fight to the UN if need be.

The appeal hearing with the city is planned for early December.

Read the history of the LA Fiesta Brava saga here.