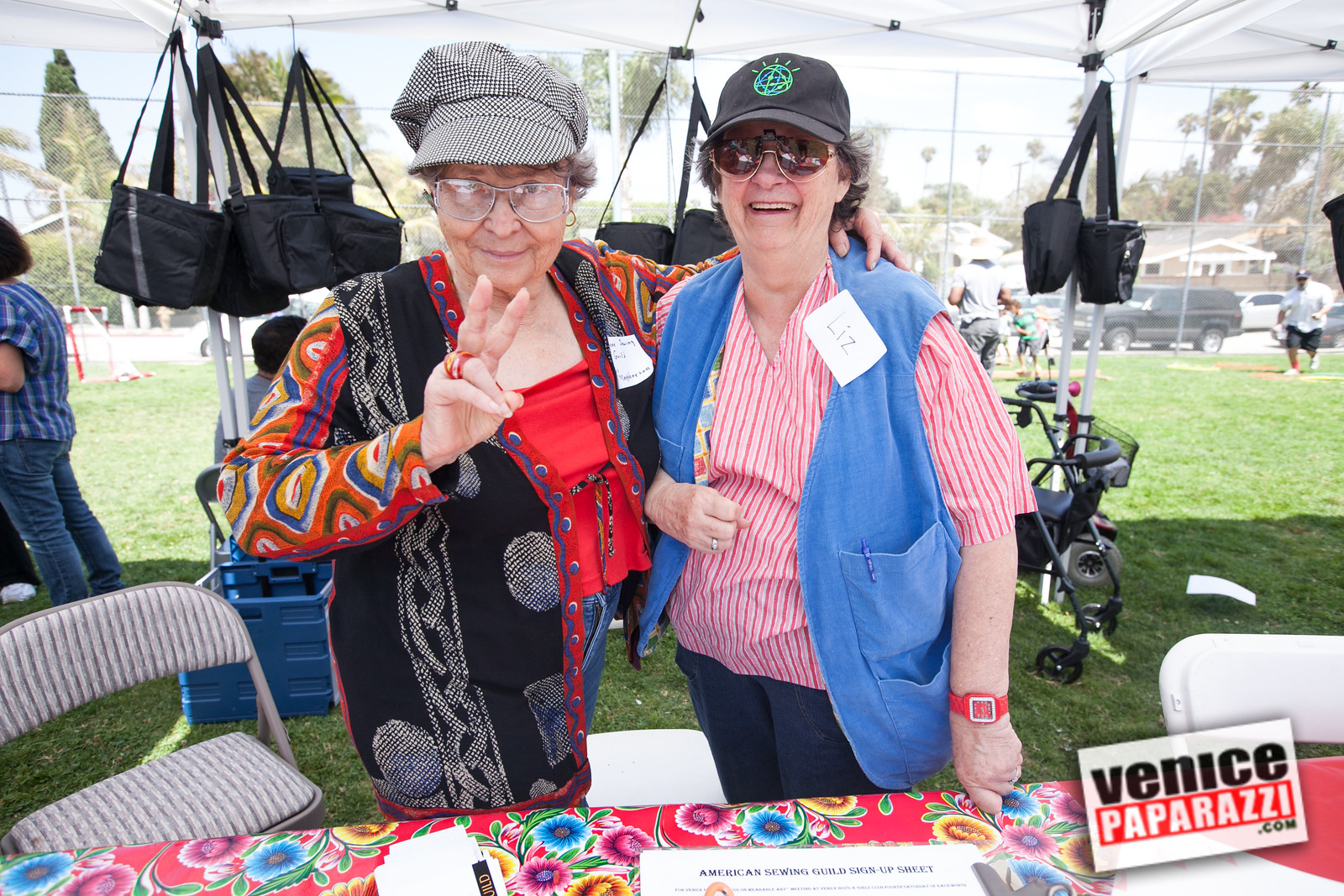 Two weeks ago Venice lost a true treasure: Challis Macpherson. While the term gets thrown around too often, Challis was truly “bigger than life.”

Of course, there were the hats, and the clothes; as colorful and creative as the woman herself. But, what a lot of folks don’t know is that Challis was an excellent seamstress, and actually designed and sewed her own clothes. In fact, she even taught sewing classes at the Venice Boys and Girls Club.

But, more than that, Challis will be remembered, and sorely missed, for her contributions to Venice civic life.

Since the early 70s, Challis was heavily involved in her community. Whether it was founding PVJOBS, which helps place at-risk youth and adults in career-track employment, or serving on the Venice Town Council, the Grassroots Roots Venice Neighborhood Council or the Venice Neighborhood Council (VNC), Challis was a tireless volunteer for the betterment of our community.

I first met Challis almost 10 years ago, after I ran as a write in candidate to serve on the VNC. I knew that Challis had a reputation for being blunt, and our first meeting didn’t disappoint. Sitting in the crowd at a VNC meeting just after the election, Challis interrupted a debriefing about the election’s results, and stood up and asked, “Who’s the guy who got elected as a write in?”

I sort of raised my hand sheepishly.

Her response, “Well, I voted for you, so you better not screw it up!”

Obviously, everyone laughed, and at that moment, a friendship, and mentorship of sorts, was born.

At the time, Challis was the single most knowledgeable person in Venice I knew when it came to planning.

I would attend her LUPC meetings to learn everything I could about how LUPC and the VNC interacted with, and could influence, development in Venice.  Importantly, Challis helped teach me how identify a good project, versus a bad project.  Did the community need the project?  Was it tasteful?  Would it create jobs?  Did it have enough parking?  Was the applicant humble, and willing to listen to and at least consider the community’s input?  Together, we created a system whereby individual neighborhood were specifically alerted by the VNC as to projects that would affect their streets. Challis was a big believer in getting the word out far and wide, and making sure that anyone who cared enough to express their opinion would at least have the opportunity to do so.

Challis also was a skilled ambassador for the VNC. Challis would literally attend every Area Planning Commission meeting, even if a Venice project was not on the agenda.  Similarly, she was a constant presence downtown at Planning Department hearings, and never missed an opportunity to let the City know the VNC’s position on matters.  Challis was so appreciated and respected by planning staff in Los Angeles that by my first term as VNC President, I would routinely receive calls from Zoning Administrators seeking the VNC’s position on the rare Venice project that didn’t have a VNC recommendation in the file. In short, the folks making the decisions wanted to know what Challis and her group had to say.

And, Challis was fun! After any LUPC or VNC Board meeting, there was the nightcap at Jerry’s, and DeDe Audet, Yolanda Gonzales and Ivan Spiegel were never far. As for parties, my wife Ruthie throws great ones, and Challis and Wally were always there.  Challis could tell a great story, and she was always a blast to be around.

I know I speak for Venice when I say that our friend Challis will truly be missed.  She was a good and kind person, she gave selflessly of her time, and she will never be forgotten.