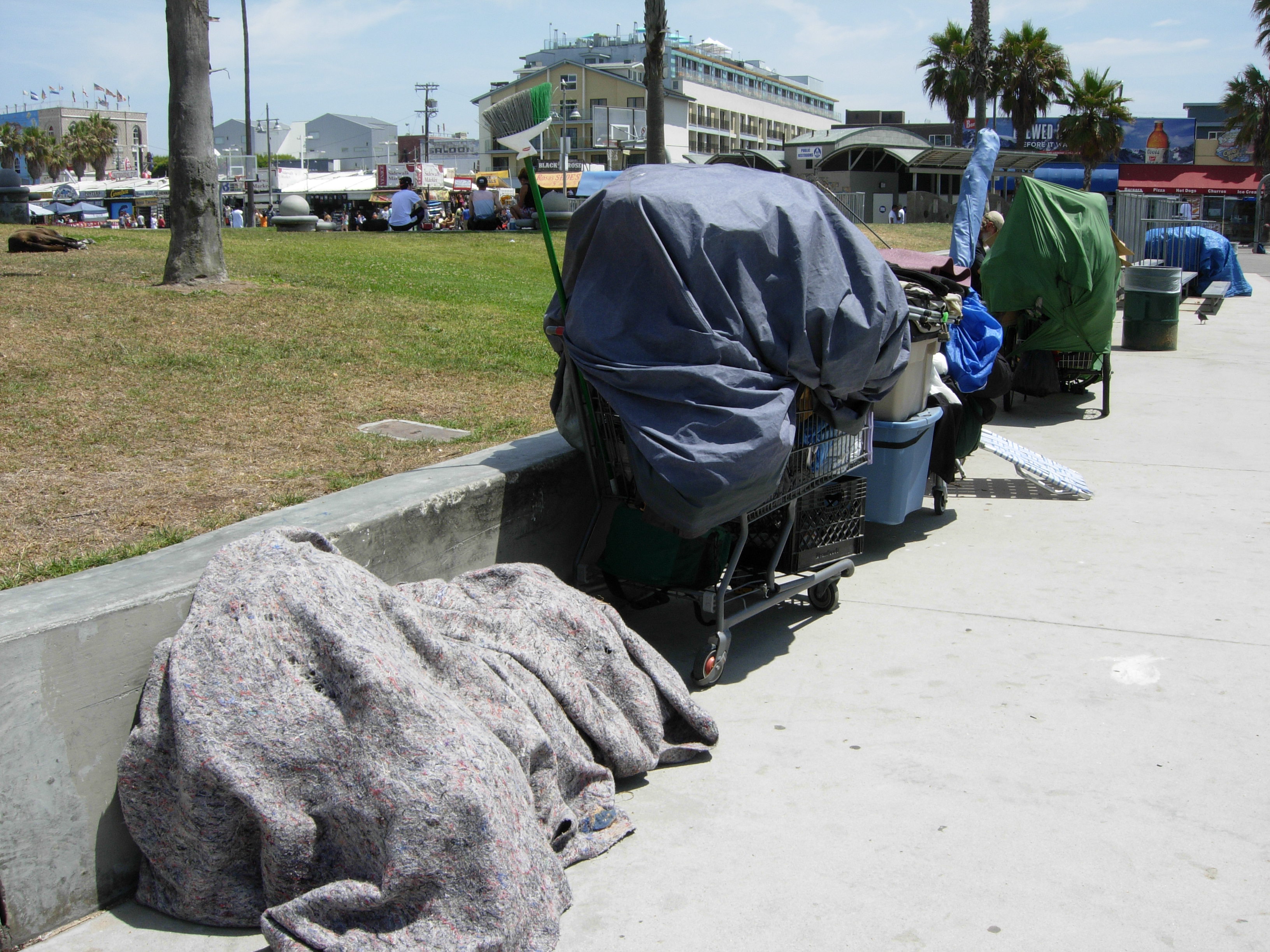 A Los Angeles City Council committee on Wednesday backed the removal of criminal penalties and fines from a recently adopted law that created a process for impounding property, including belongings of the homeless, left in public areas.

The City Council earlier this summer approved the law that set rules for removing items left on sidewalks, streets and other areas in public rights-of- way.

The new law, which shortened the noticing period for removing items from 72 hours to 24 hours, replaced an earlier law that city officials said was too broad and rendered anything left on the ground vulnerable to seizure.

But some advocates for the homeless opposed both versions of the law and criticized the new one as needlessly criminalizing homeless people who have no choice but to keep their belongings with them while they are living on the street.

The City Council’s Homelessness and Poverty Committee appeared to address these criticisms today, voting 3-2 to support an amendment removing all criminal penalties and fines from the law. The panel instructed the City Attorney’s Office to prepare a draft of the amendment and report back to the committee.

The committee’s co-chair, Councilman Marqueece Harris-Dawson, questioned why it was necessary to issue misdemeanor citations when the law already allows city officials to confiscate items.

“We have the legal authority to confiscate people’s belongings without this business of a misdemeanor?” he asked. “I just want to make sure I’m clear on that.”

A deputy city attorney responded that assistance from law enforcement is often needed due to “potential resistance,” but nothing in the law requires that a citation is needed to remove the belongings.

Harris-Dawson also said there are laws that allow law enforcement to make arrests, noting that “15 years ago, I was arrested for sitting down on a lawn trying to save affirmative action, before any of this.”

“We didn’t need to create a new way for people to go to jail — we have a lot of those,” he said.

City sanitation workers have raised concerns that removing criminal penalties from the ordinance would make it harder to enforce the law, according to city staff report.

Other committee members were unwilling to part with the penalties, with Councilman Mike Bonin saying he prefers a “graduated penalty system” to deter repeat offenders.

The panel also backed an amendment that addressed another criticism law – – which is that the city can take items from the homeless even if the items are attended and there is no other place to put them. The amendment would distinguish items that are attended by their owner and would prohibit the removal of attended items if there is no voluntary storage facility within a two-mile radius.

Nicholas Campbell, an analyst from the City Administrative Office told the panel that the amendment could stall the law’s enforcement for an “unknown amount of time” in some parts of the city.

Bonin said that fact “underscores the problem” presented by the ordinance, which is that the city could “wind up for a couple of years criminalizing and seizing property because we’re not offering an alternative.”

A proposal by Councilman Gil Cedillo to suspend the law while it is being revised failed on a vote of 4-1, with some members saying they still need the ordinance to address the accumulation of trash in the city.

“Suspending this ordinance entirely and not being able to remove unattended belongings means, effectively, we will not be able to pick up trash and debris in some of our streets,” Bonin said.

Bonin also said that suspension is “moot,” because the law is “only enforceable with voluntary storage.”

Cedillo argued that the law should be developed at the “front end.” The committee is working to make the law “sharper and clearer, more focused, removing the criminalization … but we’re not there yet,” he said.