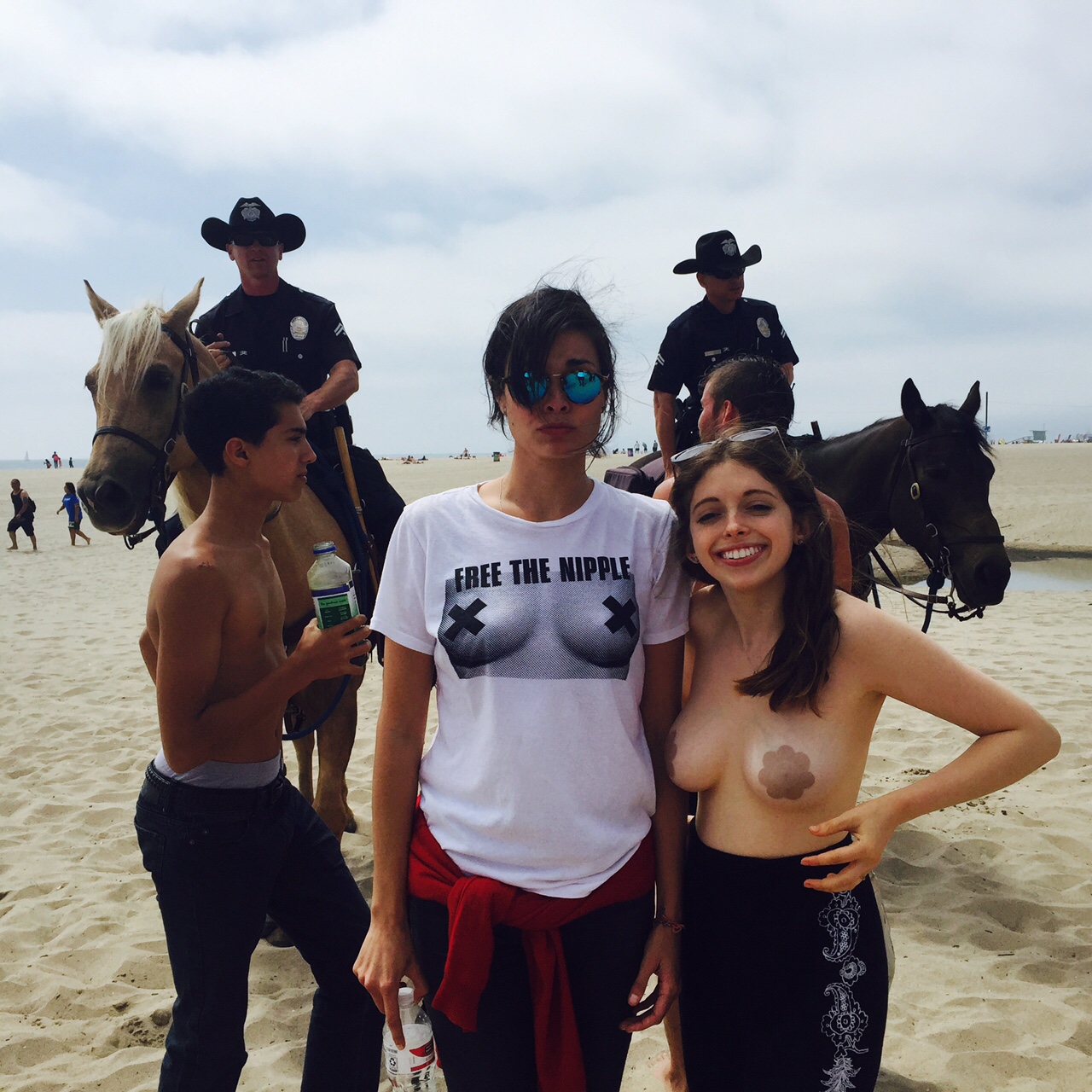 A “boob juggler” will join “topless alien angels” at a carnival tonight in West Hollywood in support of the Go Topless and Free the Nipple movements.

The carnival, which offers a discounted admission price for the topless, begins a weekend of lobbying efforts which push for a women’s right to go bare-breasted in public.

At 7pm there will be a free screening of the film “Free the Nipple”. Those admitted to the event before 7pm will gain free entry, otherwise admission will be $20 or $15 for those that are “topless or with pasties.”

On Sunday the eighth annual topless march will take place on the Venice Boardwalk. A group of women,  joined by shirtless men, will walk from Navy to Windward Circle.

“We’re working toward freeing women’s nipples and obtaining equal gender topless rights that are enforced worldwide,” according to Lara Terstenjak, head of the Los Angeles branch of GoTopless, the sponsor of the event.

In a 12-2 vote on April 21st this year, the Venice Neighborhood Council said it “supports women being afforded the same rights as men to sunbathe topless.”

A statement issued by Councilmember Mike Bonin read that Bonin believed Venice had higher priorities than nipple freeing, “While I appreciate the idea and find it interesting, right now my priorities for Venice are increasing public safety and housing the homeless,” Bonin said in the statement.