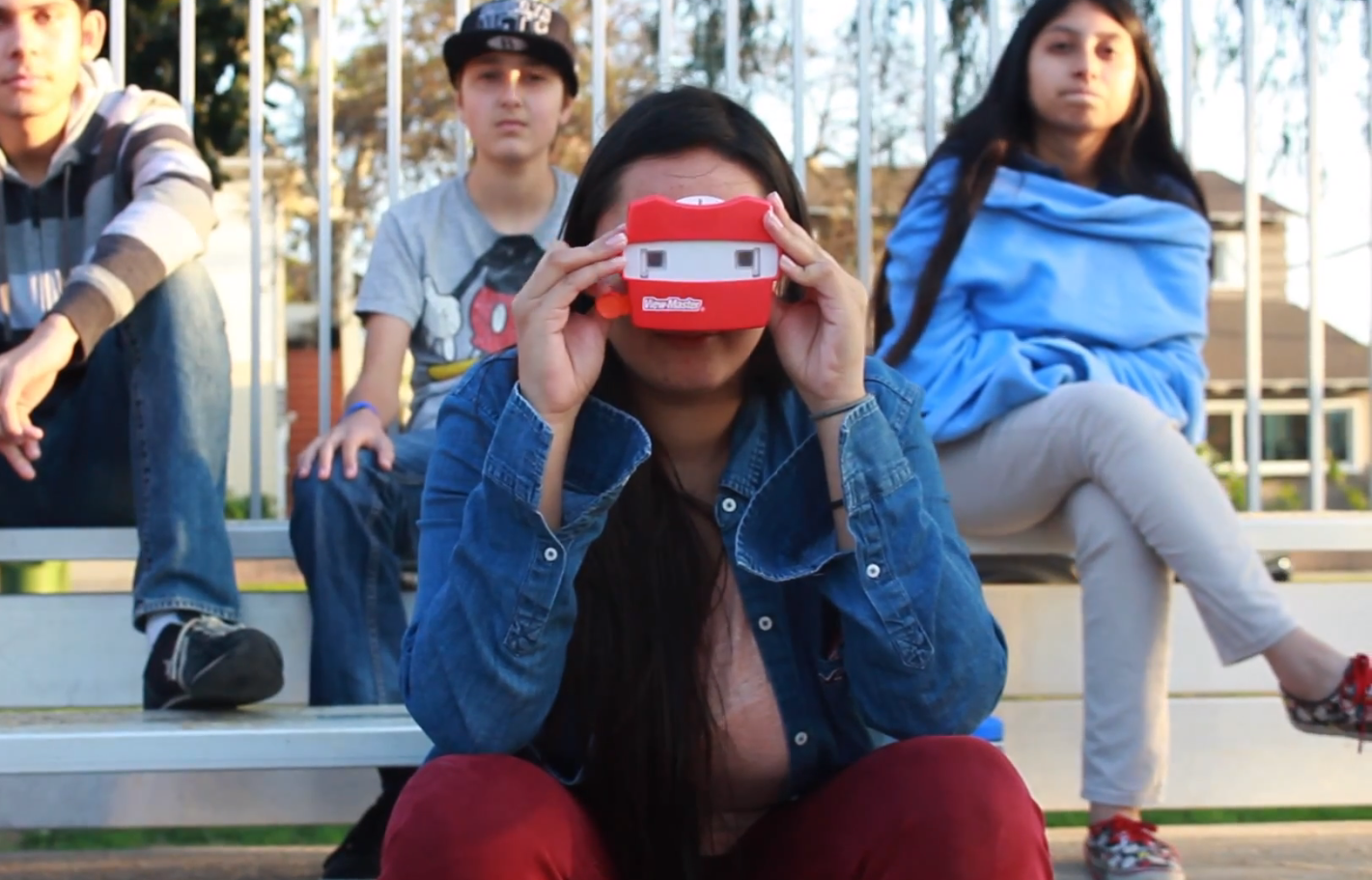 Wednesday June 10, 2015 11:59am
Venice Arts Advanced Studies student Rocio Padilla has been formally awarded one of the Warner Bros. Entertainment Reach Honorships for 2015.

Padilla has taken several classes at Venice Arts, developing her skills in photography, film, and animation. Her most recent workshop culminated in “View Masters,” a composite short of all participating students’ animations, and is available to view on the Venice Arts’ YouTube channel.
The honorship, which is both an internship and a scholarship, is a four-year program giving recipients guaranteed internships within the company beginning the summer after they graduate high school, and ending the summer before their senior year.
Padilla is the second student from Venice Arts to win the Reach Honorship. Genevieve Ward, a recent graduate of Reed College, was named a recipient in 2011.
Always an active student, Padilla’s extracurriculars did not end at Venice Arts. She has served as an ambassador for Girls Inc., a non-profit aimed at empowering young women; a member of the Finance Academy; a member of the National Society of High School Scholars since her freshman year; and the president and founder of her high school’s Art Club. She hopes to pursue a career as a creative director for film, animation or television.
“If you work hard toward your dreams, it will happen,” says Padilla. “And don’t be afraid to scream when it does.”
Since 2005, Warner Bros. has awarded internship-scholarship packages, known as Reach Honorships, to graduating high school seniors who are passionate about the business of entertainment.
Now in its twenty-second year, Venice Arts is a nonprofit arts organization that is committed to providing high-impact arts education for low-income youth in the areas of photography, filmmaking, and multimedia, and serving as a local and global hub for community storytelling through media. In addition to its core Art Mentoring & Education Program, Venice Arts implements regional, statewide, and international Documentary Programs with both adults and children; presents exhibitions, public programs, and workshops for adults centered around documentary photography and film; and consults on media arts, visual storytelling, and arts education locally and internationally. It is the philosophy of Venice Arts that self-expression, particularly through the arts, has the potential to transform and empower young people to see greater possibilities for themselves and for their communities.
By Melanie Camp June 10, 2015
Tags: featured in Venice Beach Art, Venice Beach Opinion, Venice Beach Organizations
Related Posts

Lawsuit funding is an alternative to direct cash payments for immediate help Despite unprecedented government assistance in 2020, many American...

Was This California’s Biggest-Ever Bait and Switch?

"There is, for example, no way she could easily reach her home in that leafy district over the last few years without passing by a homeless encampment or two. A large one still exists adjacent to the expansive West Los Angeles Veterans Administration hospital and home, less than three miles from her recent residence," writes Tom Elias on Vice President-Elect and Westside resident Kamala Harris.
Featured, News, Venice Beach News, Venice Beach Opinion

By Tom Elias, Yo! Venice Columnist It has been more than 30 years since any federal administration featured a Californian in a...

"Yes, health workers will be the first Californians to get the vaccine. But not nursing home residents. This is a huge failing in the state’s plan for prioritizing inoculations against the plague that has killed almost 300,000 Americans – about one-third of them living in long term care." Photo: Getty Images.
Featured, News, Venice Beach News, Venice Beach Opinion, Westside Wellness

By Tom Elias, Yo! Venice Columnist Teachers’ unions, police and firefighters argued in early December they ought to get the expected new...

"No one knows if the current almost statewide 10 p.m. to 5 a.m. curfew will slow infection. One thing for certain: it won’t achieve much if it’s not enforced, and many county sheriffs from Los Angeles to Sacramento and beyond are not bothering," writes Tom Elias in his latest column. Photo:Getty Images.
Featured, News, Venice Beach News, Venice Beach Opinion, Westside Wellness

Column: Will Flailing at the Virus Do Much Good?

By Tom Elias, Yo! Venice Columnist It is well established that wearing face masks confers a high degree of protection...