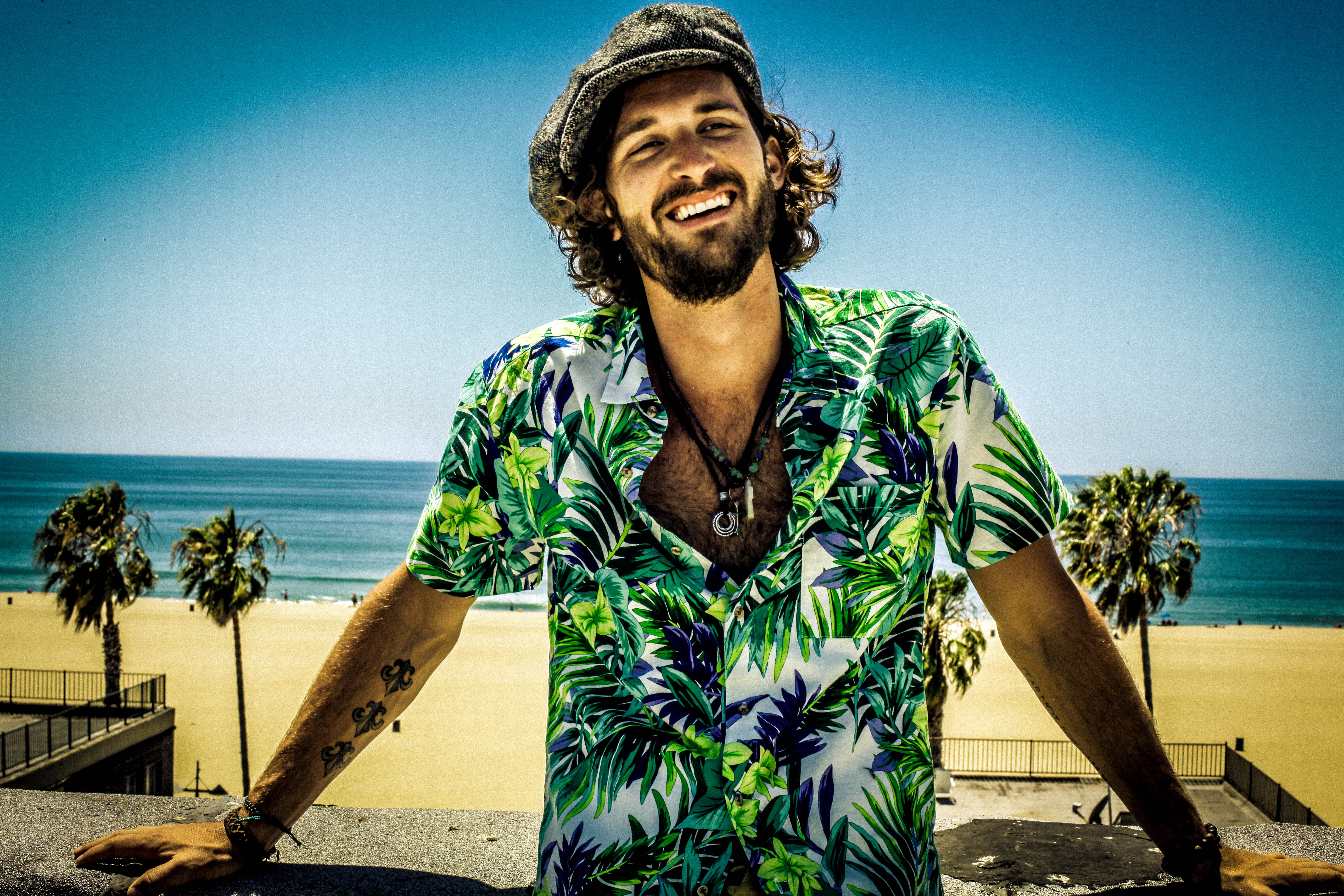 Venice musician Jef Joslin has launched a charity to help the homeless called LoveTrade, which sets out to help “less fortunate brothers and sisters” by providing them with Love Care Packages.

Most people would be satisfied with a full scholarship to play quarterback at a Division 1 University, but for Joslin, this road seemed more like a detour than an open highway. Growing up in the Appalachian mountains of Johnson City, TN, football looked like the most natural choice for those who knew Joslin. But he had other things in mind.

Only a semester in, he made the choice to give up his scholarship and transfer to Murfreesboro, TN to pursue a childhood dream of making music.

Studying audio engineering and music production, he played the Nashville club scene and developed his lyrical sense and studio chops in the songwriting capital.

He taught himself to play guitar, bass, keys, and drums heavily during those years, allowing him a full range of sounds in the studio and on the stage.

After five years in middle TN, he made the transition to Atlanta, GA and very quickly caught the attention of manager, Brian Richardson of B.o.B and Playboy Tre fame.

Richardson took him under his wing, putting him to work with Grand Hustle producers and writers and setting up live performances that included a six month residency at Atlanta’s Smiths Olde Bar and an opening slot for Janelle Monae, Wiz Khalifa and B.o.B at SXSW’s Atlantic Records showcase in Austin, TX in 2011.

Eventually, a lifelong dream of living on the west coast of California came knocking and Joslin answered swiftly.

He packed everything he owned in his Toyota 4 Runner and made the long cross country haul to LA and landed in his new home Jan. 1, 2012.

He wasted no time after arriving. Within seven months, he had made more headway than most who make the plunge into the entertainment headquarters.

Besides playing the LA and South Bay club scene, Joslin spent his time auditioning for NBC’s four famed coaches on “The Voice,” acting in a national Budweiser commercial featuring Jay-Z, and a lead role in Panasonic’s “GENESIS,” a short film showcasing their new GH3 camera.

In November 2012, he opened 222 Studios, “LA’s Most Laid Back Recording Studio,” and went to work on his first full length album, “For Your Eyes Only,” an amalgamation of epic, mega hook-driven pop songs drenched in Joslin’s signature soul sound, which he released in November 2013.

Now in Venice, Joslin has truly narrowed in on his “California Soul” sound.

On any given day you can find him serenading drifters along the Venice boardwalk and see people of all shapes and sizes dancing along to his mellow rhythm.

Playing songs from his latest release, “Come Out West,” a blend of Stevie Wonder’s Motown groove, dripping with Brian Wilson-esque harmonic arrangements, he has encapsulated the feel good, California sunshine music he always dreamed of making.

When did you come up with the idea for LoveTrade?

My wife and I came up with it as an answer to the ongoing internal struggle of whether to give money to homeless individuals when they ask for it. You may want to help, but you don’t want to encourage or aid an addiction or perpetuate a cycle. Our Love Care Packages offer a solution, providing a gift card for a week’s worth of groceries, hygienic products, and a hope booklet with seven self affirmations for each day.

Could you talk a little about the name’s origin?

Honestly, I came up with name in a dream. The idea is that we trade love/joy for sorrow. It comes from a scripture in Isaiah I believe.

What makes LoveTrade unique compared to other charities and nonprofits?

I don’t really know about too many other charities. I don’t really know much about what a charity is or how it’s supposed to function even, but I know that homeless people need love and hope just like anyone else. I figured this was a unique way to use what I have to try and do some good, and possibly create a movement towards that idea.

How is LoveTrade related to your music?

I have a song called “Stand Up” that highlights the homeless individual with hopes to put a name with a face and bring to light the fact that they need someone to stand up for them. Often times they’re simply victims of addiction and isolation from friends or family, and they find it hard to find a place back into society. This is something I’ve been passionate about for a while so I try to use my music to create awareness. It’s where 10 percent of my money goes and where 10 percent of any money made from my music merchandise sales goes as well.

Has living in Venice influenced the project at all?

Certainly. There’s a massive homeless population in Venice. Some of them are drifters and are perfectly content moving with the wind. Others are isolated and need some help getting back on their feet. It’s been eye opening getting to interact with them and hear their stories. It’s pretty much out my back door so it’s something I notice everyday. When it’s your neighborhood, it becomes more real than just the occasional person you pass by on your way to work.

What do you hope for LoveTrade in the long run?

I would like to continue creating more and more packages. I’ve also started an initiative to try and create a series of videos of helping people achieve a small dream, the first of which is on my YouTube channel at YouTube.com/JefJoslin. I also have a vision for a monthly beach concert series devoted specifically to feeding and healing the homeless, which would involve all sorts of likeminded people in the neighborhood offering their gifts of art love and healing with an effort to help restore these homeless individuals back to a state of joy and wholeness.

For more information on Joslin and Love Trade, visit www.JefJoslin.com and www.LoveTrade.net.