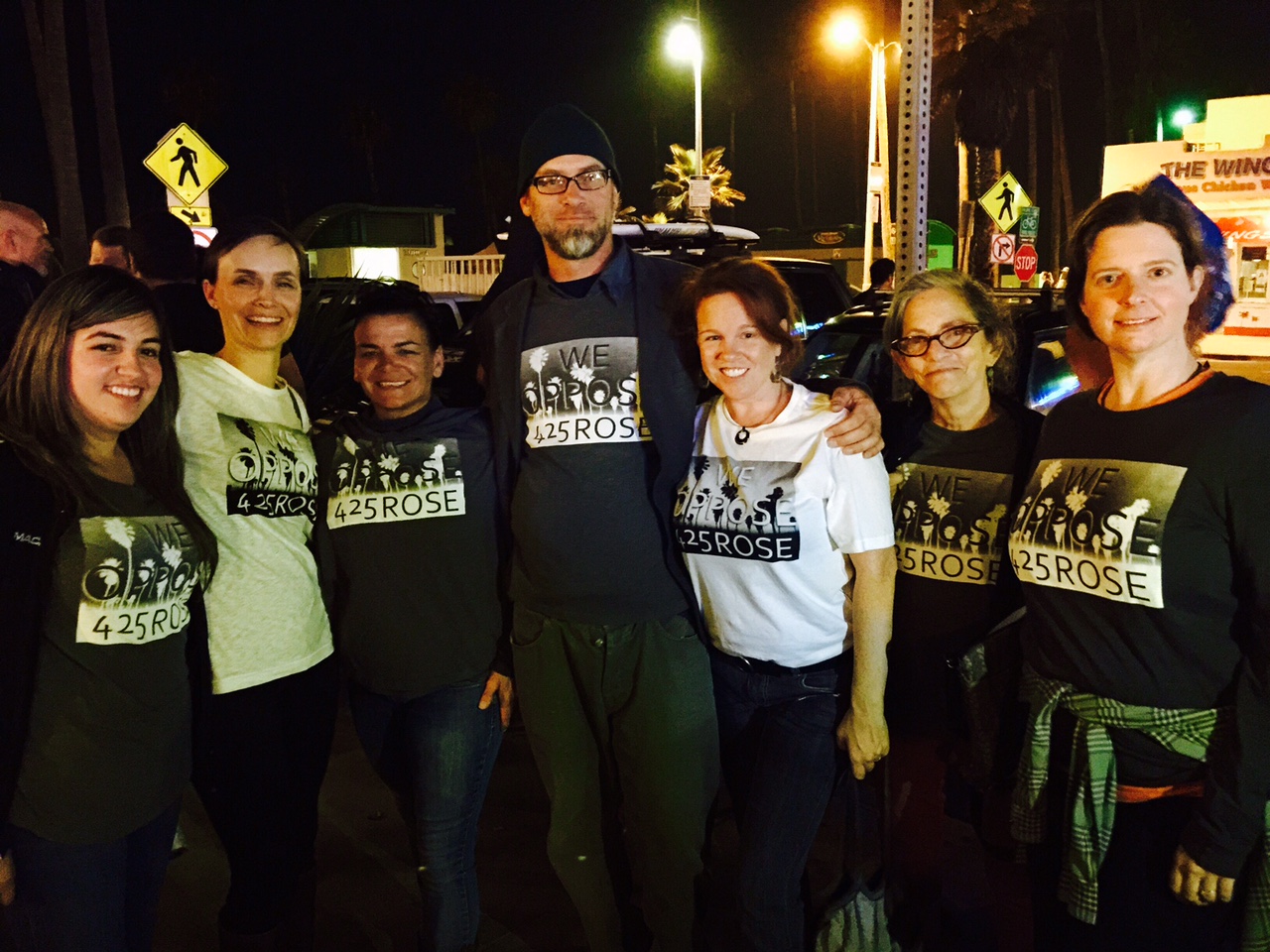 Bruce Horwitz has not always been the villain of Venice. However, the restaurateur behind two Abbot Kinney favorites, Tasting Kitchen and Wabi Sabi, was not a welcome presence at Land Use and Planning Committee (LUPC) meeting on Tuesday, June 2.

The latest long meeting saw everything from legalizing bootleg apartments (a motion that passed by the skin of its teeth) to the demolition of low income housing on Venice and Oakwood.

Yet it was those opposed to a development at 425 Rose Ave., Venice that filled the Venice Whaler at 10 W. Washington Blvd.

The development in which a new restaurant has been proposed for the building that once was the Venice Ranch Market and is still home to the much loved Venice favorite La Fiesta Brava has faced fierce opposition.

When asked why she thought Horwitz was fighting such a battle with the new development when so many along Rose have had success before, Kimmy Fae Miller, founder and president of WeOppose425Rose said, “It’s the first one where a family restaurant is being displaced.”

Miller addressing the LUPC board on Tuesday night.

On April 23 there was a zoning hearing at the West Los Angeles Municipal Building regarding plans for the La Fiesta Brava location. Assistant Zoning Administrator Lourdes Green granted a 60-day extension.

LUPC’s Maury Ruano supported the motion on June 2. He had been the one to draw up a report on the 425 Rose development. Ruano found the project did provide sufficient parking and did not constitute a change of use. Other’s on the LUPC board did not see how it couldn’t be anything other that a change of use and ultimately the motion was denied.

Instead an alternate motion was proposed and passed instantly where LUPC said it would recommend to the Venice Neighborhood Council to oppose the new development on the grounds that there is already an over concentration of alcohol licenses on Rose Ave., that the patio dining and proposed hours of operation would be disruptive to residents, and the hottest topic throughout Venice, the impact of limited parking.

Breaking through the crowd, Miller crossed the room towards Horwitz.

“Bruce, I’m…” struggling to find the words, tears welling in her eyes. “I didn’t think they wouldn’t pass the motion,” she said.

Horwitz reaching out, resting a hand on Miller’s shoulder, consoling the woman who has been his fiercest opponent.

An interesting twist in the La Fiesta Brava saga has been that Miller and Horwitz, through their battle fighting for opposing causes, have grown to admire each other.

“Bruce is so great,” says Miller, speaking of development along Rose in general. “I feel that this all should have happened a long time ago, because I don’t feel it’s about any one project…knowing Bruce’s character over the past couple of weeks that I’ve gotten to know him, I think that he is going to do well and I’m sad and I’m happy. It’s bittersweet.”

If Horwitz does eventually have the chips fall in his favor the plan is to create something different on Rose Ave.

“There’s this great place in Koreatown on the corner of Western and 8th called Pollo a la Brasa they serve the best wood fired, rotisserie chicken,” Horwitz said. “It’s somewhere you dig in and get your fingers dirty. I’d like to do something more that style than Tasting Kitchen, but exactly what it serves is still up in the air, either way, it’s not going to be fancy.”

At the next Venice Neighborhood Council meeting, scheduled for June 16, the VNC Board will vote on the project recommendation, ahead of it returning to a second City hearing.

Read more about what could be the end for La Fiesta Brava here.