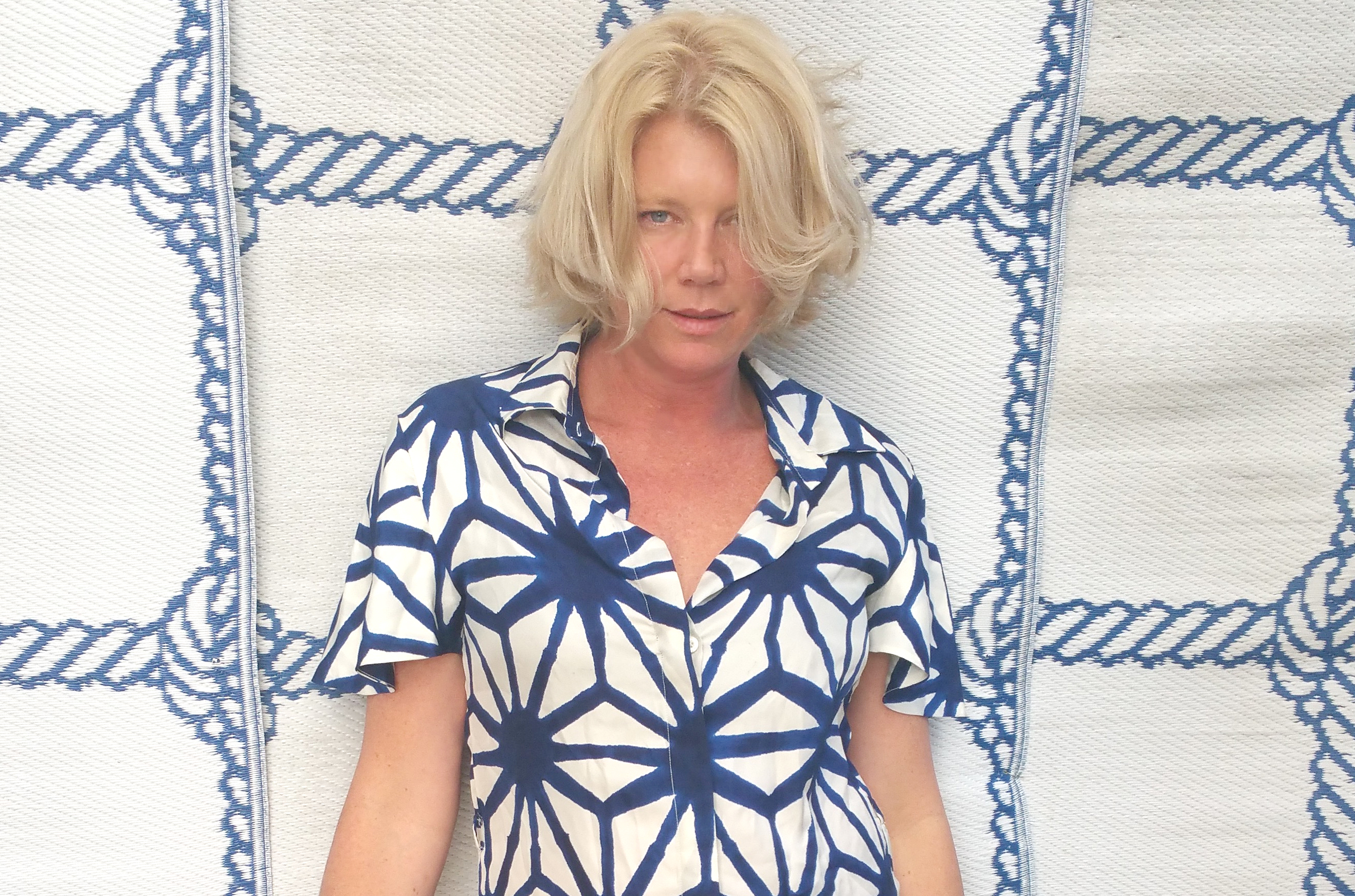 While many Venetians mourn the loss of the businesses along Abbot Kinney that made up the old guard of Venice, like Bountiful and Hal’s, and as these old favorites close their doors to make way for a slew of high-end chain stores, one woman, Australian actress Peta Wilson, is holding her own on the street as an individual business owner.

Wilson is an artist first and her brand Wylie Wilson gives hope that the real Venice is still very much alive on Abbot Kinney.

Wilson, who played the lead in the 90’s TV series La Femme Nikita turned to lingerie as a way of mending a broken heart.

“I knew I had to get back out there but I couldn’t find any lingerie that I felt sexy in, I don’t fit the standard cookie-cutter sizes, so I made my own,” Wilson said.

One day a woman came into the Wylie Wilson store with a friend. Wilson noticed that unlike her friend, the woman was not trying on bras.

“It turned out she’d recently fought breast cancer and had undergone a mastectomy,” Wilson said. “She’d really lost a lot of confidence.”

“The day she came back to try on her bra, the look on her face when she realized how beautiful she was regardless, and more so because of what she’d been through, that was when it clicked,” she said. “That’s when I knew for sure that I was on the right track.”

Wilson ended up giving the woman the bra as a gift.

Being able to give is something that has always motivated Wilson. Today, Wylie Wilson donates 40 percent of profits to the Pegasus Liberty Foundation. The Foundation supports local and international organizations working on the front line around the world to free and rehabilitate slaves.

To date, Wylie Wilson has helped free 1,002 people from slavery.
“Today there are 43 million slaves all over the world and it only takes $525 to save a life, to remove someone from slavery in a mine in India, and to give them an education, that’s what makes me get out of bed at five o’clock in the morning and scrub the floors and get the store ready for the day,” she said.

Wilson has found designing lingerie not only to be a satisfying creative outlet but also a way she can support herself and her son outside of show business.

“It was important my son grew up away from all of that,” she said.
The name Wylie is a play on words – Wilson merged “why” and “lie” to come up with the name for her brand.

The idea being that a woman is most attractive when she is comfortable in her own skin, no matter what her shape, size, or style.

“I don’t look like other girls,” she said. “I like to see every single style, for every single shape. All women are different. You’ve got to have some underwear on that if you go on a hot date and you think he might be okay for a show, at about 11:30 pm at night if he’s fun, and the right Rolling Stones song comes on.

“I think a woman’s sensuality comes from nature; if men can understand the weather and roll with the beauty of the weather, that one day there’s a frightening hurricane and there’s destruction and the next day it’s beautiful. Women are more like the weather than we are anything else.

“A lot of underwear companies you can go and buy five bras, like a halter-neck bra or a cross-back bra, but you want something you can wear with a backless dress. I just made one bra that does it all. They’re beautifully made here in Venice, just up the road from the store.”

When designing the lingerie it was important for Wilson that it be comfortable as well as beautiful.

“I was trying to make bras but I didn’t like underwire,” she said. “I needed to find something that was supportive but still comfortable and flexible, I needed to ‘stack the rack.’ I asked my Dad, who is an ex-soldier in the Australian Army, my brother was a soldier too in the SAS (Australia’s equivalent of the Navy Seals), and Dad said, ‘Well my Army pants never fell down and neither did your brother’s, look at what the U.S. Marines use.’ So I did. I bought a second hand pair of pants from a U.S. Marine uniform, I cut them open, and worked out the elastic they used. You can’t see it, but the Americans are holding everything up.”

While lingerie was the beginning of the Wylie Wilson brand, in its new location on Abbot Kinney Blvd. it has expanded to encompass a broader range.

Bags, dresses, home-wears, and art all designed or curated by fellow artists who work under the Wylie umbrella.

“I’m encouraging other painters and actors and musicians to do small capsule collections,” she said.

Inspiring the Wylie Wilson store was the idea it be more of a creative space than a store, in fact Wilson will correct you if you call it a store.

“It’s not a store, it’s a salon, darling,” she said, her voice smooth yet husky like a rock star. “Think Gertrude Stein’s Parisian Salon where the artists come and get together and they conspire, they act, and they write. We welcome anyone to come in, not just to shop but to bring in a coffee, sit down, and hang out with their laptops and get inspired in the salon. It’s a great place for artists to just come and hang out, may be to write or draw. That’s the sort of thing we like to encourage here.”

Wylie Wilson is located on the corner of Abbot Kinney Blvd. and Santa Clara Ave., Venice.