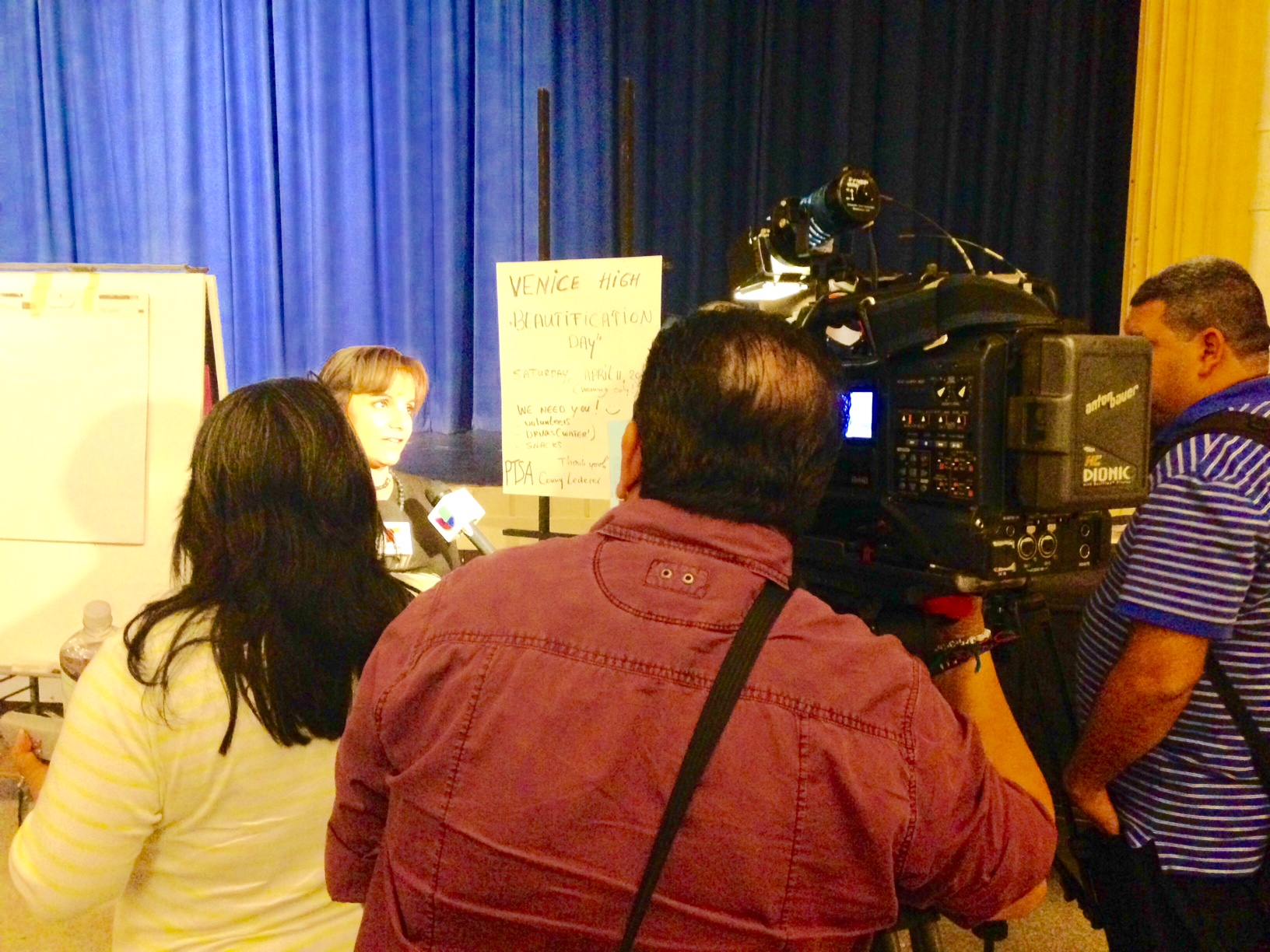 Los Angeles Police have now arrested 12 of the 14 students believed to have been involved in producing and distributing, via social media, photos and videos involving sexual acts. All students are between the ages of 14 -17 rendering the issue of whether or not the acts where consensual or forced irrelevant, as under the law minors cannot give consent to a sexual act.

Parents had the opportunity to ask questions, writing them on cue cards.

A major concern was why the arrests occurred during school hours. Los Angeles School Police department Chief Steven Zipperman explained this was done to preserve evidence. As the pictures and videos had been shared via social media off electronic devices school police needed to “arrest all students simultaneously so as not to loose evidence” he said.

Budget cuts have seen the number of security officers reduced at the school however one parent was concerned introducing more police and security would turn Venice High School into a police state.

Zipperman said that while school security and police make positive mentors and role models for students it was necessary that “young people understand the importance of respectfulness and treating each other with dignity.”

LAUSD Superintendent Cheryl Hildreth said it was important they “craft next steps from within the school” and that what happens next is not a directive passed down from the district but an empowered decision from within Venice High School.

Principal Bishop said the focus in the lead up to Spring Break would be the ongoing investigation and after this, the school would be able to focus on healing and rebuilding a reputation the community can be proud of.

As a show of support Venice High School students have embraced a more positive use of social media, spreading the hashtag #venicehighschoolisgreatbecause…