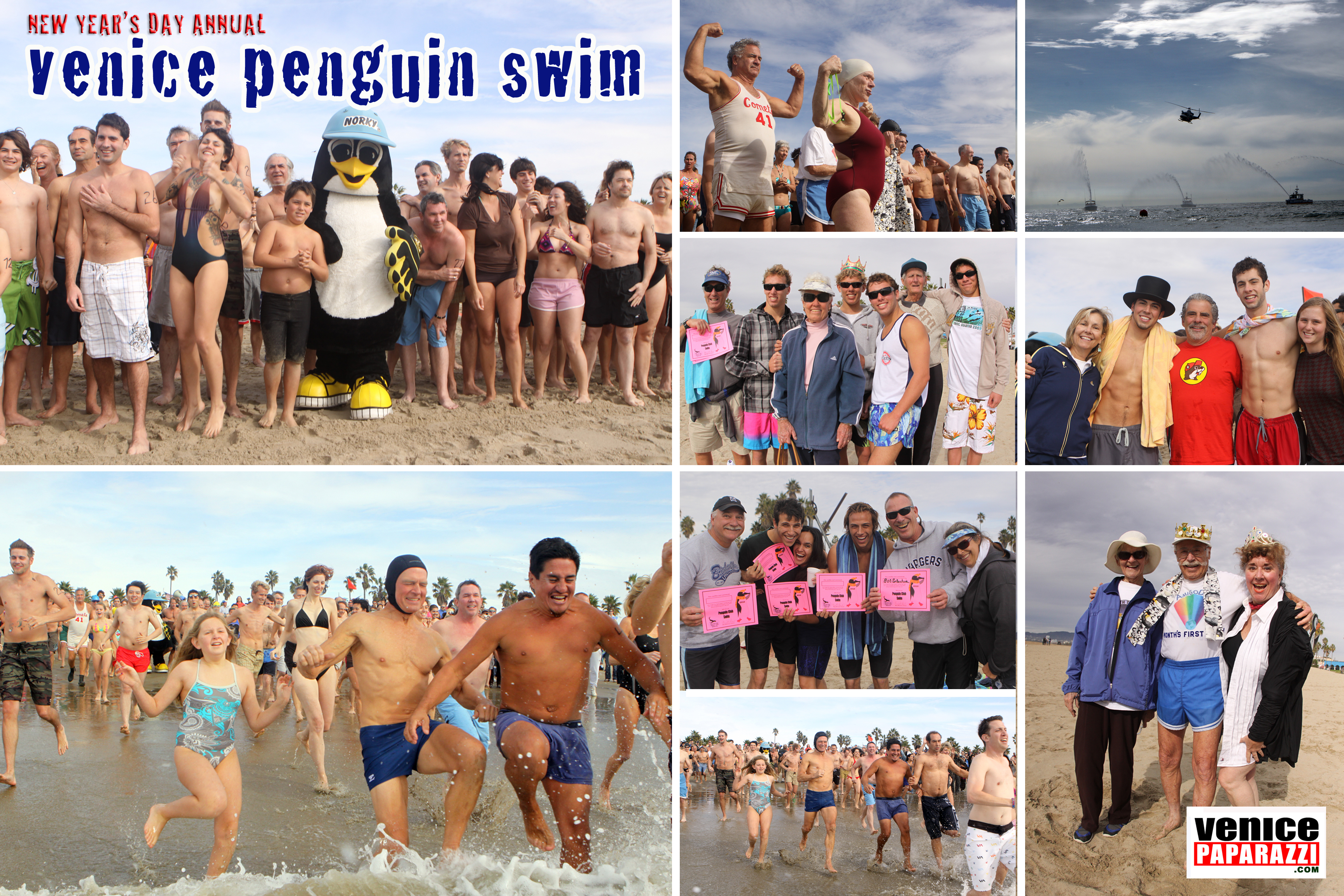 Give your New Year a cool fresh start with an ocean swim on Venice Beach this Thursday, Jan. 1!

Join the Penguin Club at 11 am to sign up for the free event; the swim begins at noon where Venice Blvd. meets the ocean.

Free snacks and hot drinks will be provided courtesy of the Sidewalk Café.

Commemorative t-shirts will be available for $10.

Cecelia Kilger, a Los Angeles transplant, began the tradition in 1952.

As a child, she swam in the frigid waters of Lake Michigan.

After getting caught in the surf off Playa del Rey, she got a tip to try the Venice Beach backwater area.

There, she found other swimmers, and they met up throughout the year.

One lifeguard suggested they start an informal club, and in 1960, the group became official.

Since then, the “Penguin Club” has kicked off the year with an ocean swim.

Participants can choose between courses: one for people who swim for fun, and another for those who want to compete.

Everyone will receive a certificate, but the fastest male and female swimmer in the competition course are crowned prince and princess.

By Yo Venice Staff December 30, 2014
in Opinion
Related Posts