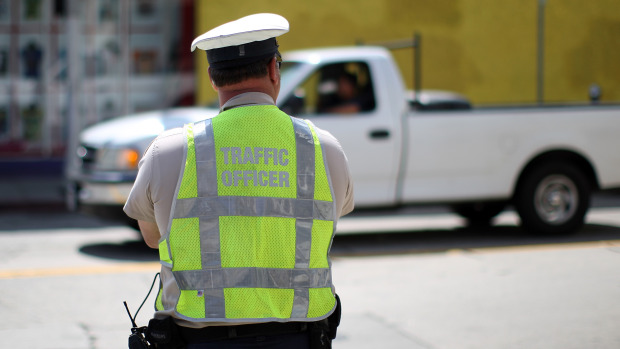 A motion to install a Traffic Officer at  the Intersection of Washington Boulevard and Pacific Avenue will be voted on in Tuesday night’s Venice Neighborhood Council meeting after the Neighborhood Committee voted for the move 12-0-1, Aug. 28.

The intersection is is the gateway to the Venice Pier (to the west), the Marina del Rey and Venice Beaches (to the south and north), the major parking lot south of the Venice Pier, the Venice boardwalk and bike path, as well as being the exit point for all of these attractions.

Marc Saltzberg, on behalf of Neighborhood Committee, is putting forward the motion, “whereas there are scores of restaurants, bars and retail establishments immediately east and west of the Intersection, all of which attract traffic.

“The Intersection is a prime chokepoint for automobile, bicycle, skateboard and pedestrian traffic into and departing from the Venice – Marina del Rey beachfront and environs; and traffic has become unmanageable during busy periods leading to gridlock, congestion, flaring tempers, jaywalking and a host of other traffic violations, significant exhaust emission, fender benders, road rage and general urban distress.

“The Intersection necessarily receives much of the traffic in the area because of the limited number of north and south through streets and no westbound egress because of the “edge of the continent.”

“The combined traffic and resulting bottlenecks greatly restrict access of emergency vehicles and personnel responding to a natural or manmade disaster or other fire/police /medical/infrastructure emergency, thus constituting a clear and present danger to the community.

“The recent tragic lightning-strike fatality and injuries and the vehicular homicide on the Venice Boardwalk along with other common and/or statistically unusual but likely scenarios point out the need for substantially improved ability to evacuate the beach area, while control and regulation of the density of traffic of all kinds in the vicinity of the Intersection are critical for smooth traffic flow.”

The Venice Neighborhood Council Board recommends that the City of Los Angeles station a traffic control officer at the intersection of Washington Boulevard and Pacific Avenue during summer weekends and Holidays to direct and divert traffic.