While the Venice Pier was busy hosting a British boy band earlier today, the Venice Sign at Windward and Pacific was hosting Japanese television and recording star Becky♪♯ (ベッキー), who was shooting a music video and publicity stills. 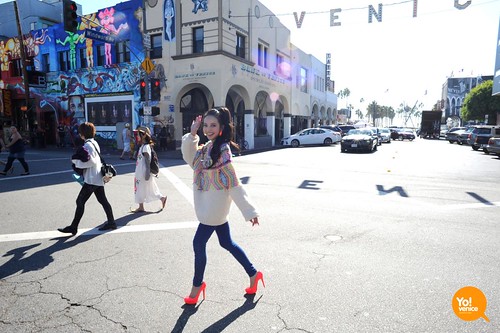 Becky♪♯, who rose to fame in Japan as an actress and model, has recently found success in music, her first single under EMI Music Japan debuting in the top 10 of the Oricon’s Daily and Weekly Charts. 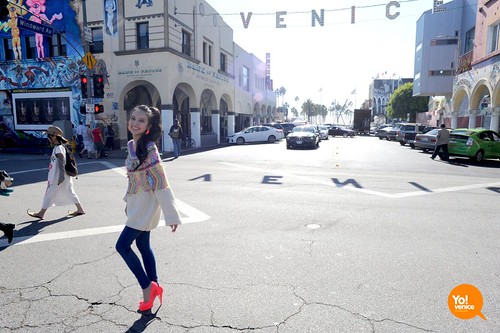 In 2008, Japan Today named Becky♪♯ the most popular female television personality in Japan.

Hopefully Becky♪♯ will be back in Venice some time soon!