Councilman Bill Rosendahl, VNC President Linda Lucks, Gary Lee Moore of the Department of Recreation and Parks, Captain Peters of LAPD Pacific and representatives from the Canadian-based Greenheart Conservation Company staged a ceremonial “ground breaking” event at the Venice Recreation Center to celebrate the opening of the “Flightlinez” Venice Zipline project today. The Zipline should be operational by the end of the week. 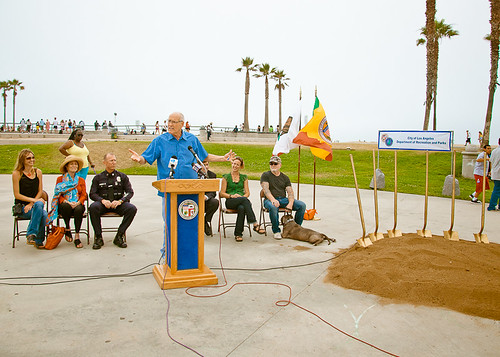 From the Council office:

Rosendahl proposed the pilot program to the Venice Neighborhood Council in May 2011, which was then approved by the Los Angeles Board of Public Works, and finally the California Coastal Commission. 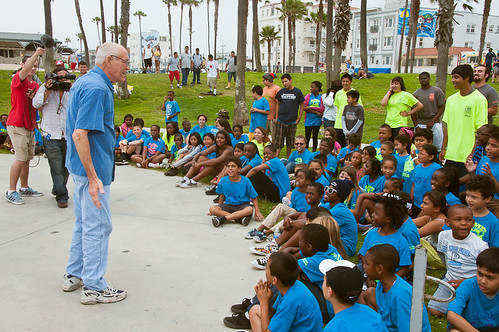 The Councilman meets some kids from “Camp Oakwood” at the photo op!

Rosendahl insisted that two-thirds of its revenue be used for beach maintenance, such as maintaining clean bathrooms and trash bins.

The Venice Zipline will be open from 11am – Sunset. The ride will cost $20, but California ID holders and Public Transit Users will pay $18.