Back in March when “Szechuan” closed down at 2905 Washington Blvd in Marina del Rey, I did some digging around to find out who the “Washington Group LLC” was that had applied for the change of ownership application with the ABC. I ended up speaking with Sal Aurora (Happy Endings in Hollywood, Black Market in Studio City) who confirmed that he and his partners had taken the space. 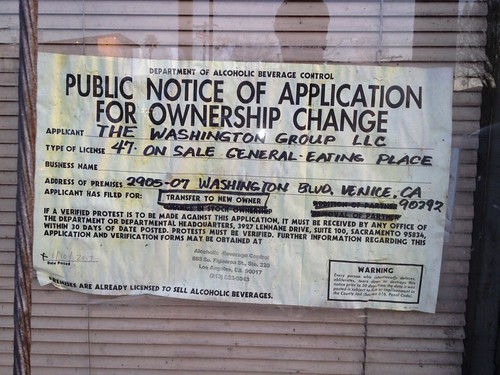 Sal said when they were ready to go public he would “call (me) first” for the “exclusive”, but it looks like our always awesome friend Caroline on Crack got his partners to spill the beans first. Anyway, it appears Sal and his partner Mario Guddemi are teaming up once again with chef Antonia Lofaso (Black Market) and Pablo Moix and Steve Livigni (Black Market, La Descarga, Harvard & Stone) to create an as of yet unnamed restaurant featuring a cocktail bar named “Old Lightning” in the space, which they expect to open in June. 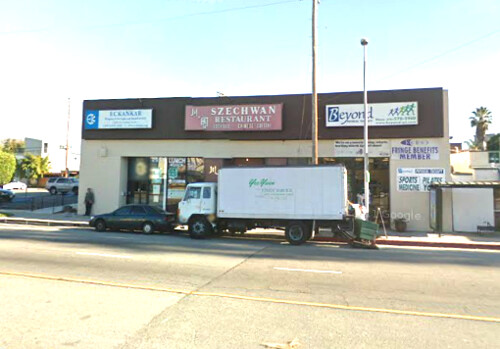 Caroline notes that the “Old Lightning” bar will be attached to Lofaso’s 5,000 sq ft restaurant and seat 25 people. Cocktails will range in price from $10 to $20, but there may be some $25 margaritas thrown into the mix. The decor is expected to be “done up like a swinging midcentury bachelor pad”. Barkeep Steve Livigni says:

“We’re not going to let people in in flipflops and shorts. No beach attire. We’re not going to be as stringent as Pour Vous and La Descarga where people have to have jackets but we’re going to expect people to show up looking nice.”

As the bar is located in Marina del Rey, the dress code might fly … but then again, they might want to reconsider the “Hollywood-ish” dress code if they want to embrace the Venice crowd to their north.

By Bret May 11, 2013
in Westside Wellness
Related Posts