Update: the guy is now in custody, 3.5 hours or so later.

All the helicopter noise is for this guy near Rose and Lincoln that is looking like he is trying to take a nap on a house (6th and Vernon). 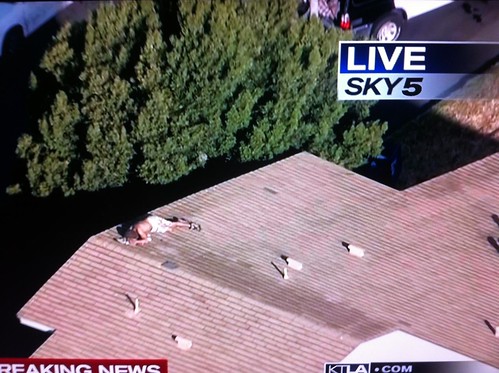 Update: Channel 11 news says that he is a suspected bicycle thief they chased onto the roof. 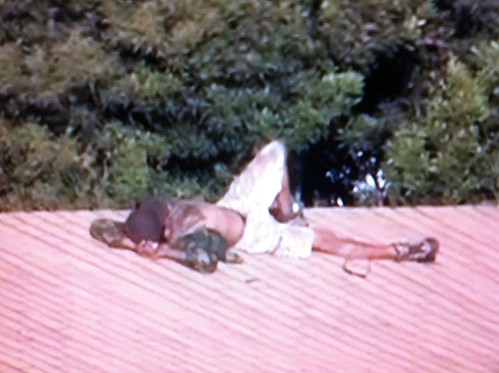 KTLA says LAPD has called in the SWAT team to deal with this guy. 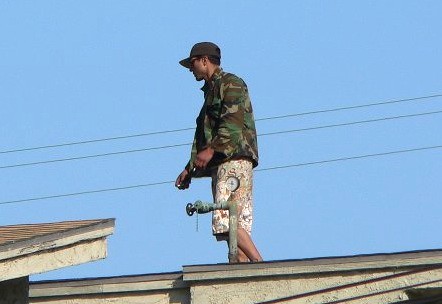 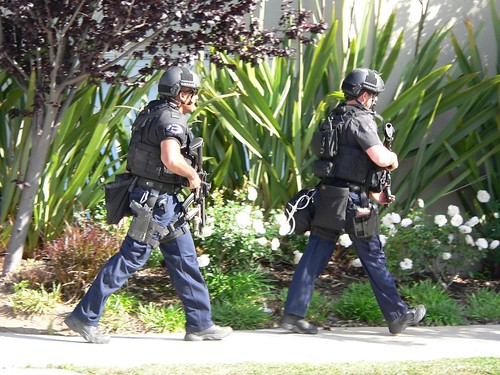 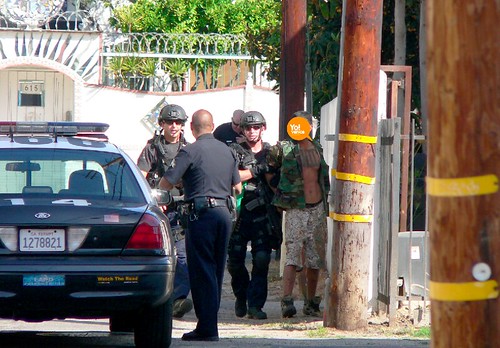