The palm trees that line Ocean Front Walk have been given a new look, as City crews trimmed back the fronds on Friday. 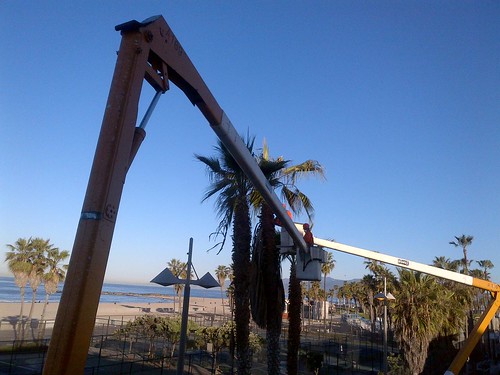 Venetian Alex R. said that one of the crew told him it had been about 5 years since they were trimmed. 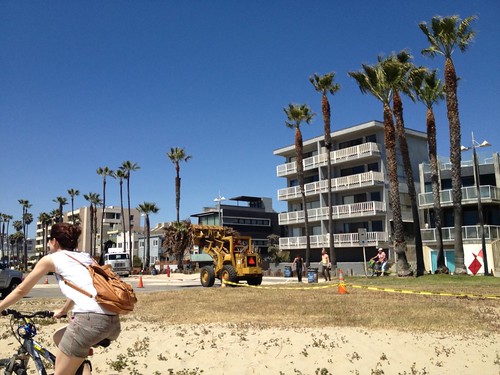 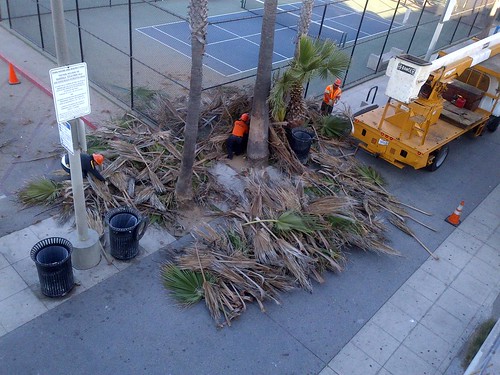